Peter Barker was inspired to start make Pi0CKET Tiny Pi following the release of the Pi Zero, and seeing other makers cramming it inside an old Game Boy. “After ordering all the parts, I initially wanted to do the same, but couldn’t bear to take a working Game Boy apart.”

Instead, he created his first standalone Pi Zero-based gaming device using a cheap 2.2 inch SPI screen flanked by two stripboard button arrays. “Things progressed from there, really,” recalls Peter. “I didn’t like how big the circuit board was for the screen, and realised that there weren’t all that many bits to it, so I started designing my own.”

This resulted in his diminutive Game Boy Zero device featuring a 2.2 inch display on a custom PCB, “which was pretty much as small as I thought I could go.”

However, Peter then found a smaller, 1.44 inch TFT screen that perfectly matched the 128 × 128 resolution of the Pico-8 fantasy games console that he’d stumbled across after looking at the PocketCHIP handheld computer. “It took me back to the good old days of the [Sinclair] Spectrum, where the system was small enough that kids in their bedrooms could make brilliant games. I tried it on my GBZ project and it was good fun to have a portable system that could play all these games, almost like having a part of my childhood in my pocket.”

The PiOCKET Tiny Pi took him two months to put together. “The biggest hold up was getting my hands on some screens. There are many suppliers who sell them attached to a PCB, but I didn’t want that extra bulk.” Instead, he designed his own super-skinny PCB, a mere 0.8 mm thick, which is mounted directly to the rear of a Pi Zero W.

On the front of the PCB are a five-way joystick (with push-in function) and two push buttons. There’s also a three-way navigation switch at the top, which can be mapped to extra functions. The device is powered by a slimline LiPo battery, strapped to the Pi Zero along with a TP4056 charger. Stereo sound is supplied by two piezo transducers situated behind the screen.

As well as Pico-8 software, Peter has programmed the Tiny Pi to run classic console games via the RetroPie emulation system. “You are restricted on the games you can play. The 128 × 128 resolution makes things like SNES or Mega Drive games hard to see, although the Pi is actually capable of playing them.”

The original version of the Tiny Pi was ‘naked’, but Peter has since clothed it in a 3D-printed custom case. Designed using OnShape, he’s made it as slimline as possible, to match the rest of the project. “It needs a spot of refinement, but the main change I would like to make would be to the software side of things. My real goal is to have it like a Game Boy, where it starts up quickly, you can play a few games, then just switch it off, no worries about shutting down and waiting for it to finish things.”

To keep the size down, Peter designed his own slimline PCB and had it made by OSHPark. You can download the design or order a board here. 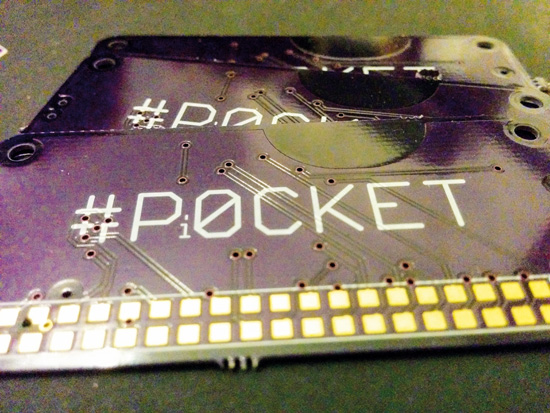 The Pi Zero is mounted directly to the rear of the PCB, its GPIO header soldered to the connections. A LiPo battery and TP4056 charger are strapped in place. 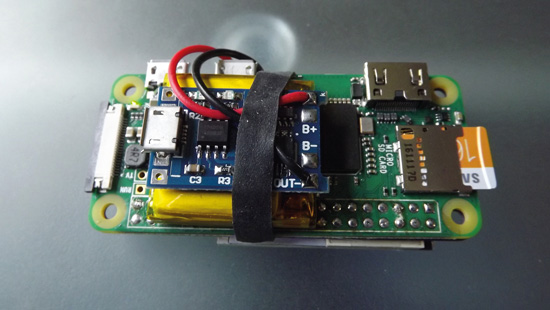 Peter designed his own slimline case using OnShape. It comprises a top, bottom, and backplate, and covers for the joystick and buttons. Find the files here. 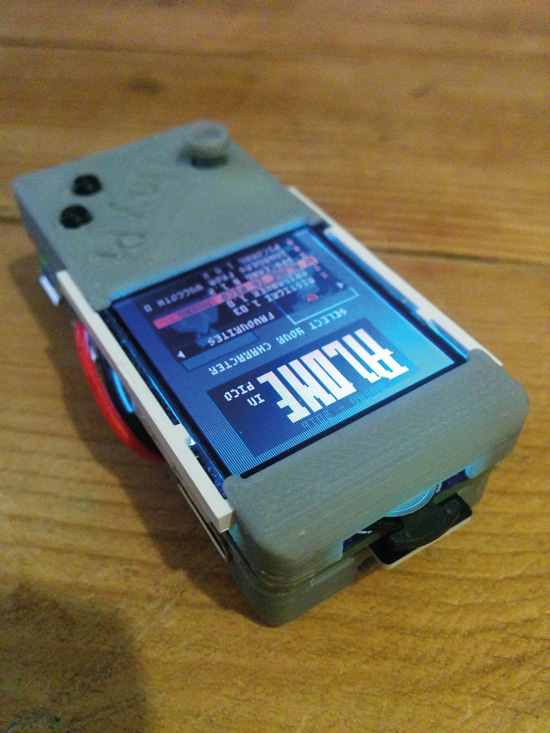