The Raspberry Pi is taken incredibly seriously in engineering, with thousands of small boards around the world embedded in industrial projects.

Peugeot Citroen has taken the Raspberry Pi to heart and is using it to revolutionise the way it builds cars.

The jewel in its crown is this Automatic Guided Vehicle (AGV) used in its Portugal factory. We spoke to Pedro Lopes, Manager of the Engineering Department. "In our weld shop process, the cars are transported in a wheeled iron structure that we call 'the chariot,'" said Pedro.

This giant robot is used to lift and move cars around the Peugeot Citroen factory. "Our metalworkers made the total iron structure," explained Pedro. "At the same time, the programmers, who are all Raspberry Pi fans, started to choose the components and began writing the code."

The result is an autonomous robot used to lift and carry cars around the factory. 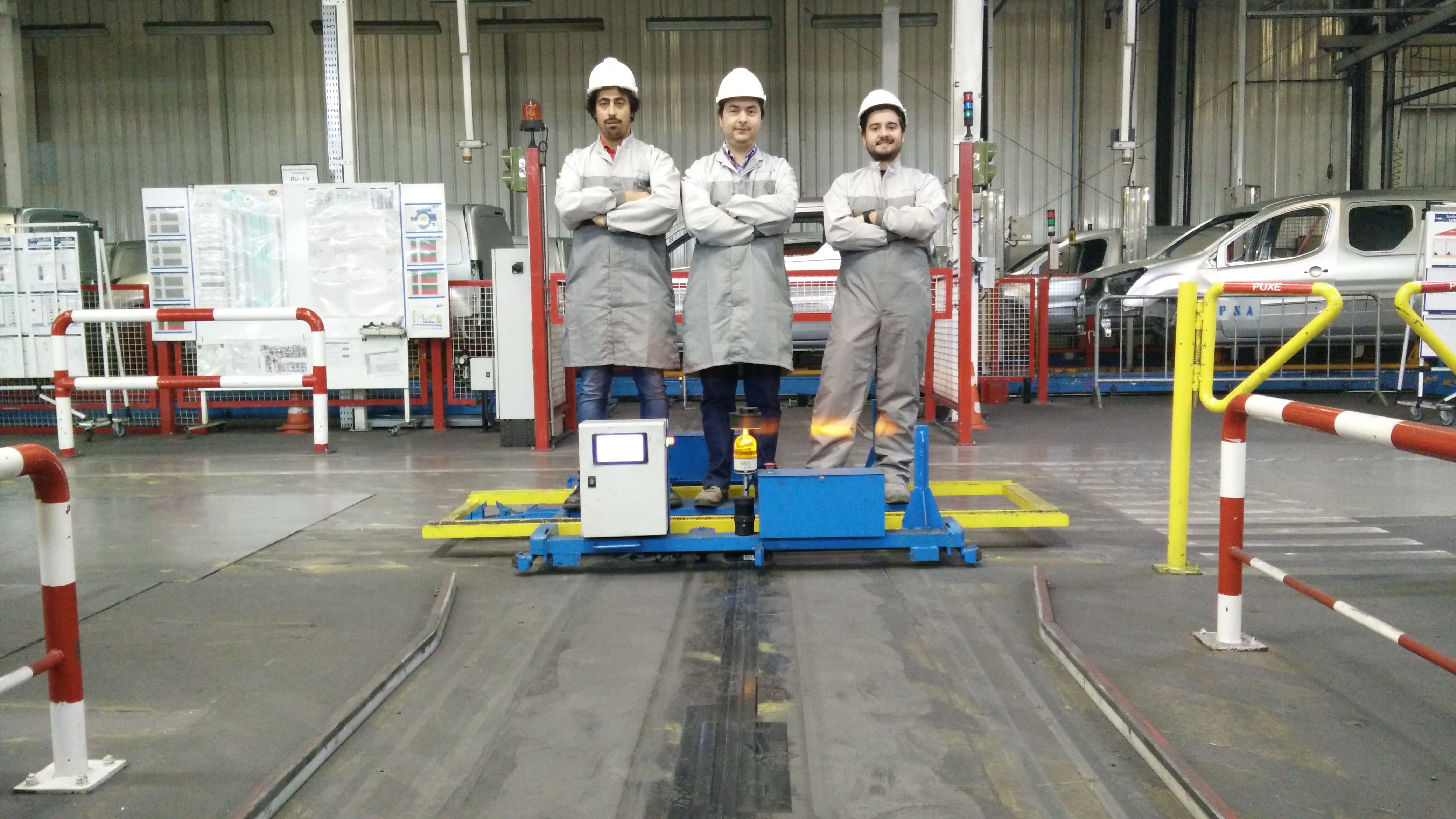 A Roboteq MGS1600 magnetic band sensor is used to guide the AGV along the magnetic track that runs around the factory.

"It travels 36 meters per cycle," says Pedro."We currently have a production of 220 cars per day. That means the AGV makes 220 cycles per day, which means it travels 7920 meters per day.

"The robot sports a Robopeak RPLidar 360o scanner for safety. "The RPlidar is used for people detection," Pedro told us. "The AGV stops if a person is in its way."

"We are currently working on adding an automatic charge system," says Pedro. "Today the charging system is manual, and an operator puts the AGV to charge during its downtime."

"We are getting requests to make more AGVs for other plant sections," says Pedro.