When it comes to the work of Audiotronic founder Raphaël Mouneyres, silence is most certainly not golden. Given his job entails the repair of electronic pipe organs, a lack of sound points to a major problem – one that’s happening more often and becoming trickier to resolve using original parts.

Raphaël tell us that he increasingly found components for first-generation digital pipe organs – many of which are installed in churches across the world – to be either obsolete, expensive, or simply unobtainable, threatening to consign many an instrument to the scrap-heap.

The solution has been Organnery, a project to to strip the organs of their old electronics and replace them with something new. “After some thoughts and calculations, we came up with a method that would retain the console, keyboard, and controls and instead make use of a small, affordable, and efficient single-board computer,” he says.

The chosen device was a Raspberry Pi, selected because of its worldwide availability, strong development community, and affordable price. It offered a perfect way of bringing pipe organs back to life so that they can be played as before, while allowing modern options such as a touchscreen. 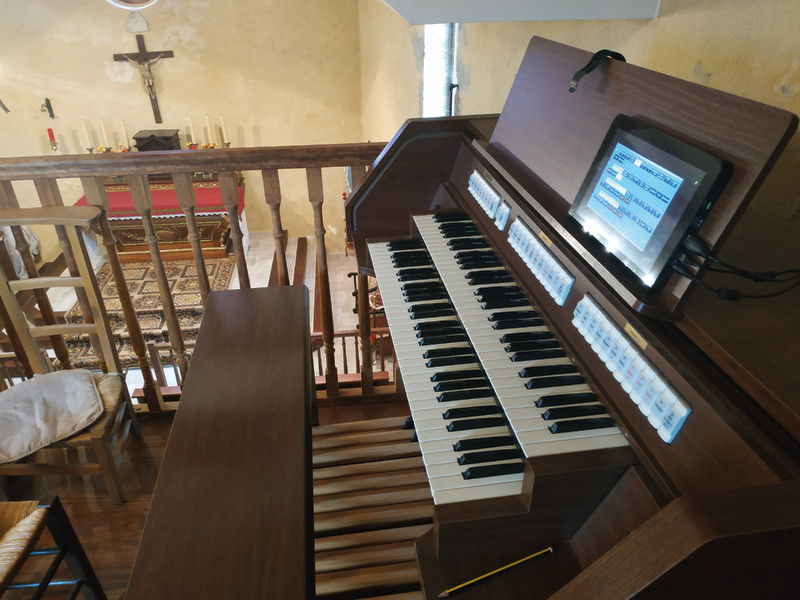 As such, Daniel and colleague Chris Obbard began to work on a customised Debian GNU/Linux image called Organnery (GitHub link) that made use of the open-source classical organ modelling software Aeolus and Raspberry Pi’s capabilities. With eleven different temperaments, variable tuning, three or more manuals, and a pedal board, as well as MIDI in/out control and the flexibility to play different sounds, a personalised experience is possible.

“Organnery needed to be set up as a single-use appliance, and the requirements came directly from the organists we’ve been working with to refine the system,” Daniel says. “We made adjustments to the Aeolus source code as well as to supporting programs. These included Mididings, a scriptable MIDI router and processor written in Python.”

Daniel also created minimal system images based on Debian Buster using Dibby, which is a collection of scripts that leverage the distro’s packaging tools. “This approach was a far leaner and more reproducible way to build appliances than starting from a standard image and stripping the system down,” Daniel says. 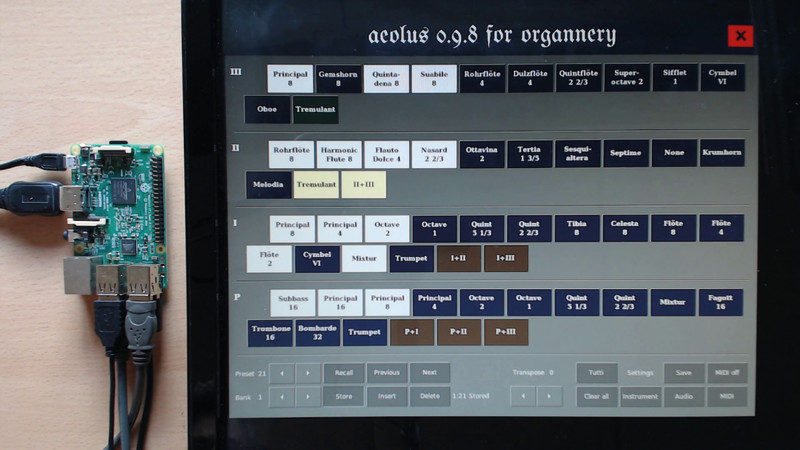 So what’s the verdict? “Organnery offers a major sound upgrade since the sound produced by the Aeolus software is of a much better quality than digital electronics from the 1980s,” Raphaël says. “It gives the organ player access to new ‘pipes’ and complete control over sound placement in space, from a standard stereo system up to 3D Ambisonic diffusion.”

Most Organnery systems are being retro-fitted into existing organs, but the system can be built from scratch using standard and affordable MIDI hardware. “Some of the smaller organs made for the domestic market have a five-pin MIDI Out socket and can be obtained for next to nothing,” Daniel explains. “Aeolus and Organnery can also make learning the classical organ much more accessible than it has been in the past.”

Even so, bringing organs back to life, complete with the original woodwork and physical controls, is perhaps most satisfying. “Church organ consoles are also often made of expensive hardwoods so we are saving trees,” Daniel says. For organists used to the age-old interface of their instruments, that’s sure to be extra music to their ears. 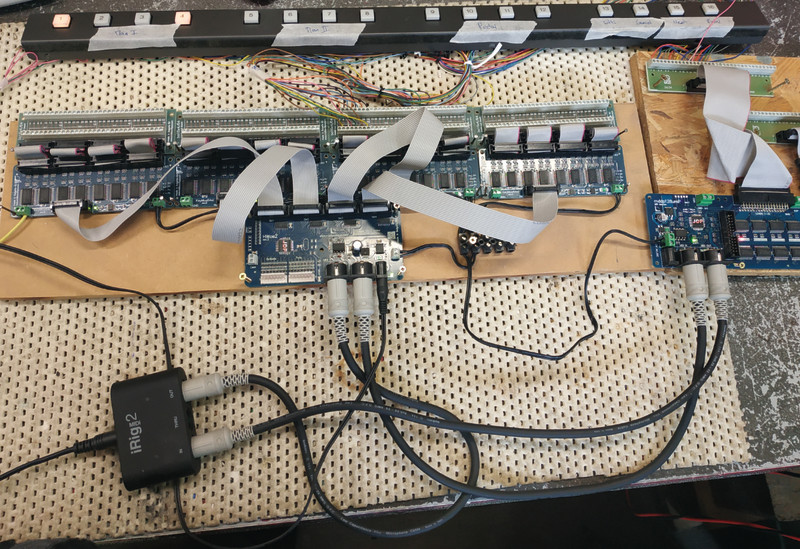