Petrolog Automation has created a smart oil drilling with Raspberry Pi monitor. It increases the revenue from each well by a reported $7,000 (roughly £5,300).

The smart monitor is based around a Raspberry Pi and a custom-made cellular modem. 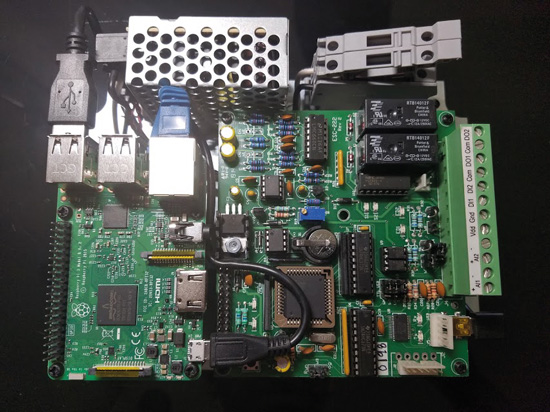 The need for a smart meter arises at so-called ‘marginal wells’ (also, we are told, referred to as ‘stripper wells’). As Carlos Labrado, software developer at Petrolog, clarifies: “these wells are low‑production wells that are often thought of as not worthy of a POC [Pump Off Condition] controller.”

As the fluid level in these marginal wells fluctuates, an engineer must visit each well every day to ascertain the fluid level and set the pump accordingly. Some of these wells are over four hours’ drive away.

Carlos explains the benefit of Petrolog’s POC controller: “[It] saves money by not having the well turned on when there is not enough fluid, and not having people going to the well every day. Also, our controller is smart, so it finds the best times to be pumping and thus increases production.”
Carlos tells us that Petrolog chose the Raspberry Pi for version one due to its size, low cost, and features. “Now we keep using it because of the great support community… like resinOS.” 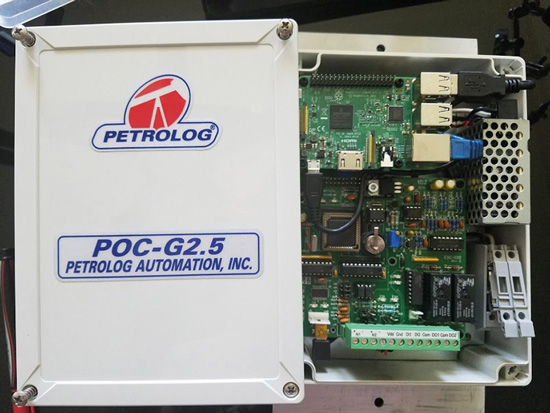 The Pi embedded in the Petrolog POC controller runs resinOS, a dedicated Internet of Things (IoT) operating system from resin.io. Alison Davis, director of product marketing and strategy, explains, “Because resin.io uses Docker containers to deploy updates, the Petrolog team can change the application running on their oil well monitors as often as they like, without fear of bricking devices.”
“Anybody can get started with resin.io,” Alison tells us, “whether you’re a hobbyist with a few devices at home, or a professional with a fleet of thousands.” She confirms that the free resin.io account accommodates up to five devices.