Coral reefs are threatened by divers and climate change, but one organisation hopes to save them by using a Raspberry Pi as an underwater ‘weather station’. David Crookes reports

Nemo-Pi is an underground weather station powered by Raspberry Pi. Discover how Raspberry Pi computers are being used to protect coral reefs from climate change.

For the past two years, the Save Nemo Foundation has worked hard to protect coral reefs off the coast of Thailand and Indonesia. Its members have been sinking concrete blocks next to the reefs, allowing diving and snorkelling boats to safely moor by using them as anchor points. In doing so, they’ve eased the problem of boat crews dropping anchor directly into the reefs, which has already caused significant damage.

But while that has had a positive effect on the creeping destruction, the organisation spotted another opportunity. “We realised we could do more by making these moorings smart,” says its CEO Diemo Niemann. “So we created a plan to collect underwater physical and chemical data that is not only essential for science, but helpful for local people and their business.” The result? Nemo-Pi, a device able to measure temperature, visibility, pH levels, and the concentration of CO2 and nitrogen oxide at each anchor point.

Every one of the concrete moorings has a buoy attached on top and, as it bobs in the water, it shows boat crews where they can anchor. The idea behind Nemo-Pi is to put an encased Raspberry Pi into the buoy, attach it to a solar panel for power, include a GPS device so that its location can be determined, and run an array of sensors from the computer into the sea that can then feed back vital information.

A team of programmers has been busy coding in Python and C++ on a slimmed Debian environment to create the Nemo‑Pi itself. Meanwhile, much testing has been carried out to ensure the project is saltwater resistant and able to withstand high levels of UV irradiation. It is important that the entire setup is simple, sustainable, affordable and reliable, not to mention energy-efficient.

“The Nemo-Pi has a modified real-time clock and GPRS/GPS hub,” Diemo explains. “With this, the device is powered up and down to save energy and send its data direct to our server, which takes care of the visualisation and processing. During the night, Nemo-Pi is automatically powered off and we have developed a library to optimise data transmission against sunlight, power consumption and battery load. It means a Pi can operate endlessly – or at least until the battery or solar gives up.”

Although the project is still in a pre-production stage (“we have eight sensors under long-term alpha and beta testing,” says Diemo), the setup works well on a number of levels. Since it allows water conditions to be monitored, holidaymakers – as well as underwater, hotel, and cruising businesses – can determine whether it’s worth making a trip.

“Hundreds of dives and snorkelling trips have been cancelled each day while out on the water because of bad conditions,” Diemo continues. “If you know where to be at the right time, you can save gasoline, working hours, and unnecessary anchoring, and because of that we can help generate corals and sea life.”

Nemo-Pi also assists scientists, universities, and governments by picking up on signs of climate change and dangers to marine wildlife. “It is a small but important step against global warming and pollution of the sea and it all helps to make our ocean more blue again,” Diemo concludes.

Step-01 On the surface

Buoys are attached to concrete moorings. Inside the prototypes for Nemo-Pi is a Raspberry Pi – chosen over an Arduino following a year of research. A flexible and robust solar panel and battery unit is also included. 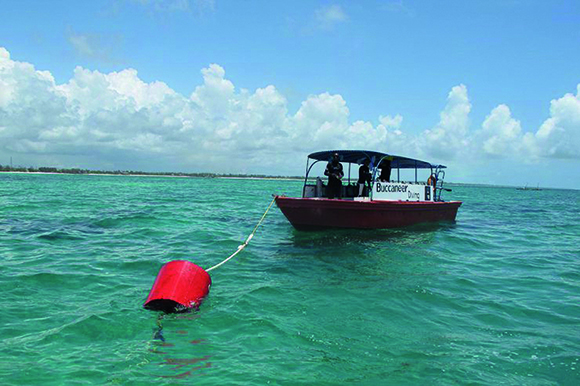 Step-02 Senses from the deep

Sensors connect to the Pi and run out from the buoy. They are submerged, measuring different physical and chemical data at various depths. New sensors are being added, such as one measuring refraction of light underwater – testing suspended matter/visibility. 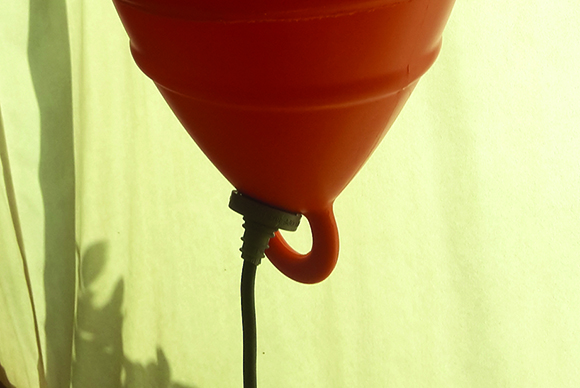 Readings taken from the sensors are uploaded live to a public web server. A dashboard displays the data and allows observers to figure whether tours are feasible or whether the conditions need further scientific analysis. 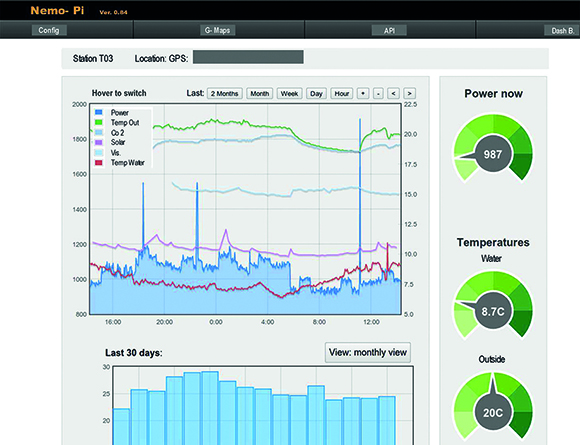