Museum in a Box gives us the chance to experience incredible pieces of art, artefacts, music, and more at our fingertips, anywhere in the world

You can visit Hoa Hakananai’a at the British Museum, London. A Moai, you’d likely recognise him as one of the Easter Island statues. He’s 2.4 metres in height, nearly a metre wide, and is estimated to weigh around four tonnes. He sits on a high plinth surrounded by text regarding both his own history and that of his fellow Moai and it’s fair to say that, unless you can go to the British Museum in person, you’re unlikely to see him visiting your local museum, school, or library on loan.

Museum in a Box is one of the entries in our Top 75 Projects community vote!

Now imagine holding a smaller version of Hoa Hakananai’a in your hand. He fits perfectly on your palm and allows you to feel the texture of his surface and the shape of his features. You can pass him around, reposition him, and even drop him if you lose your grip. And as you ‘boop’ him on the top of the Museum in a Box’s Raspberry Pi-powered ‘brain’, he starts to tell you the story of his sea voyage from Easter Island, of the history of his creators, and his first encounter with the explorer Captain Cook in 1774. 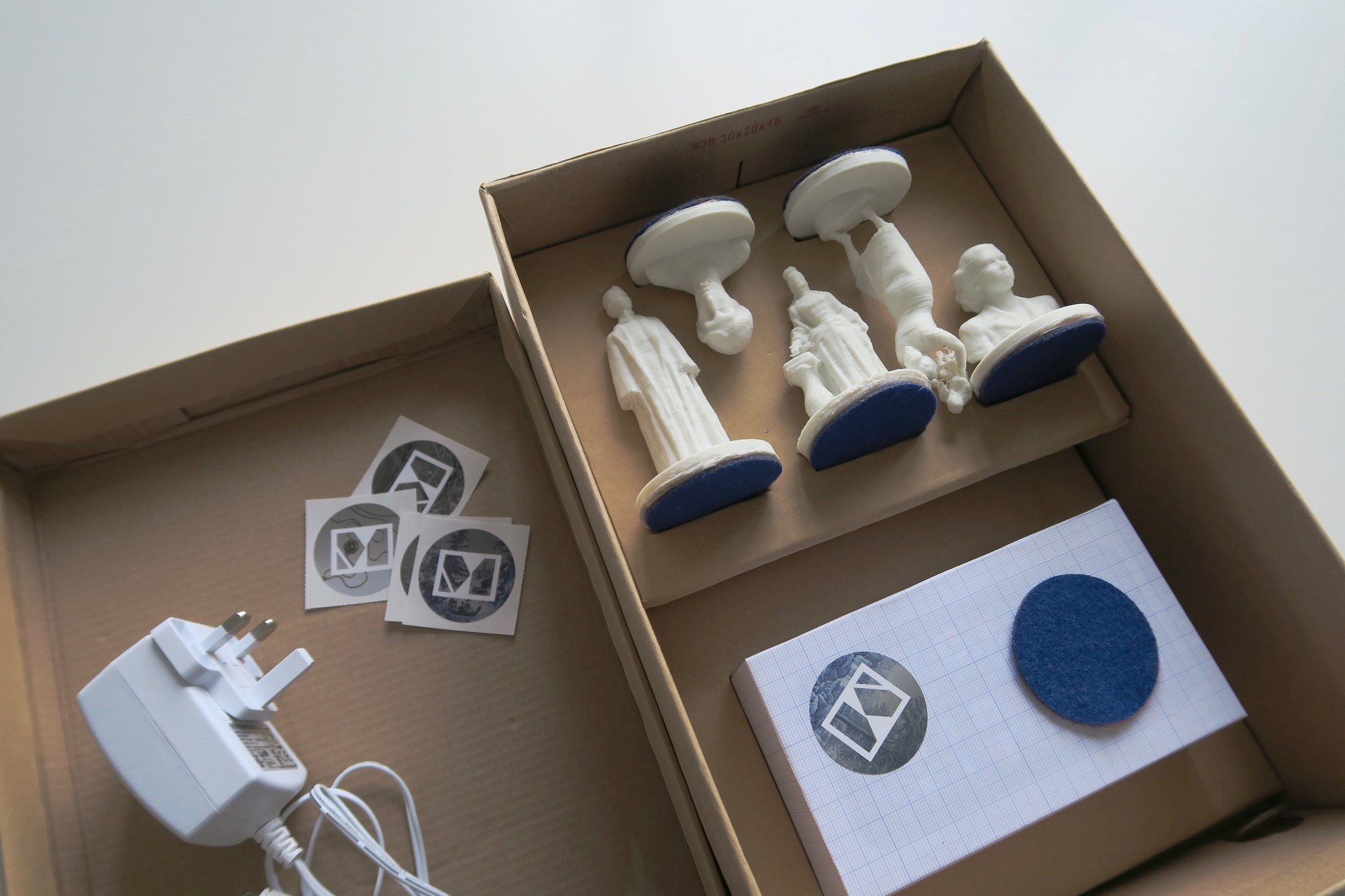 This idea of forming stronger connections with objects through touch and sound is the heart of the Museum in a Box objective. Through 3D-printed models and wooden sculptures, 2D images such as postcards and photographs, and ‘do it yourself’ feedback cards, the team aim to break the disappointing, yet often necessary, Do Not Touch stigma of museums, allowing everyone the chance to get to grips with a history they may otherwise miss out on.

On the technical side of the project, the Museum in a Box consists of a wooden box ‘brain’ that houses a Raspberry Pi and RFID reader. There’s also a volume control for playback and lights to indicate when the unit is powered and functional. Each object, whether it be 3D or flat, is kitted out with its own unique RFID tag. When placed upon the box, the tag is read by the reader beneath the surface and informs the Raspberry Pi to play back the appropriate sound file via a built-in speaker system.

The sound files vary from object to object. Some play music, such as the Planets prototype box; home to seven identical wooden balls, it is set to play one of the seven tracks of Gustav Holst’s The Planets suite. While the balls lack any differentiation on the outside, their insides are unique. Boop a ball and the experience is overpowering, thanks in part to the beautiful effect of the USAF Heritage of America Band as the sound of their instruments swells into life. Now imagine if these balls were 3D prints of the instruments that played famous solos. Or imagine if the ball was the 3D-printed bust of a famous composer who narrates the inspiration behind their work as their music plays in the background, captivating young and old musicians alike. 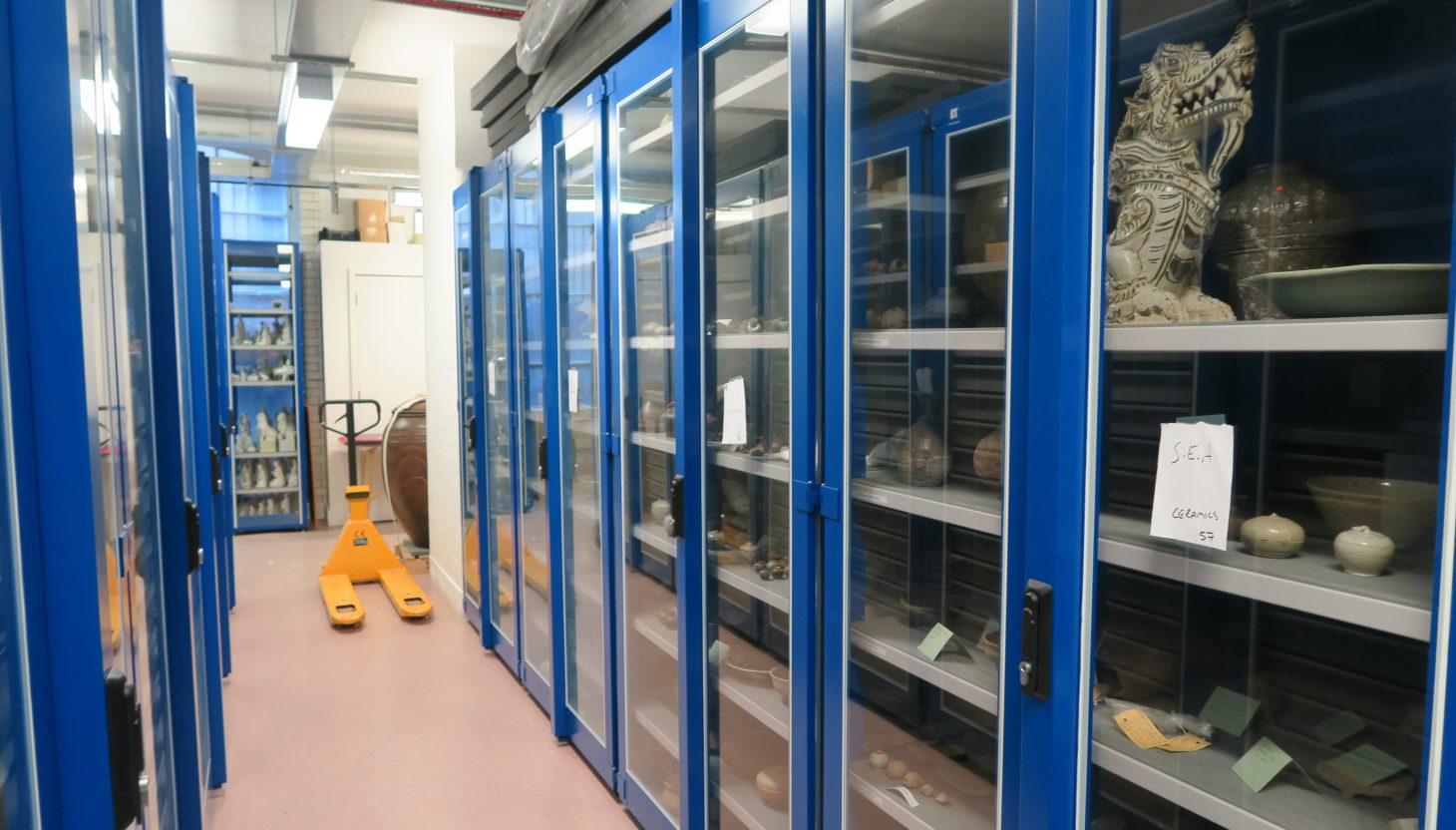 It’s difficult to experience this project without finding yourself coming up with hundreds of your own ideas for its use.

Given this inevitable excitement and enthusiasm, the second intention of the project comes to life. Imagine if a classroom had its own Museum in a Box, and, alongside their brain box, the students had a second box allowing them to record content onto their own RFID tags. Maybe the class collects objects from their local town and records the items’ history and their own thoughts directly to them. Once complete, they’re able to send the objects to a different class in a different part of the world and share their experiences with others. Perhaps a museum records narration to a postcard and sends it out to teachers for them to share with their students. The nature of the Raspberry Pi allows for multiple data files, so a first boop could ask a question and further boops could provide more information to continue class discussion.

The team – whose core members include CEO and co-founder George Oates, an interactive designer and project manager; co-founder and designer Tom Flynn, an expert 3D creative; technical lead Alan McEwan, and junior designer Charlie Cattel-Killick – use their combined expertise to build constantly upon the core concept of the project. A great multi-platform use of the box is a recent integration with augmented reality. Cards depicting the fire-damaged ruins of pieces from South London’s Cuming Museum can be scanned with the ‘Augment’ mobile app and brought back to life before your eyes. Pair this with an RFID tag and these lost pieces of history suddenly tell their story. Download the app and try it for yourself with the image below.

At last count, the team had 13 prototype boxes, with others already commissioned for use in programmes such as the Smithsonian Libraries’ ‘I See Wonder’ pilot; and with such incredible scope for use in education, it’s not hard to see Museum in a Box thriving.