Most makers build something simple for their first ever Raspberry Pi project. Raphaël Isvelin, on the other hand, opted to create something impressive-sounding – literally. His DIY guitar pedal unit offers serious sonic capabilities with its innovative method for combining effects.

After buying some commercial guitar pedals, Raphaël noted that they’re normally run in series, but wondered what would happen if they could be run in parallel. “It makes a pretty big difference,” he tells us. “Suppose you have two distortion pedals: if you run them in series, you'll hear the cumulated effect of both, while if you provide your ‘dry’ (unmodified) signal to each pedal separately and add up their outputs, you'll then preserve the specifics of each and create a sound impossible to create when running the pedals in series.”

Unlike off-the-shelf multi-effects units which run their effects in series internally (apply Octaver, then Fuzz, then Delay, for instance), the DIY guitar pedal he built is able to digitally create a complex parallel signal chain: “Something like the modular synth version of guitar pedals.” 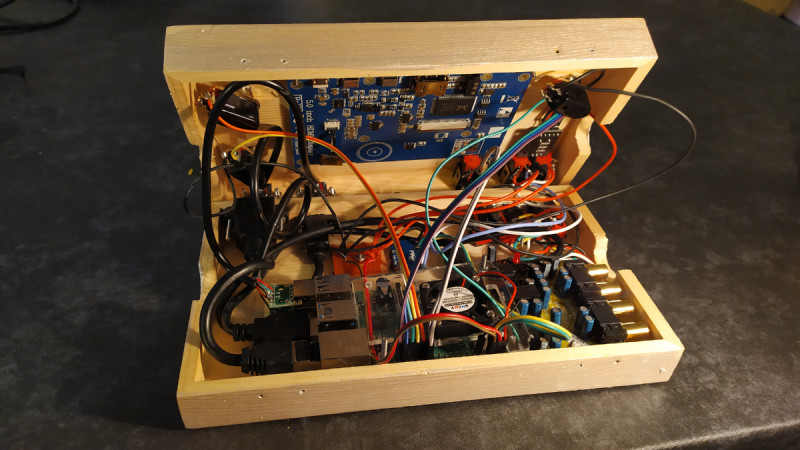 With a Raspberry Pi 3 and all the other components crammed into a handmade wooden case, the unit features six jacks (two in, two out, two expression pedal), a USB ports, three push-buttons, and a rotary encoder to control effects.

A touchscreen interface (made using the SFML software library) enables the user to create and link multiple nodes for different effects to combine them. There’s also a live board view where you can adjust their parameters of each effect to get exactly the sound you want.

“The centrepiece is what I call the ‘audio pipeline’,” he says. “It's moving the audio from node to node (essentially a DFS graph traversal); visually, a node is one brick in the GUI.

At the moment, I've made about 25 individual effects (bricks), each having from two to five input and output slots; you can pretty much add as many bricks as you want and connect them however you want [for] a lot of potential effects.

“My goal is to provide enough building blocks to recreate the effects of any off-the-shelf pedal, and more, by combining filters, modulation, delays, etc.”

We can rebuild it 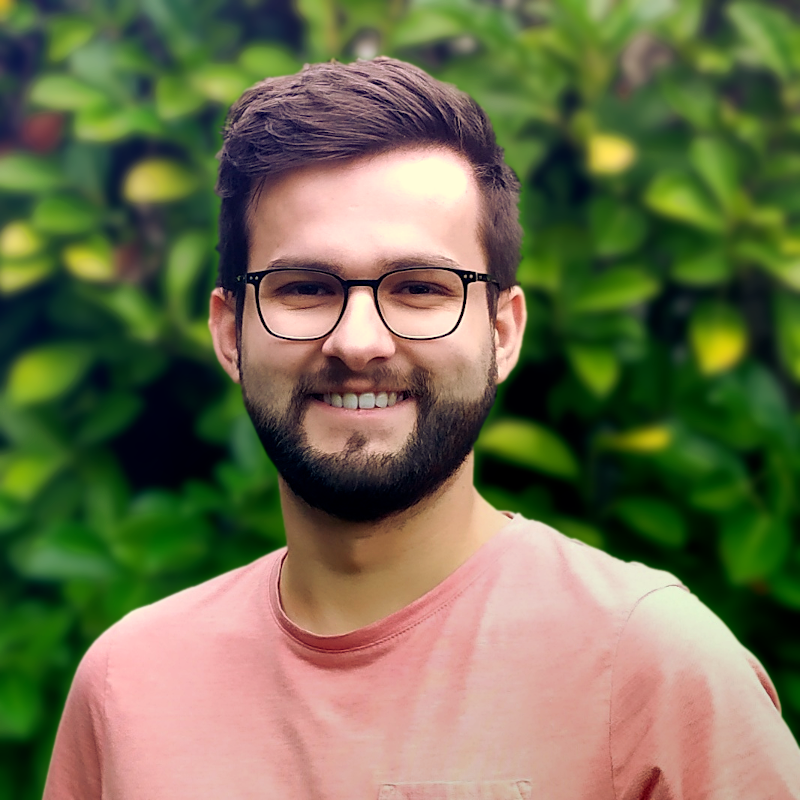 The project took Raphaël around half his time over a four-month period. While the software aspect was in his comfort zone, “the real hard part for me was cutting wood and soldering things. Seriously, before this project, hardware was pretty much magic to me, and wood wasn't even a thing!”

His reasoning for using a Raspberry Pi in the build was simple: "I want to make a pedal. I've got a tiny computer and a USB audio card. If I put them both in a box, that's a pedal, right?"

For the first version of the pedal, as used in his YouTube demo, he reveals that the wooden enclosure was too small: “There's a 5mm gap; that's why I shot the video from a 90° angle.”

He has subsequently built a brand new version with a bigger enclosure, which allowed him to add an Ethernet port, another USB, and finally close the box.

“Also, I used another audio interface, which is better suited as it can be torn apart, resoldered, and screwed directly to the enclosure; clearly better than a USB dongle flying around with bulky audio jacks connected to it.”

Quite a few people have told him they’d love to buy his pedal, as a product or as a kit, which he is considering. “One way or another, I plan on making everything open-source relatively soon; I'd love to see people building their own effects!”