Want to automate a garden that grows delicious veg? Rob Zwetsloot gets out his gardening gloves to see how to do it.

A couple of months ago, we looked at a Smart Herb Garden, a smaller version of the automated garden concept. It's a concept that we love here at The MagPi, so it was a delight to hear from Eric Davisson about his MudPi system.

Eric is a web developer who also has a small software and graphic design company that he’s building with his wife. 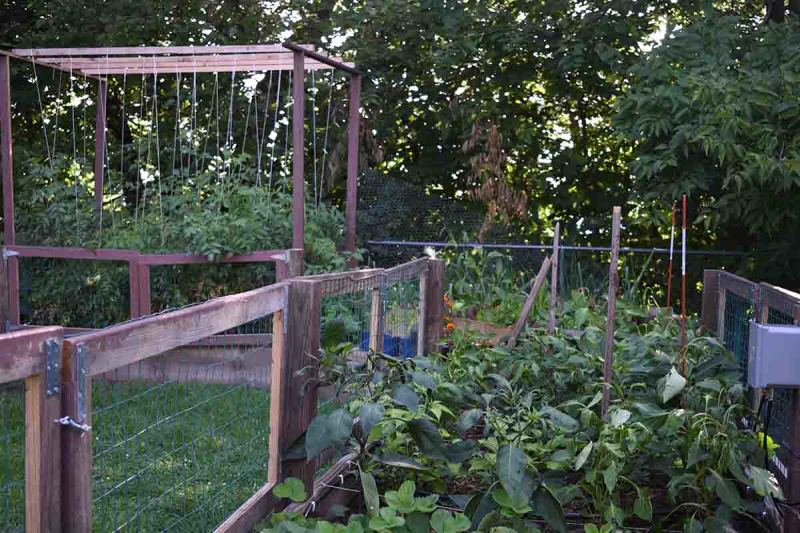 “MudPi is an automated garden system, built open-source, that helps me grow the produce I love with less time, resources, and effort,” Eric explains. “The system controls the irrigation to the garden and takes sensor readings to determine growing conditions. Soil moisture, temperature, humidity, and rain data is all collected and used to manage watering control.”

It’s highly customisable and scalable as well, to suit your garden and changing requirements during its lifespan. And it all runs on a Raspberry Pi. 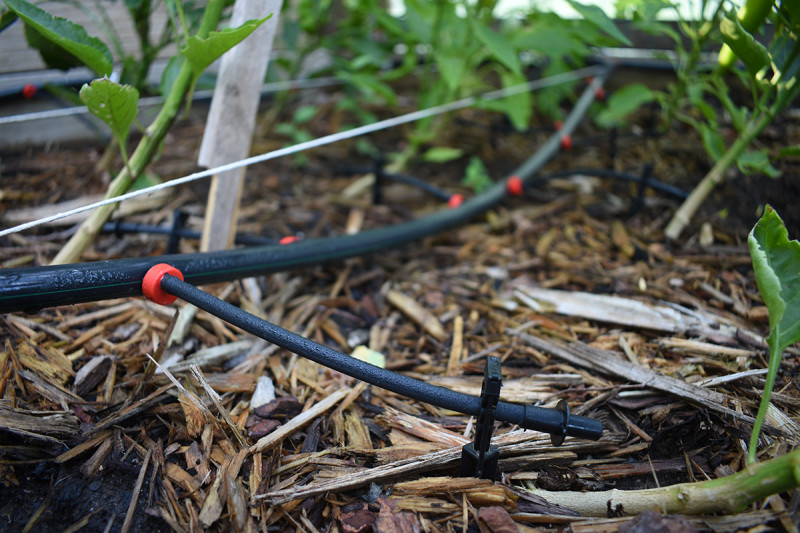 How did a system like MudPi come about? Well, it turns out that Eric is a very keen gardener. “I have a passion for gardening and each year have expanded my garden with additional raised beds and growing areas,” he tells us. “Maintaining and keeping up the garden is a task that quickly grows in demand. While looking for solutions to reduce my workload, it became apparent that automating the watering would be my first goal.”

He started off with a cheap hose timer. However, the lack of remote control and no way of sensing whether or not it was raining didn’t get him far.

“I’ve had a Raspberry Pi sitting around that my wife bought for me and thought this would be the time to try and use it for this project,” he says. “What started with just a simple task of turning on a pump has grown into a much more robust solution of helping maintain my garden that others could benefit from too. Most of the resources I learn from are driven by communities of creative people supporting one another. MudPi is a great opportunity for me to give back to those communities.”

Proof is in the parsnips

Eric says the project has been in development for just under two years and has already been a great solution to reduce the amount of time and water the garden needs.

“Each year a new raised bed has been added and it was really easy to make another sensor unit to go along with it,” he elaborates. “I spend less time having to water and weed the garden every year, which has been a joy. Not only does this work on my garden outside, but I have a grow shelf inside where another MudPi setup controls LED lights and small pumps. The benefit of the design is I can run a setup as minimal as a single temperature/humidity sensor for weather readings, all the way up to a setup with many attached units and components.”

Plan your garden – specifically, how you plan to irrigate it. Once you understand that, you can sort a system out however you wish, as MudPi will interact with the pump and solenoids to control it. 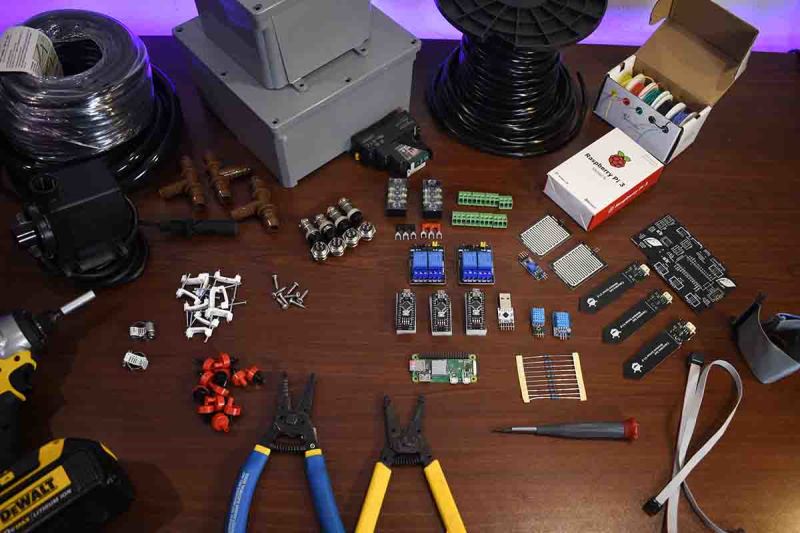 The MudPi software can be found on GitHub and installed straight to a Raspberry Pi running Raspbian by just downloading a zip of the archive and extracting it all. You can then attach any components and extra sensors. 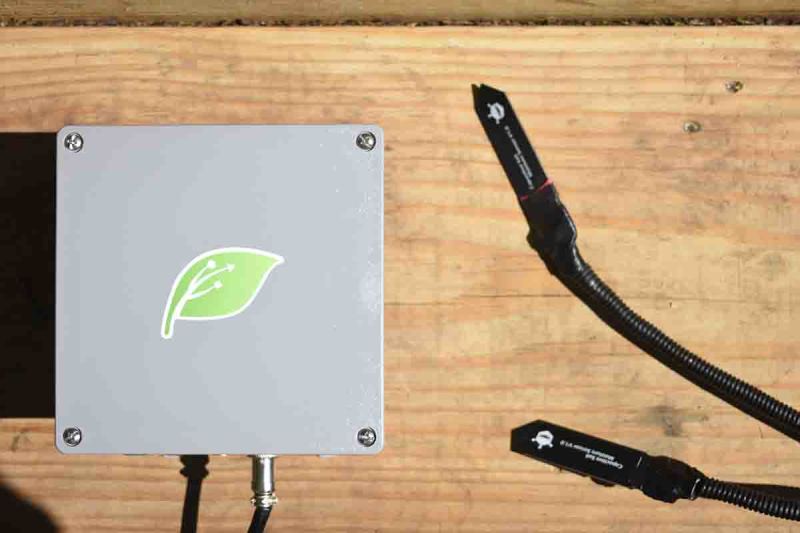 Once everything is connected and set up externally, you then need to add them all to the configuration file for MudPi. With that all done, you can run the main script, sort out scheduling, and (mostly) sit back and watch. 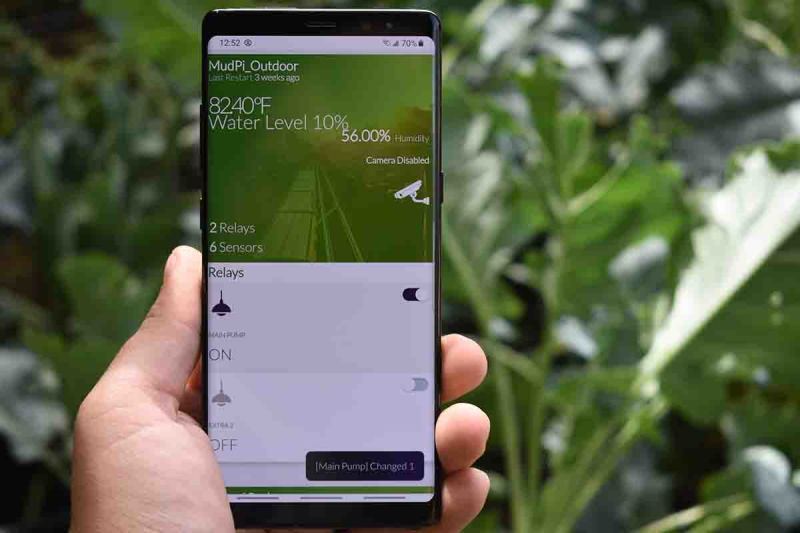 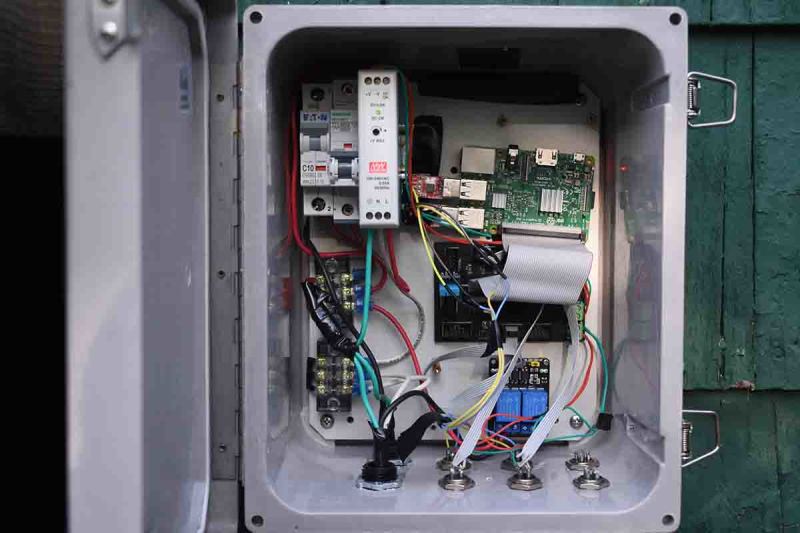 Feel a bit inspired yourself? There are detailed guides and project info on the MudPi website, mudpi.app, where Eric has created the resources he had a tough time finding when he started the project. There will even be kits available in the future. We hope you have a bit of fun in your garden thanks to MudPi.

This article was written by Rob Zwetsloot and first appeared in The MagPi 86. Get a free Raspberry Pi with a 12-month subscription to the print edition of The MagPi magazine.