By now we’re sure you’re aware that e-boards have officially become a ‘thing’. From knee-driven mini-Segways and two-wheeled ‘hoverboards’ to standard motorised decks, the streets are filled with wheeled commuters. And while Marty McFly may have failed to deliver on the true hoverboard of our dreams, search online for an electric skateboard and you’ll find the next best thing, albeit with a hefty price tag.

So when Queensland University of Technology student Tim Maier was assigned with the task of ‘building something with a Raspberry Pi’, he already knew what he planned to create.

“Building an electric skateboard had been something on my mind for some time, as buying one was not a viable option,” Tim explains, when we ask him if he had considered any other directions for his project. “So when we were told about the task, it all kind of linked up and I started to do my research on what to buy.”

With a few requirements in mind, Tim started researching the perfect motor. He wanted to achieve an average speed of 30km/h to aid his commute, and knew the motor would easily be one of the most expensive components of the build. Finally, he decided upon a Turnigy Aerodrive SK3, matching it with two 2200mAh lithium polymer (LiPo) batteries and a basic electronic speed control (ESC).

Despite having to rely on YouTube and assorted literature to educate him on how to utilise Python, the biggest hurdle for Tim turned out to be the drive system. “Finding a way to attach the motor mount to the skateboard truck was a huge fiddle.” He ended up creating a makeshift U-bolt system, though he plans to upgrade the mounting layout when attaching a new ESC. 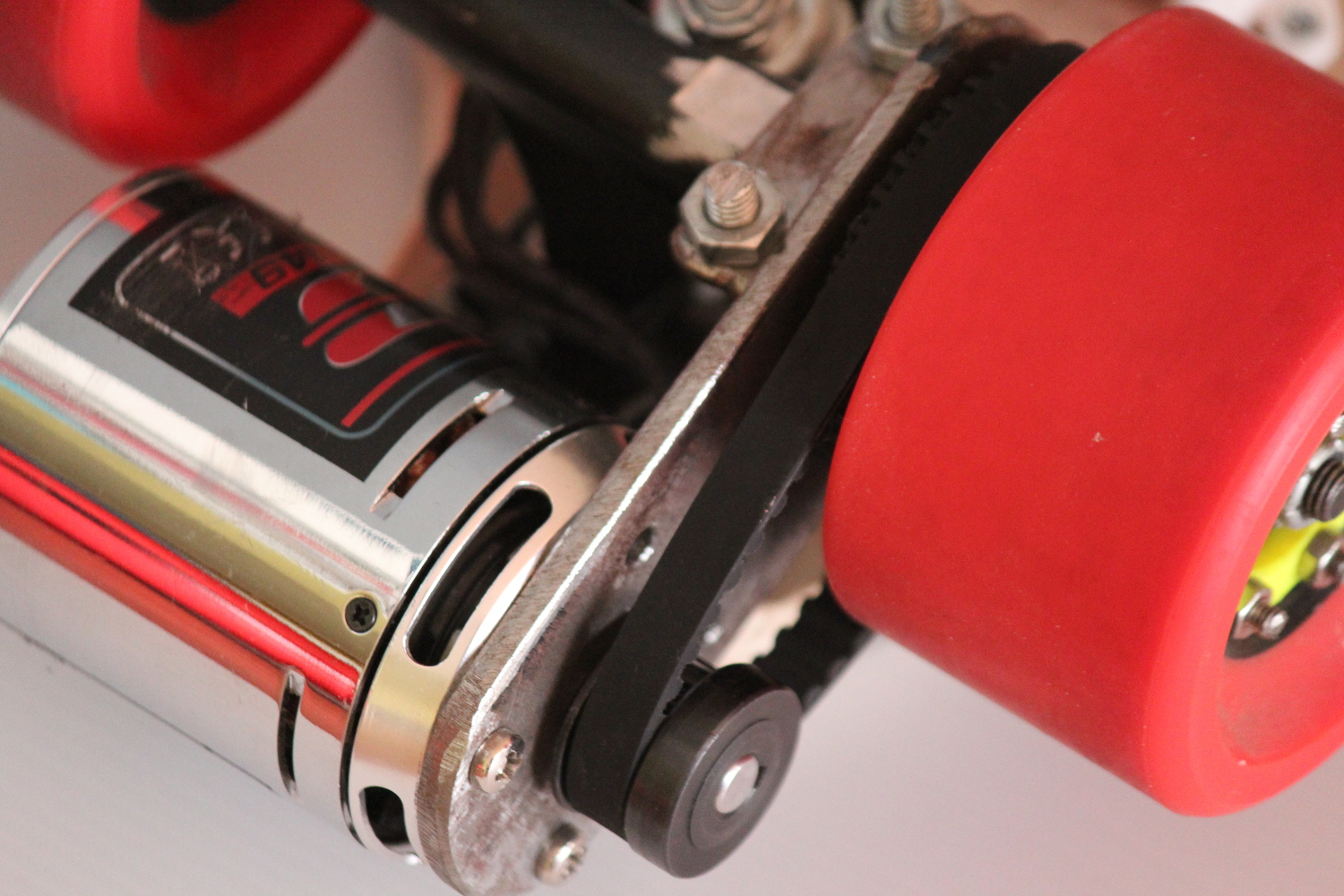 The motor itself is controlled by a Pi and Wii Remote (a Wiimote to those in the know). Holding the ‘1’ and ‘2’ buttons will connect the Wiimote to the Pi. The ‘B’ button activates the motor, while ‘up’ and ‘down’ on the D-pad control speed.

Upon completing the build, Tim has been met with thousands of YouTube views and calls for how-to guides and board sales. Spurred by the positive response, he’s provided the code and kit list on GitHub, and plans to also create an instructional video of an upgraded design for anyone wanting to make their own. The Pi Skate 2.0 will house more batteries for longevity, a higher-quality ESC for greater speed and the ability to brake, and possibly LED lights because, well, why not? And as for the Wiimote? Tim hopes to move the board’s control system to a mobile phone or smartwatch, thereby reducing the bulk of the console controller.

Of his future in the digital making industry, Tim suggests, “I will most probably venture into a career within the computing and engineering field, but haven’t really thought too much about what area I will specialise in. I’m keeping my options open as it’s such a broad field.” In the meantime, his continued experimentation with Raspberry Pi will lead to further YouTube videos as and when he builds projects.