Attracted by Raspberry Pi Pico W’s built-in Wi-Fi and the ability to program it in MicroPython, Nikodem Bartnik knew he had to make a project with one, but wasn’t sure exactly what. Inspiration struck when he attended a CubeSat Summer School in Belgium. On a visit to the Euro Space Center, he saw a field with mini Mars rovers.

Nikodem had to fit the building of his own remote-controlled Mini Mars Rover around his other university work, and there was plenty to do, including designing it from scratch in CAD and undertaking a lot of 3D printing and CNC machining.

“All parts were designed in such a way that you can print them on the most popular FDM 3D printers and you don’t need a huge build plate,” he says. “The bottom plate was machined on my DIY CNC machine – IndyMill… The principle of how it works is very simple; designing and 3D printing it is not.”

He also kept adding more features while working on the project. In particular, the robotic arm was an especially time-consuming part, with Nikodem designing and then redesigning it multiple times until it worked. The 3D printing aspect took around 24 hours in total but, in the end, all parts worked beautifully. 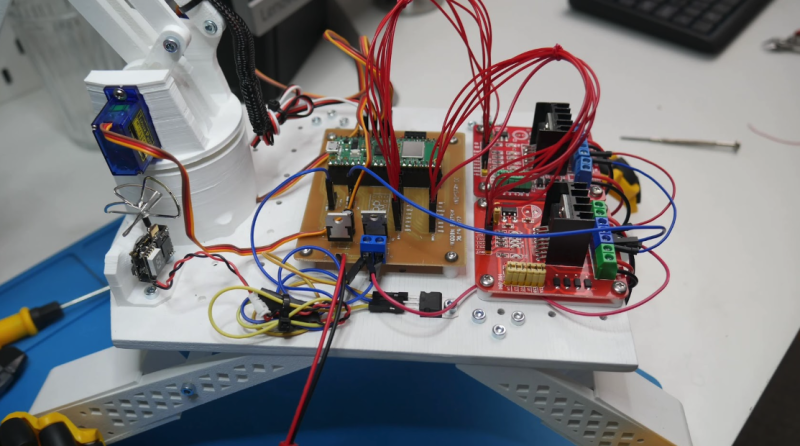 Raspberry Pico W is integral to the Rover: “Thanks to Pico W, it is possible to control it through Wi-Fi and [a] simple Python script on a computer,” explains Nikodem. The script is created with Pygame and a simple custom class he developed for the simple user interface elements he needed.

“For controlling the micro servo motors, I am simply using 50Hz PWM signal. For DC motors I am using popular and cheap drivers, L298N, and control them through PWM and digital pins,” he explains. He also added an FPV camera system to the build, which turned out to be far simpler than he’d imagined. “I had no experience with FPV systems before; it was completely new to me, but it turned out to be super-straightforward and it works great.”

Nikodem was determined to make his project as clean and small as possible “for aesthetics reasons, but also for its safety and functionality,” he underlines. He also wanted to be able to share his work with others and make it easy to replicate, so he chose to make his own custom PCB, using a cheap CNC machine he’d modified. “The best part about this setup is: in the morning I design a PCB and, by the afternoon, I have it ready for soldering.” 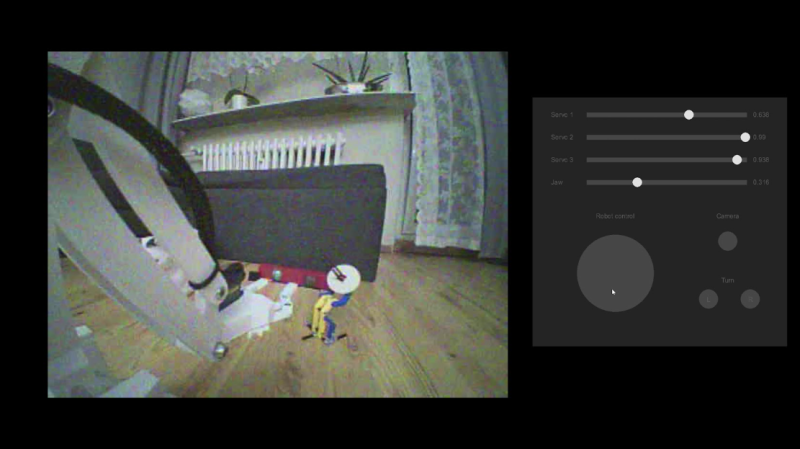 Nikodem’s Rover has received plenty of positive comments and he admits “that was a big relief after working on it for so long.” There were a few people who suggested that the Rover’s wheels wouldn’t survive the Mars environment, but Nikodem is pragmatic as “it was quite obvious for me from the beginning that the purpose of the project is to educate and inspire. Building it in the way real Mars rovers are built is completely unrealistic and unnecessary.”

Excitingly, Nikodem is now concentrating on his bachelor thesis project which will use Pico’s RP2040 chip. “I am currently testing the PCB for the project… The end goal is to be able to take long exposures of deep sky objects with a camera by compensating the movement of Earth and also create a go-to system with Stellarium.”

If you take a look at Nikodem’s YouTube channel, you’ll see a huge and interesting array of projects he’s worked on so far, and it seems there will be plenty more to come from this very talented maker.