The Raspberry Pi is the most versatile computer in existence. Thanks to its low cost, small size, and those handy GPIO pins, you can turn it into just about anything.

But you’ve got to start somewhere. And many Raspberry Pi owners start out with a media centre project. So this month we've got some of the greatest media player projects around.

Read all about it in issue 66 of The MagPi - The Official Raspberry Pi magazine, out in stores today. 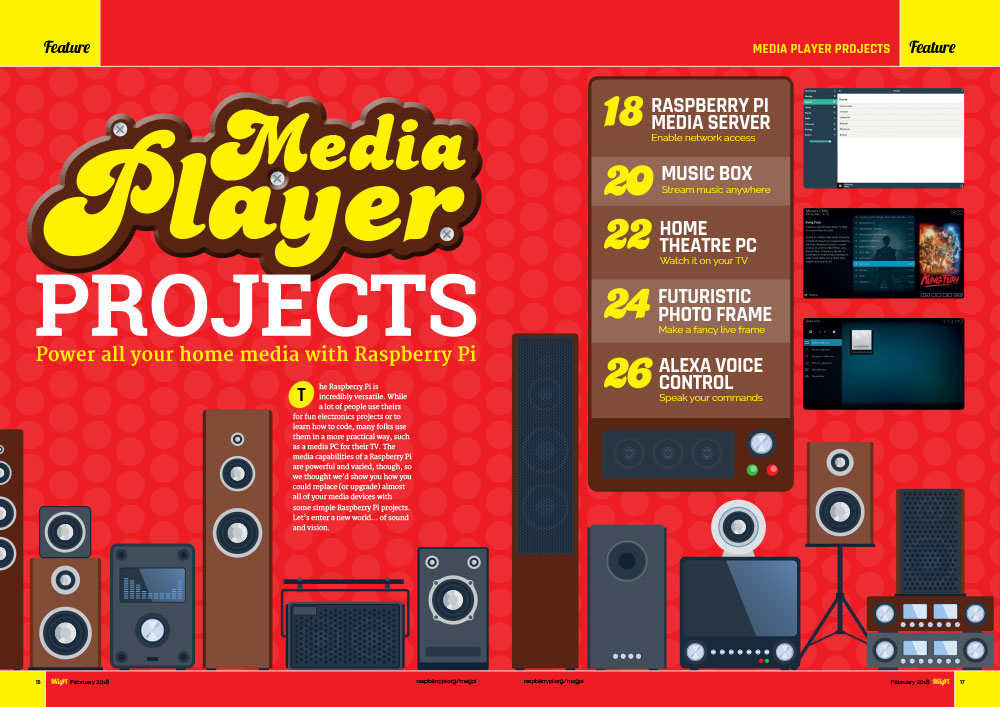 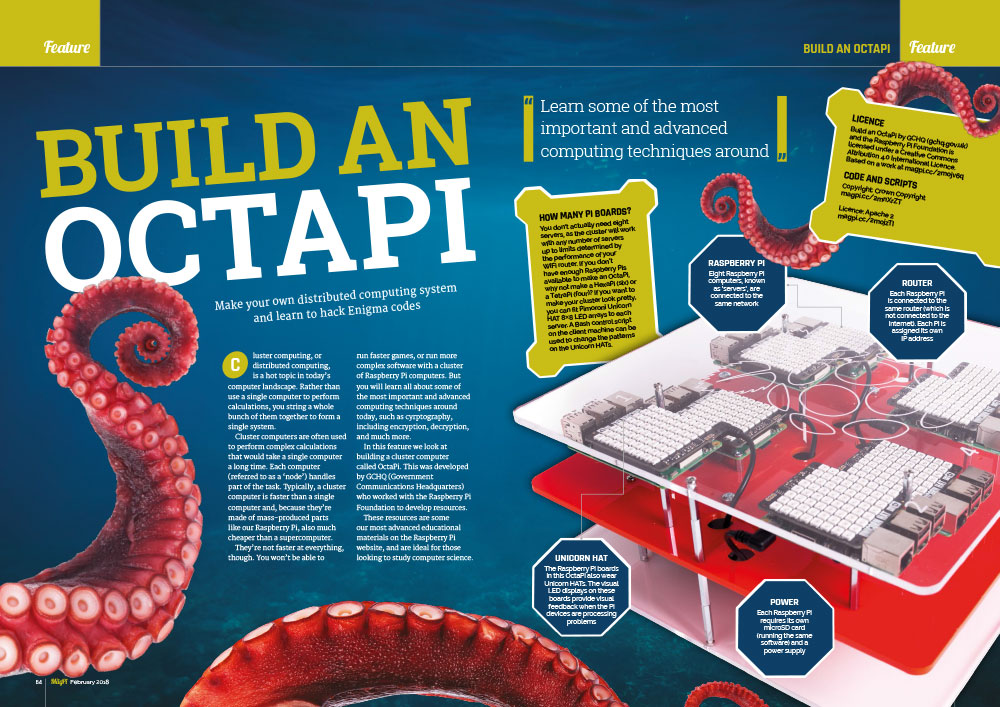 Why Raspberry Pi isn't vulnerable to Spectre or Meltdown

Raspberry Pi founder, Eben Upton, explains how these exploits work and why the Raspberry Pi is immune. 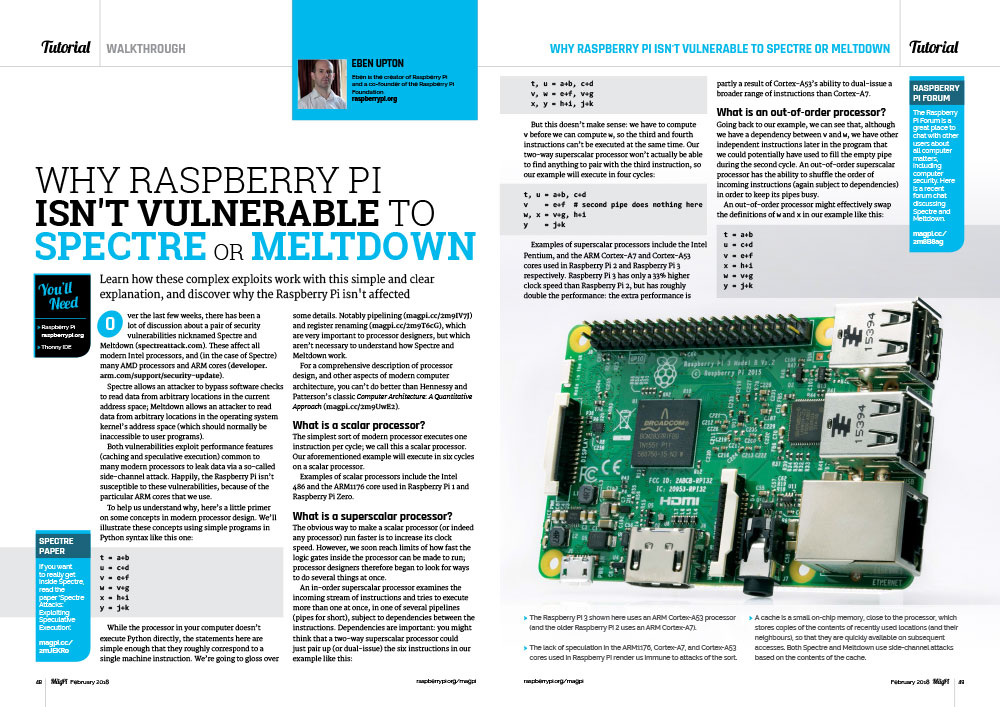 Steampunk Pi Jukebox, real-life Pac-Man robotics and Fuzzy Duck beer. All the greatest projects made by the Raspberry Pi community. 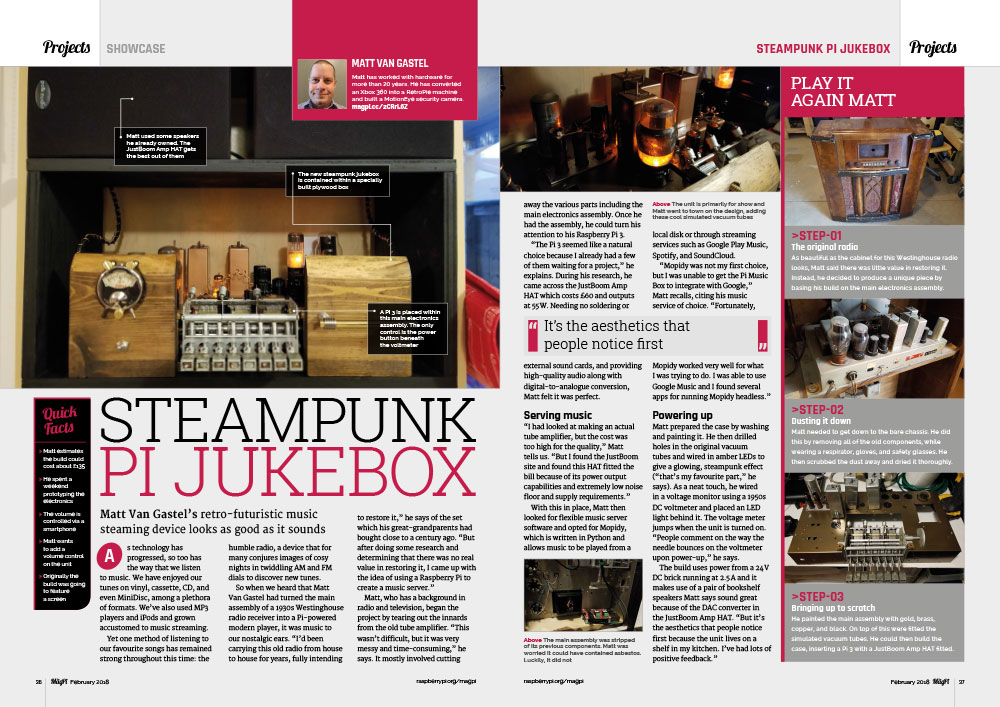 The best of the rest in The MagPi 656