McMaster University needed a smart telemetric system to get its hybrid racing car onto the winner’s podium, and the Raspberry Pi 2 provided everything the team could ask for

The full article can be found in The MagPi 33

When the engineering students from McMaster University in Canada started working on their entry for the 2015 Formula Hybrid and EcoCAR 3 competitions, they knew they’d need more than raw muscle to get a podium finish. Not that their race car lacks muscle: it packs a 15KW in-hub motor for the front wheels, and a 250cc motorcycle engine for the rear wheels.

The challenge was bringing all the technology together and keeping the car going. McMaster’s secret weapon was a Raspberry Pi 2, used to gather telemetry data and send it to the team on the trackside. 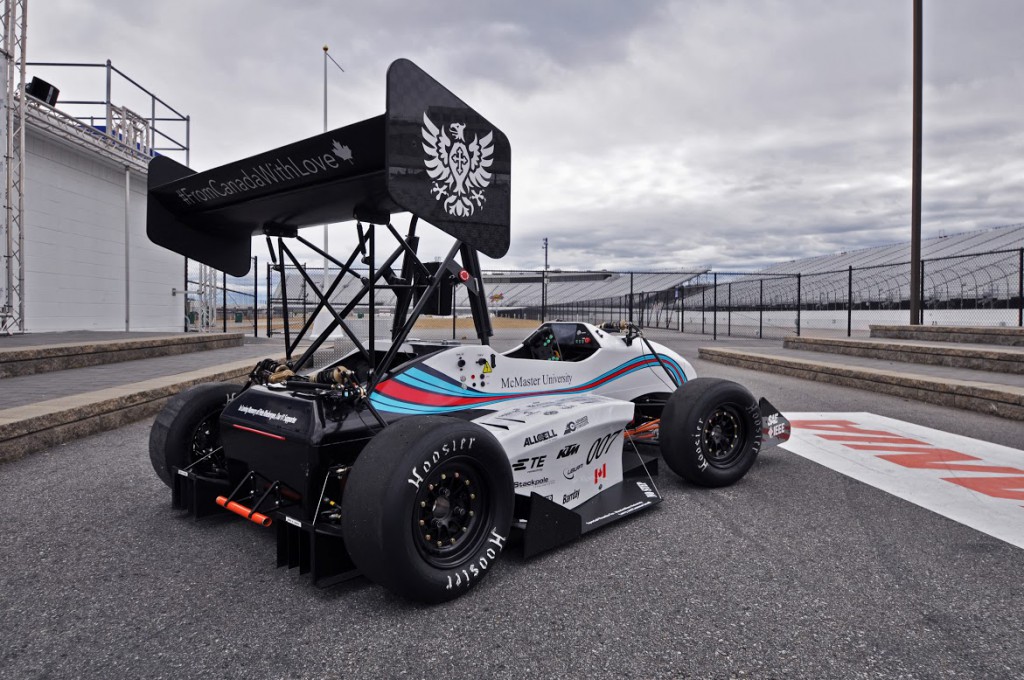 We caught up with Jonathan Moscardini, LV lead for the electrical division of McMaster University’s Formula Hybrid and EcoCAR 3 teams. He tells us that the Raspberry Pi has been crucial to the car’s success. “We’re a pretty big team, between 70 and 90 people. But our project is entirely student designed, built, and tested. The students do everything.”

McMaster has been entering the Formula Hybrid and EcoCAR 3 competitions for several years now and had pretty much perfected the physical car: “It has a very clever monobox,” asserts Jonathan. “It’s one big fibre tub.”

Physically the car was fine, but that’s not enough to win a race. “We do a lot of electronics in the car,” says Jonathan, “a lot more than we need to” and that’s where the Raspberry Pi steps in. “What the Pi does for us is handle all of our communications. Essentially, it’s both the dashboard computer and our team radio. It also gives us a few new features along the way, simply because it’s so powerful.”

Good telemetric data is essential when building a race car. “We have live up-to-date information about everything that’s happening in the car,” says Jonathan. “We use a wireless adapter known as a Bullet [BULLET WirelessHART Adapter], which is built for a variety of outdoor uses. We have one at either end: one in the car and one in the pits.”

The telemetry data enabled McMaster students to analyse the car as it raced around the track, which helped them fix a variety of engineering challenges. “We were having reliability issues,” divulges Jonathan. The team used the Raspberry Pi with various sensors to analyse parts of the car as it went around the track. “When we installed a Raspberry Pi 2 it made life a lot easier.” 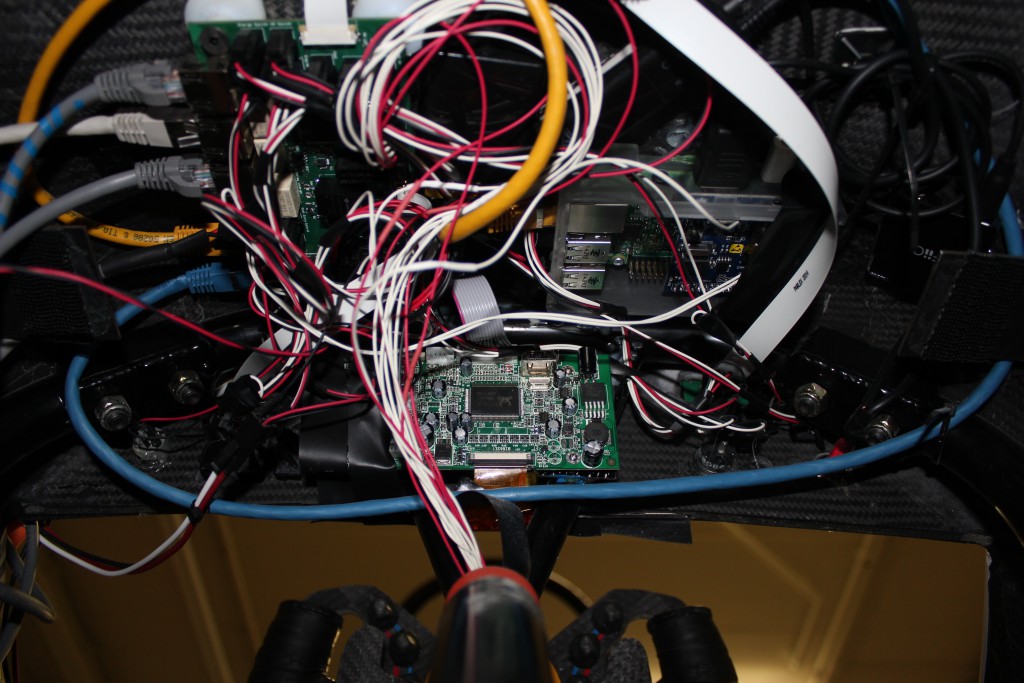 While they initially installed a Raspberry Pi 2 to gather telemetry data, its use soon expanded to other aspects of the car. McMaster engineering students quickly realised they had enough power
to build an electronic dashboard. “We also installed the PiCam [Raspberry Pi Camera module],” says Jonathan, to get first-person video recording from the car. The Raspberry Pi was sealed behind the steering wheel, away from the elements. “You really need to be able to seal and waterproof the computer,” Jonathan tells us. “You need to keep it away from the elements”.

So what if you want to start integrating your Raspberry Pi with a track car? “Planning and testing is one of the biggest things,” advises Jonathan. “Race cars are not the place to be trying things out. As far as implementing goes, planning and testing is really important because it’s a lot easier to work on things when you’re not in the car. So you really need to have everything installed before you start.”