Matt Reed backs up his family photos in a Mason jar. He tells Lucy Hattersley how to preserve digital memories in style

Matt Reed, a professional web developer and maker from West Virginia, has created this amazing project. The Raspberry Pi-powered Mason Jar Preserve is the most stylish backup solution we’ve ever seen.

At this point, The MagPi’s non-US readers might be wondering what on earth a Mason jar is. “They are industrial-grade glass jars with a sealable lid that were originally used at home to preserve foods throughout the winter,” says Matt. “Mason jars allowed for foods that were harvested in the summer to last all year round. Who doesn’t want tasty fried okra in February?

“In my great-grandmother’s basement, there were shelves and shelves of various-sized jars filled with everything from pickled beets to you-name-it preserves.” But rather than preserve tasty foodstuffs, Matt’s Mason jar preserves Matt’s family memories.

The idea came to Matt at work: “I had a few various-sized Mason jars sitting around. One day I just grabbed the largest jar and slid the Pi inside. It fit, even with a little room to spare!” Building the Mason Jar Preserve was fairly straightforward: “I used a saw to cut the base into a square, a sander to round it off, and a drill to make the LED, Ethernet, and power holes. A few trips to Home Depot for antique drawer pulls, some rubber feet, brackets and screws, and that was it.”

Matt’s Mason Jar Preserve connects via Ethernet, but you could use WiFi. “I am still curious how much glass would affect the signal,” he tells us. “In the end I chose Ethernet for transfer speed, availability, simplicity, and reliability. Also, because I was low on USB WiFi dongles. Like, zero.” 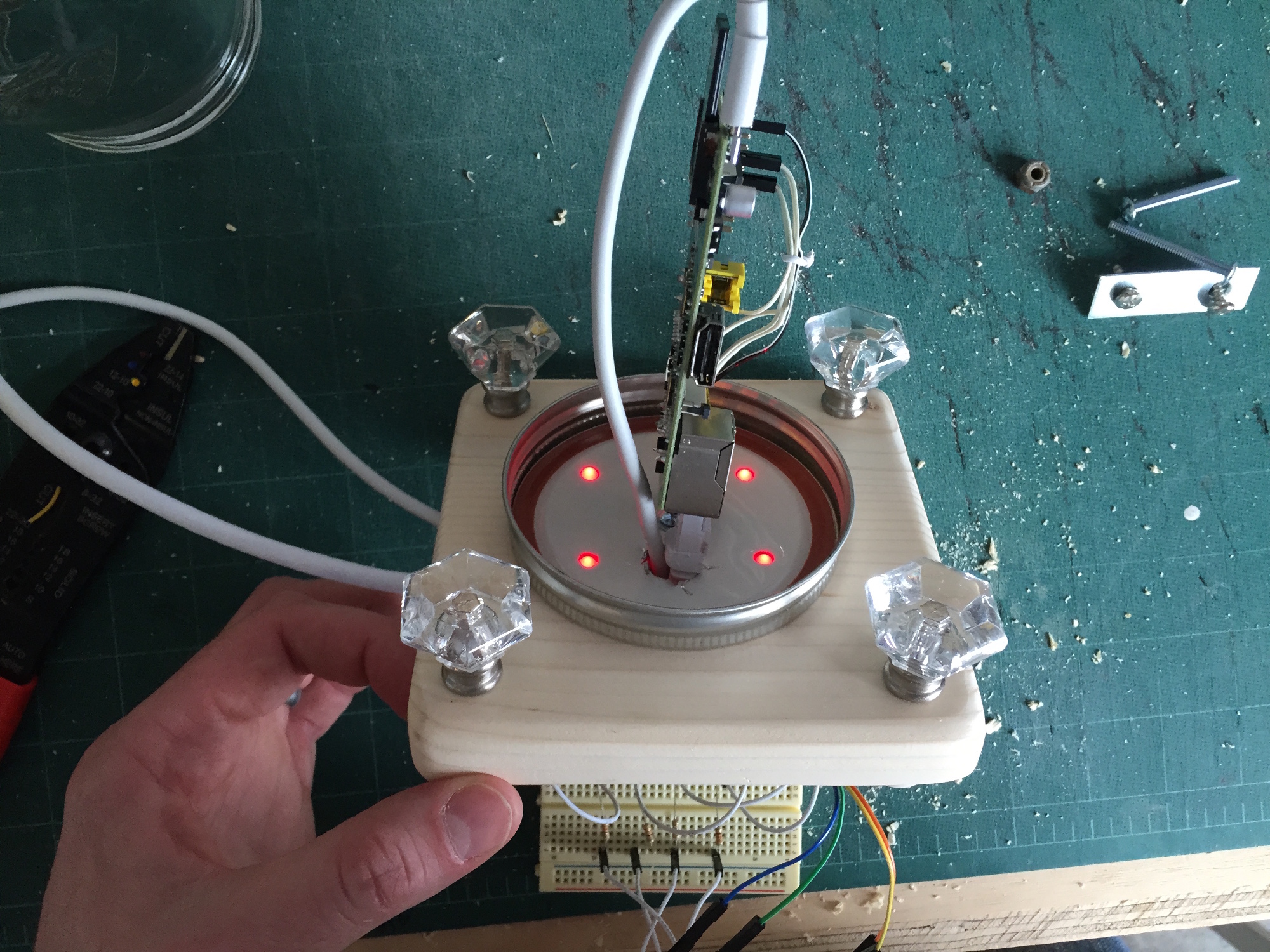 Matt used BitTorrent to create the backup software. “It’s similar to Dropbox,” he says, “but instead of a centralised server in the cloud, you connect two or more of your own devices directly together over the BitTorrent protocol. Just like Dropbox, connected BitTorrent sync machines all sync up a specified folder on their system. So basically, it’s free and the storage is only limited to the connected storage."

Unlike BitTorrent file sharing, Matt’s system is completely private. “Whenever you create a sync folder, it gets a unique string of letters and numbers,” explains Matt. "This key unituely identifies it over the BitTorrent sync protocol. Keys can provide either read/write access or read-only access to anyone you give it to. You generally want to keep them safe. If I shared that key publicly, then I’d have a public file-sharing seed similar to the BitTorrent everyone knows and loves.” 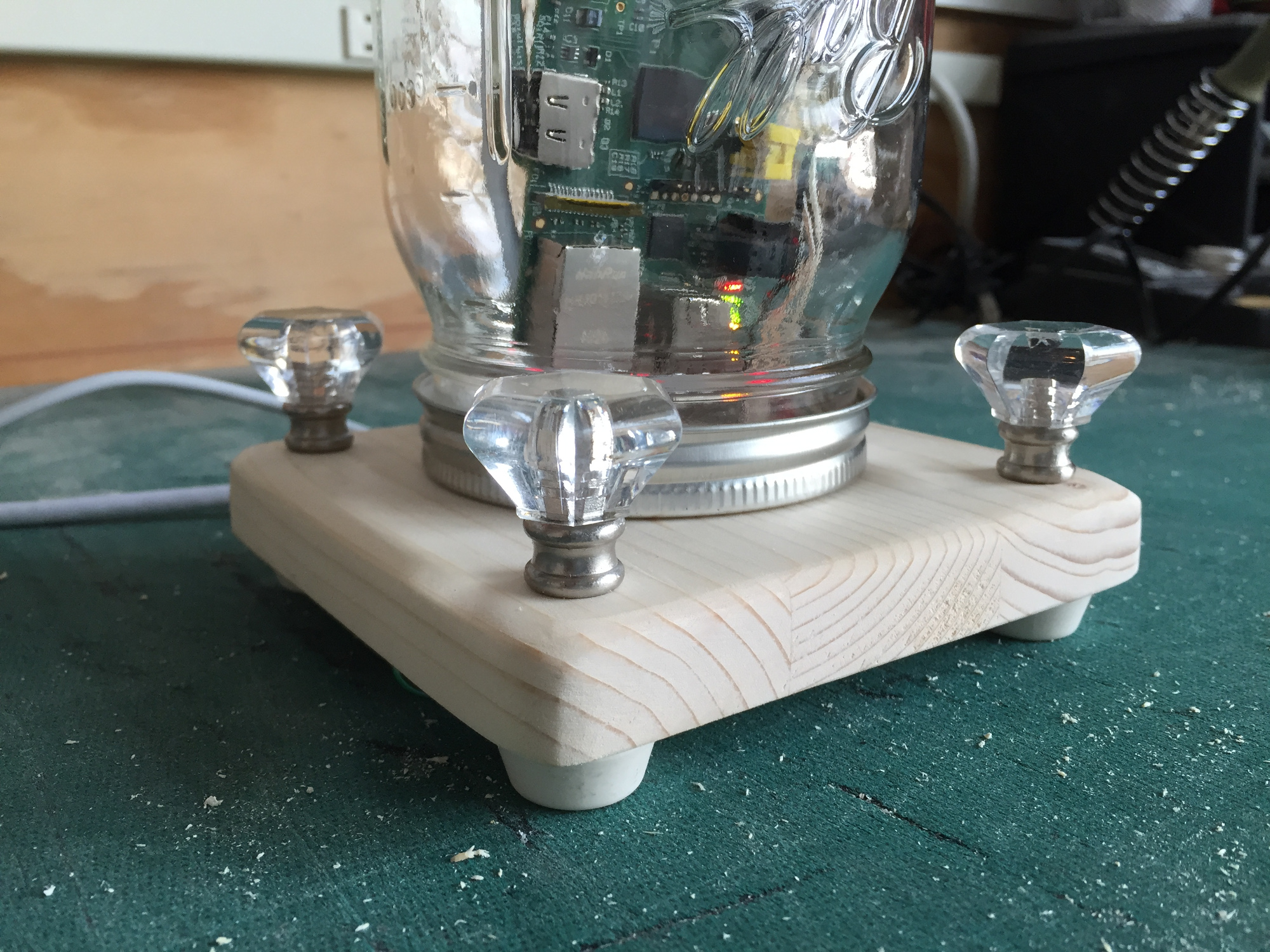 Matt uses his the Mason Jar Preserve to back up family photos and videos. “I really just wanted one more layer of redundant backup of things like the birth of our kids, wedding photos, and various family-related media. It uses the Raspberry Pi’s SD card for storage. Therefore, the larger the SD card you put in your Pi, the more you can store.”

We think the end result is glorious. When the Mason Jar Preserve is syncing, it animates the LEDs using the Node.js script, BitTorrent Sync API, and the GPIO pins. When it sits idle, they glow red. “I wanted it to look like the jar was filled with red raspberry preserves,” says Matt. “It especially looks great at night.” 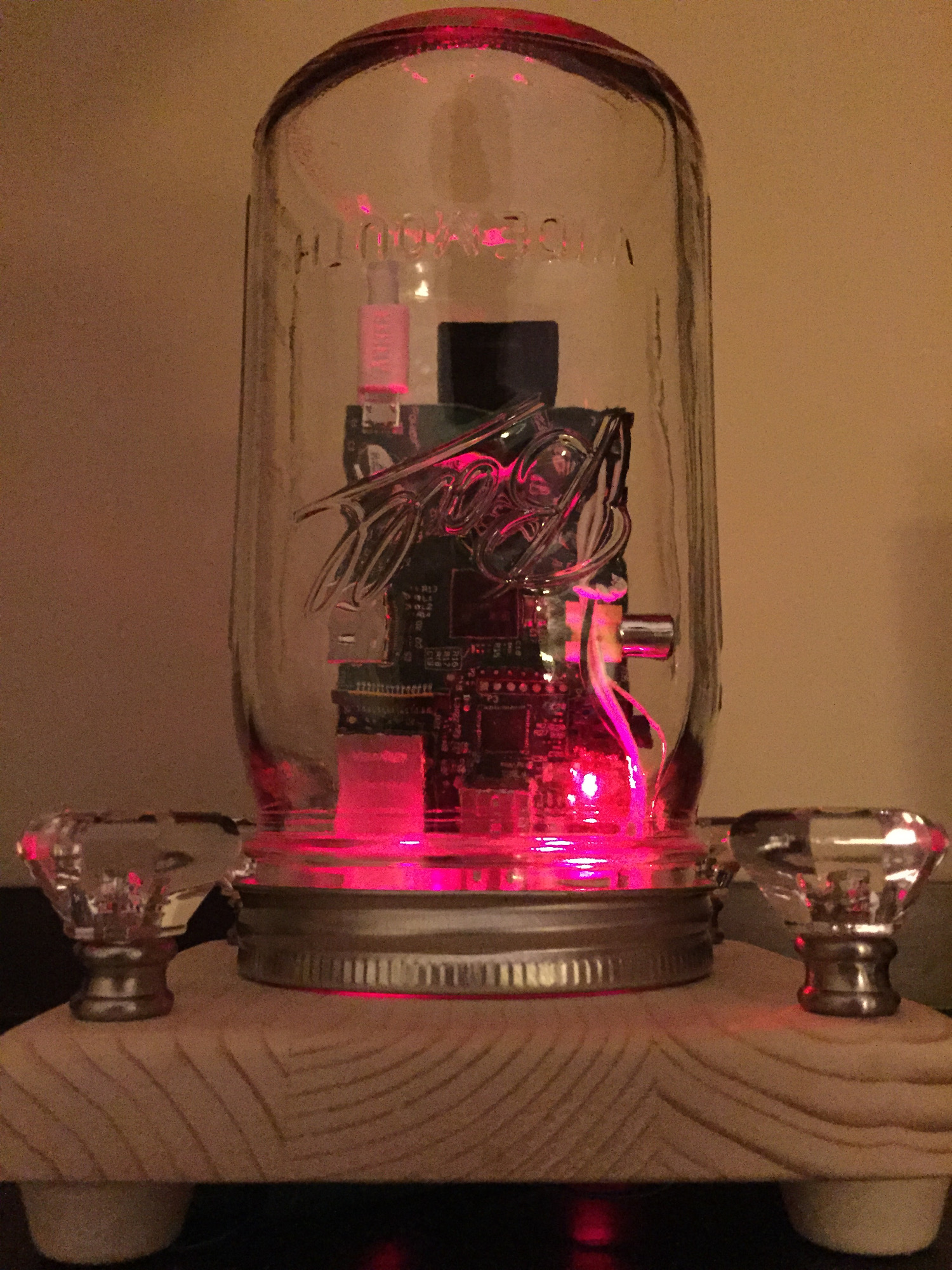