The MagPi talks to Eben Upton and Mike Stimson about why the Raspberry Pi Zero exists, and how it was made

"I had a really interesting conversation with Eric Schmidt [CEO of Google],” Eben Upton, CEO of Raspberry Pi Trading, recounts to us over a Skype chat one rainy morning in late October. 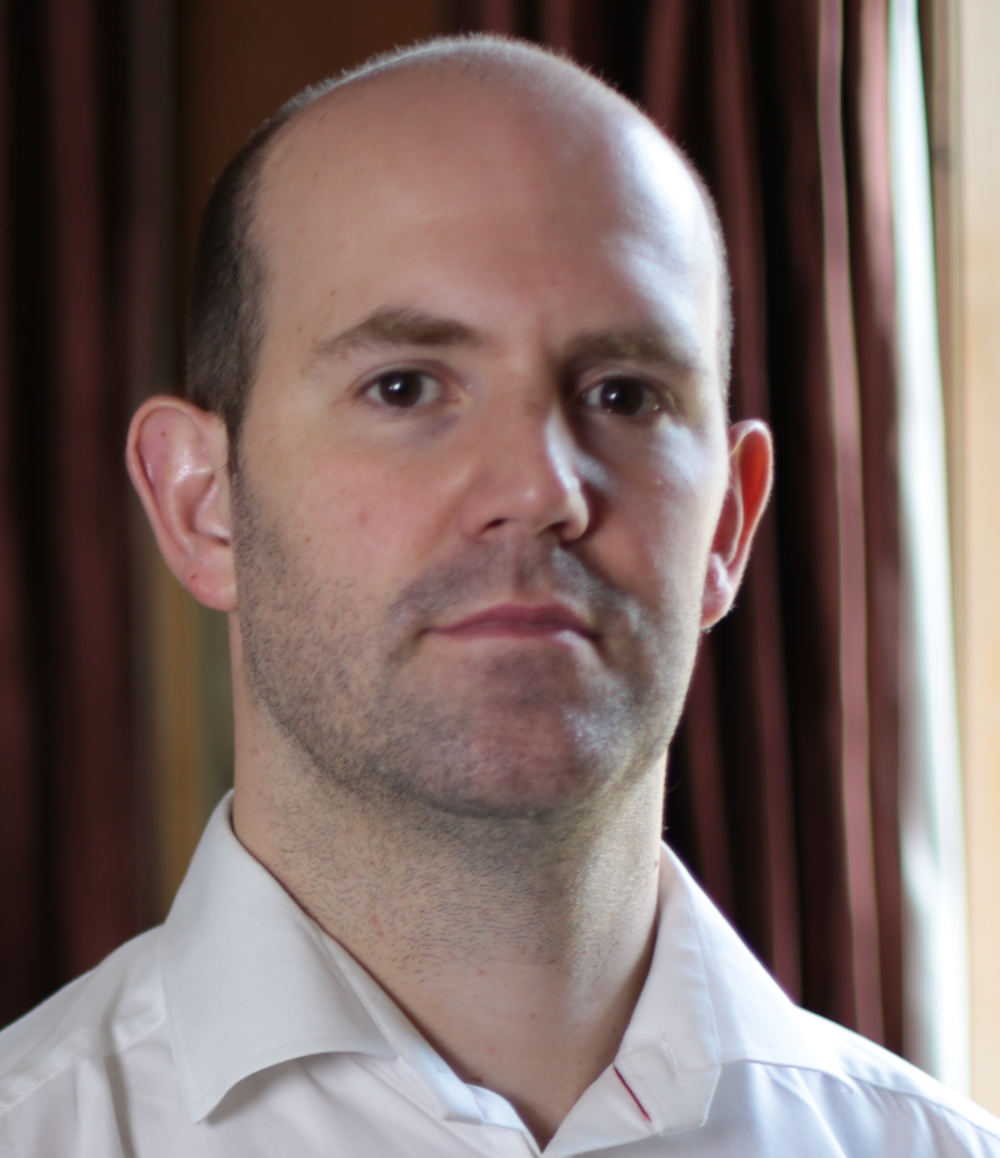 In 2013, Eben met Eric after Google announced it would give $1 million to the Raspberry Pi Foundation to provide Pis to schoolkids. “[Eric] was there for the announcement. I had a great chat with him and it was one of those 45-second chats that changes your life.

You can read the full interview in our Pi Zero special, The MagPi 40, out now!

“I was telling him that we were thinking of doing a Raspberry Pi 2 that was going to be more expensive, and at the time we had a potential route to make this Pi 2 much more powerful…

"He said ‘don’t be an idiot. That’s a ridiculous idea. You have to try and be as close to free as possible"

Eben went back to the office and cancelled all the engineering they had been planning for the Raspberry Pi 2. This was in 2013, and the cancellation delayed its release until February 2015, allowing the Raspberry Pi Foundation to retail the Pi 2 for $35. This wasn’t the only outcome from Eben’s conversation with Eric, though:

“The other thing was trying to look at what we could do to go lower than $25.”

The first result of this new outlook was selling the Pi Model A+ for $20, but after drastically changing the standard price of microcomputers in 2012 by a factor of five, Eben wanted to do it again. This meant a computer retailing for only $5. 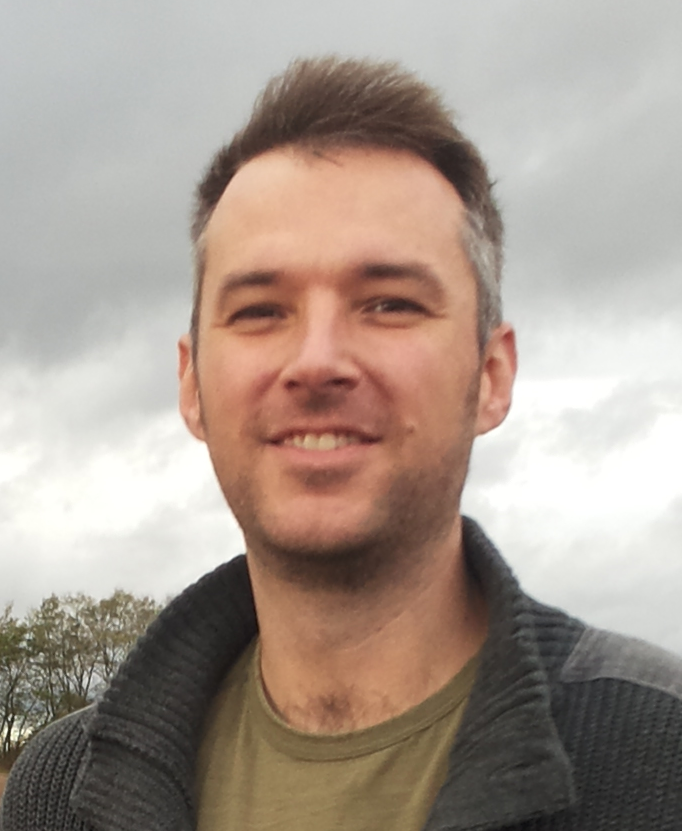 “I’d heard conversations about doing something very small, very cheap,” Mike Stimson, principal hardware engineer and the designer of the Raspberry Pi Zero, tells us. He joined in January 2015 as the Raspberry Pi 2 project was ramping down. The planning for the Raspberry Pi Zero had just begun, but Mike hadn’t begun working on it at that early stage. When it was finally pitched to him at the beginning of the summer, it took him off guard.

“It was strange actually,” recalls Mike. “I was in the middle of doing something else when someone came over and said that there was a new project: basically, to take a Raspberry Pi Model A and make it as cheap and small as possible [while still having the same specs]. Then we went through a list of features that we thought we could get rid of, ones we had to keep, and a few that we weren’t quite sure about.”

“There was enthusiasm. And scepticism,” Eben laughs as he recalls the original pitch meeting. “You’ve got a room full of the brightest guys on the planet, right, and you say ‘hey, we’re going to do this and it’s going to have a business model that looks a bit like this. It’s going to be great!’ Scepticism, obviously, but also enthusiasm. Enthusiasm that if we can pull it off, then we’ve managed to do again what we did before.” 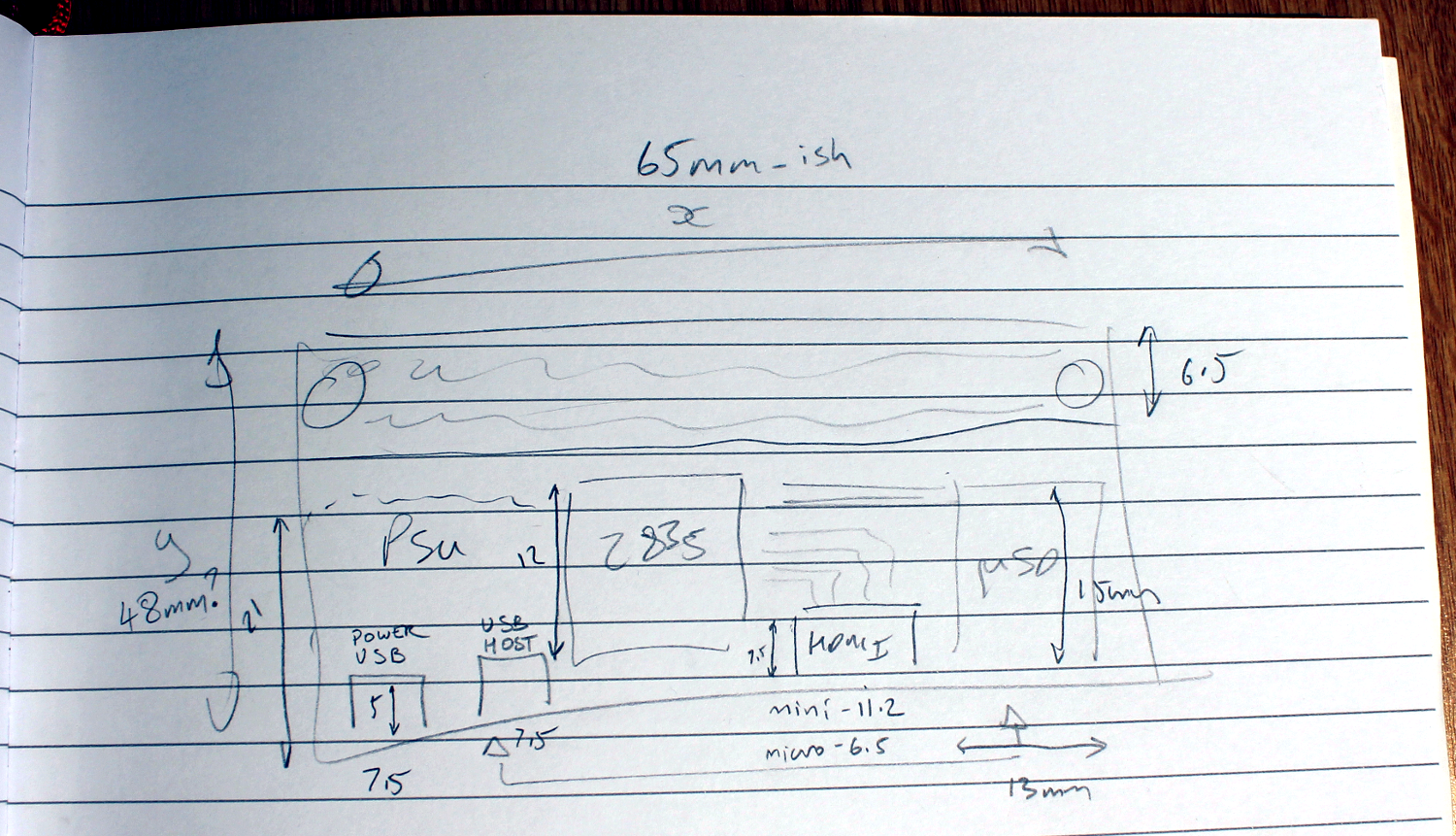 “I think my natural reaction to all these things is that it’s all crazy talk,” Mike says of the pitch. “I’ve learnt to doubt my own first instincts when it comes to these kinds of things, though.”

The first prototype was turned around pretty quickly once Mike got on to actually designing the Pi Zero. However, that didn’t mean it was easy.

“Originally, we were talking about something in the region of 35mm wide and the same length as the A+,” Mike explains to us. “It looked challenging because the other thing we also wanted to do to keep costs down was to make it single side assembly. Not only is it considerably smaller than an A+, it’s a lot more dense component-wise on that top layer. There’s a lot more clever routing that has to be done in order to get that size down. 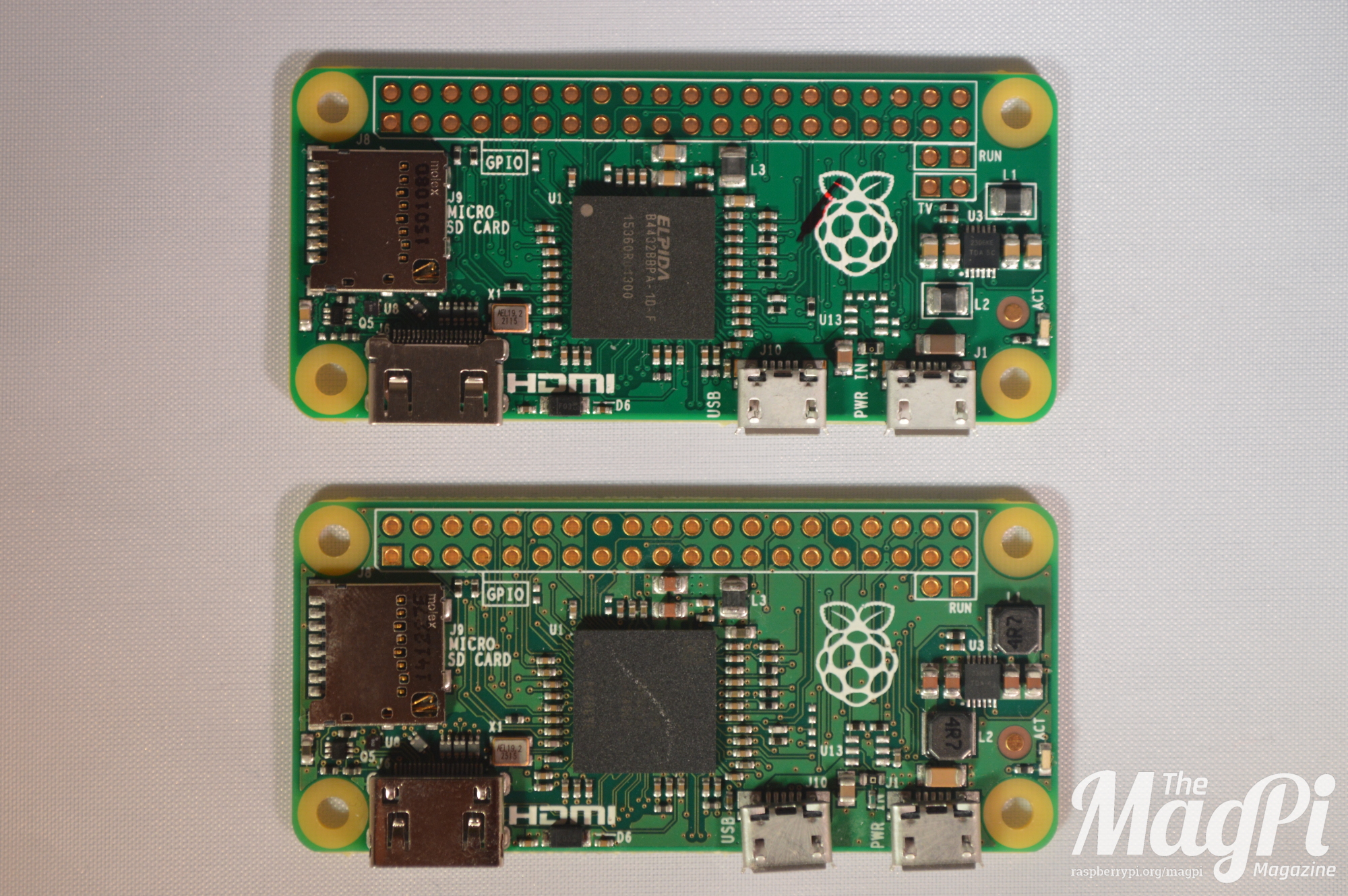 “I made it to about 65 by 35mm and then we looked at it and thought we could probably shave off a few more millimetres. So we rearranged a few of the connectors and we got it to the 30mm-wide crazy size it is now.”

“Having cheap, open, general-purpose computing – that’s got to be good for something.”

Once the design was complete and Raspberry Pi was happy with the prototypes, they began the process of making sure there would be enough Raspberry Pi Zeros available for launch.

“We spent a couple of months, June and July, getting manufacturing quotes. We were very pleased to see that UK manufacturing was very competitive. It was by far the cheapest way of making it. Then we committed orders in August and manufacturing started [on] 27 October – mass volume manufacturing. The first 10,000 are for The MagPi, so the Pi Zero you hold in your hand may very well be being manufactured as I speak.” 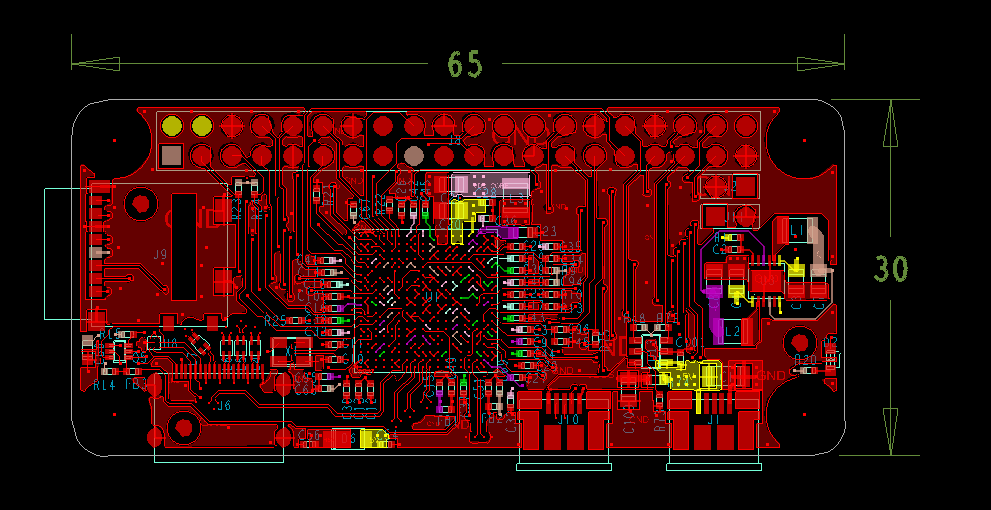 From inception in January to people’s hands in November, the Raspberry Pi Zero didn’t take very long at all, especially when you compare it to six years for the original Pi and over two years for the Pi 2.

“It’s quite fast for us; it’s being helped by the fact it is a real Raspberry Pi,” Eben tells us. “So there’s no significant software engineering involved in doing it… it is quite an aggressive schedule, but it’s good!” 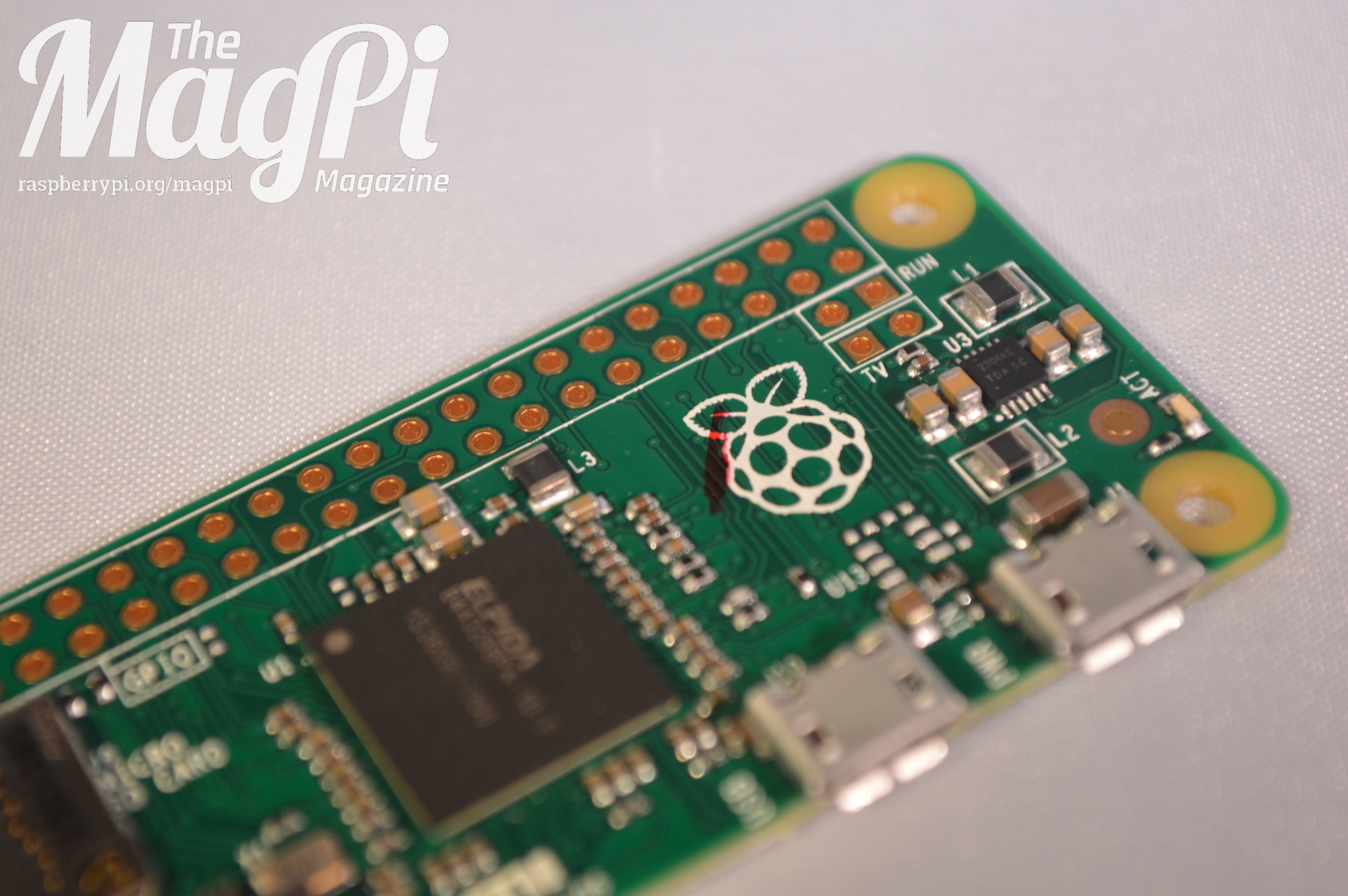 Commenting on the final product, both Eben and Mike seem very pleased with it, both in terms of the technological feat they’ve accomplished and the aesthetics of the Pi Zero as well.

“I just hope people like it,” Eben says. “I hope that it helps the education mission a lot. It’s great to make computers and stuff, but all the money is going back into the charity, so we kind of hope that the existence of this cheap thing will let even more people in the door. And maybe that’s not even people in the UK any more, but also people in the developing world. “Having cheap, open, general-purpose computing – that’s got to be good for something. We’re building 100k of them at first, but I’m just hoping it will have a life after that.” 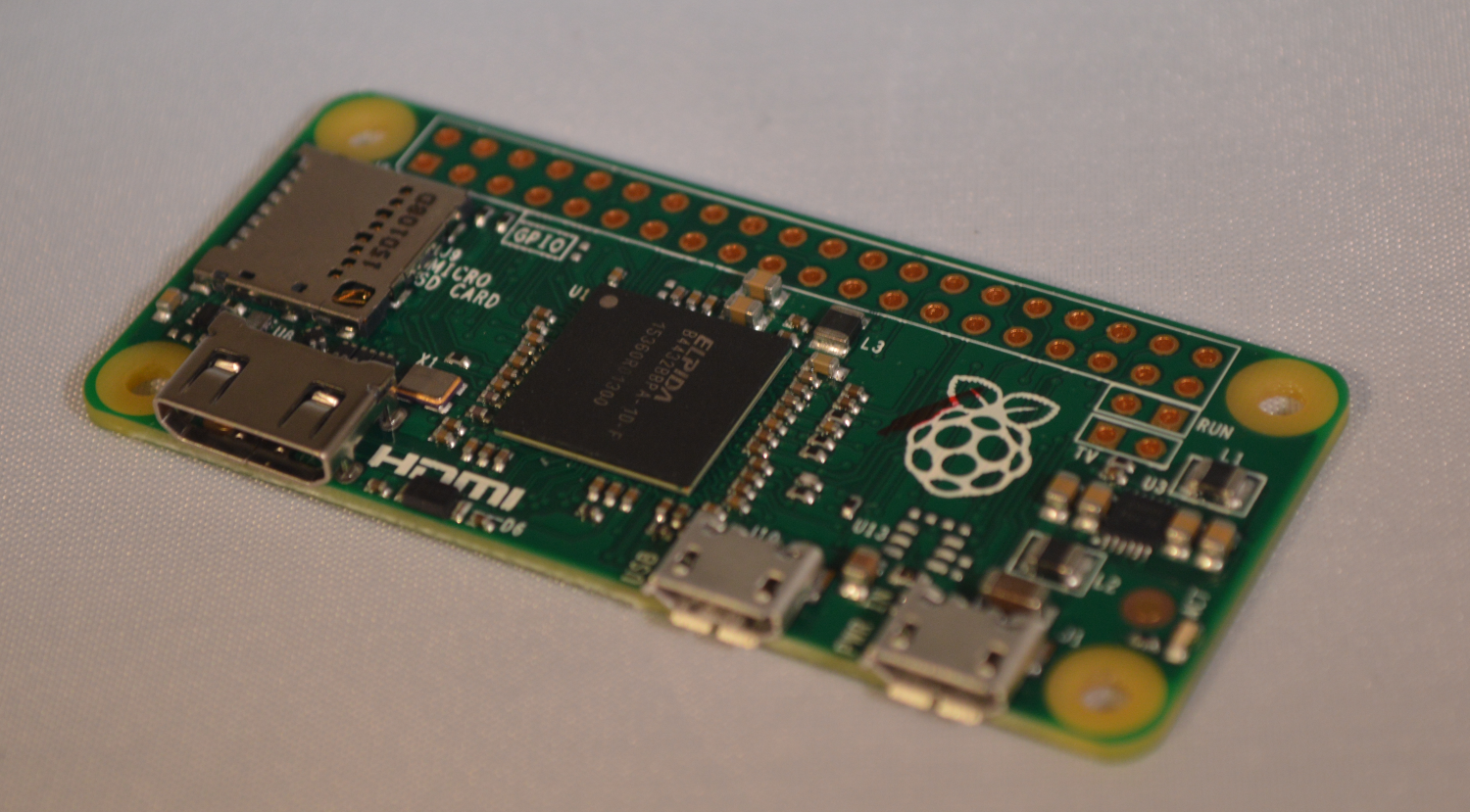