These languages join the English and German editions of The MagPi, making it one of the most international magazines in existence.

Each new magazine is a bite-sized edition of The MagPi. Containing 20 pages of the best projects and features hand-crafted into a different language.

The MagPi Translated Edition is available as a free download from The Raspberry Pi Foundation. As with UK edition, they are freely licensed under Creative Commons.

New editions will be made available monthly, alongside the English magazine. These editions will help us spread the Raspberry Pi community further. 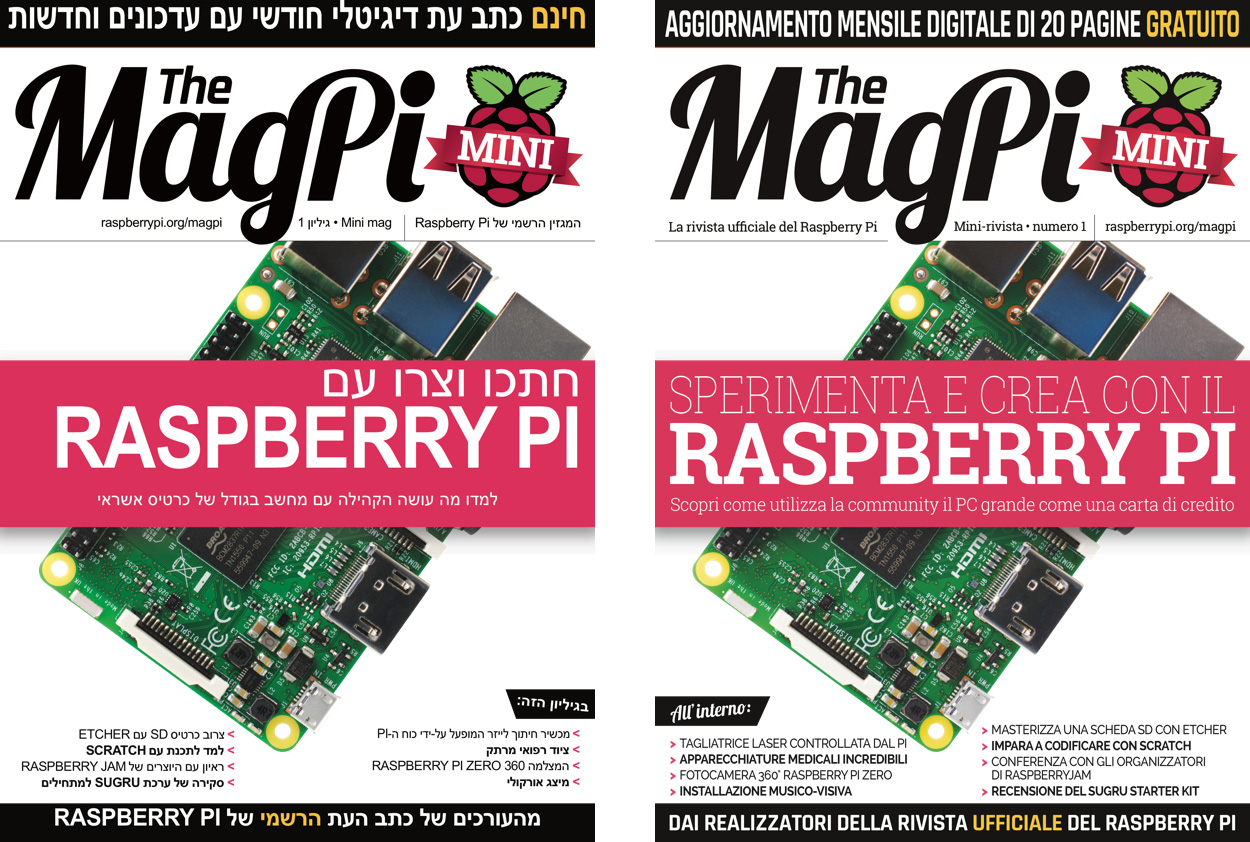 It will also enable Raspberry Pi enthusiasts who don't speak English a chance to read the official magazine for the community.

They're also a lot of fun if you're practising learning another language and want to pick up some tech terms in a foreign language. "Nous aimons l'ordinateur Pi Framboise!"