As healthy eating becomes more and more popular, a greater number of people want to grow their own vegetables. The problem is, not everyone has a nice garden or allotment to grow their own stuff – enter hydroponics and, specifically in Chris Johnson’s case, aeroponics: the process of growing plants in an air or mist environment.

“For the last five years I have been designing and refining an aeroponics tower system that is particularly well suited to growing leafy green vegetables,” Chris tells us. “The goal is to design a computer-controlled, modular, compact, and low-cost aeroponic system that is easy to replicate.”

The idea came to him while browsing through some ‘particularly bad lettuce’ while shopping. “I had always been interested hydroponics,” Chris explains. “The consistently poor quality of the lettuce finally provided the push to begin the project.”
All the years of work have paid off and, as you can see overleaf, Chris has been growing plenty of leafy green veg. 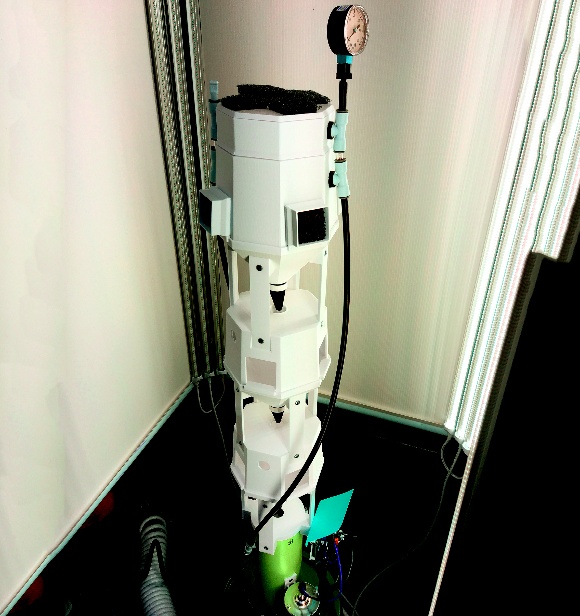 “A neighbour told me that the kale was the best that they had ever had,” Chris says. “I personally am not a kale fan, so I’ll have to take her word for it. The green leaf lettuce is far superior to what I was getting in the grocery store. The best part is that you pick leaves as you need them and the rest of the plant just keeps on growing.”

Chris says that the main issue still to overcome is algae growth in the water. “I am working to mitigate that with different plastic and also different fertiliser. Green-leaf vegetables need copper and copper kills algae, so I will soon be testing a fertiliser that contains the required trace amounts of copper. To reduce algae, the plastic should be opaque so that the algae inside the system gets no light to grow. Standard white filament, needed for its light reflectivity, is not opaque enough. I am looking to get a filament extruder so that I can make my own more opaque filament.” 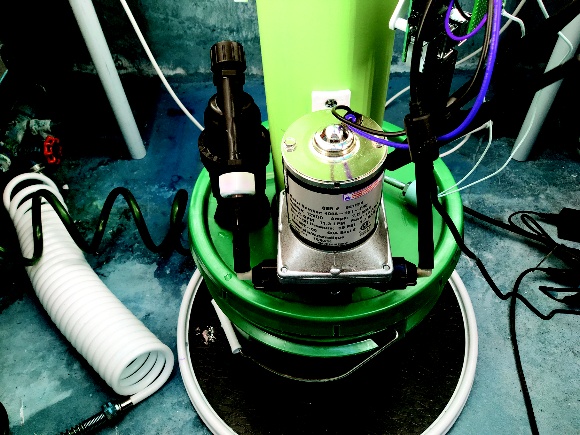 This will also reduce the cost to reproduce the system: “[It’s] printed with PETG, the same thing used to make two-litre drink bottles, since it is food-safe; same as all the hoses and fittings. The water pump is actually a standard RV/caravan water pump.”

A Raspberry Pi 3 powers the system, with regular upgrades made to the Pi part of it. “I use the webiopi web interface program to provide the backbone for the system and the control software is written in Python,” reveals Chris. “I use the pigpio library for the I2C I/O and to control the waveform timing for a custom controller board that I designed to work with the Pi.”

You can find out more details on the Hackaday project page, which Chris is in the process of updating at the time of writing.