LEGO plastic bricks is the toy that many makers love the most. The toy bricks lend themselves to building and making lots of cases. We love this LEGO NES kit.

The idea of building a case for the Raspberry Pi from LEGO is by no means unique. There are many, many designs on the internet for Raspberry Pi LEGO NES cases.LEGO has provided a sturdy start in life for many a maker.

Bernardo is a digital maker who runs RasPi PC, a Spanish retailer specialising in Raspberry Pi equipment. He designed this NesPi kit.

We like this NesPi design LEGO NES the best. Made from 111 pieces of regular LEGO, it is a tender homage to the 1985 Nintendo Entertainment System. 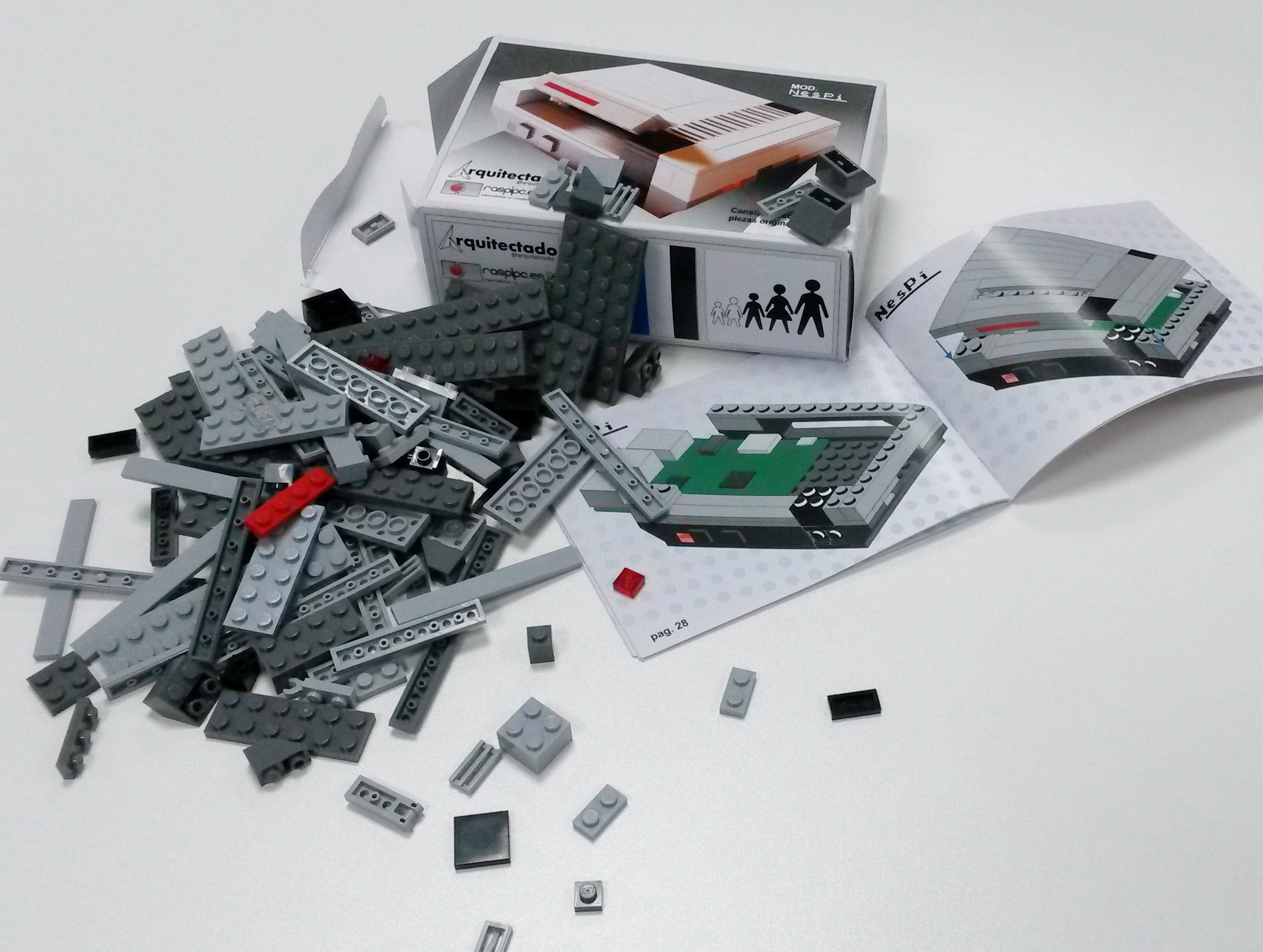 Build a LEGO NES console with a Raspberry Pi

The result is a design that looks close to a NES Classic, but has openings on the side enabling access to all the ports on your Raspberry Pi. This makes it possible to connect USB peripherals and the HDMI cable.

You can pick up a NesPi for just under €35 (including VAT) from the Spanish retailer, RaspiPC . The website is in Spanish, but it’s easy enough to navigate (leave the telephone field blank, as it may struggle with international phone numbers).

The NesPi kit contains 111 pieces of LEGO and a 30-page manual. Like all LEGO kits, it’s a lot of fun to put together as you build the case

Alternatively, if you already have the required LEGO pieces, it’s possible to create a similar-looking NES case from scratch. One maker, André Rinas, used the LEGO Digital Designer to create a similar case. You can find the instructions on his website.