Programmers rejoice! A new MagPi Essentials book called Learn to Code with C has been released.

Learn to Code with C was written by The Raspberry Pi Foundation's very own Simon Long. The UX engineer responsible for much of Raspbian's greatness.

Written by someone who knows their stuff, Learn to Code with C is your guide to the world's most popular programming language. It's free and open source, so you should pick up a copy right now.

While C is a big step up from Python, we can't think of a better tour guide than this plain-speaking book.

Why you should learn C on a Raspberry Pi

Learning the C programming language will give you masterful control over a computer. "It can give you control over the smallest details of how a processor operates but is still simple to learn and read," says Simon. "This series is an introduction to programming in C for absolute beginners; you don’t need any previous programming experience, and a Raspberry Pi running Raspbian is all you need to get started."

Moreover, a working knowledge of coding is a must have tool for your digital toolbox. This imperative language is used to create everything from digital toasters up to massive commercial projects.

Most of Linux and the Raspbian operating system is coded in C. As a consequence, learning it gives you a real insight into how programming, and computers, work.

Inside Learn to Code with C 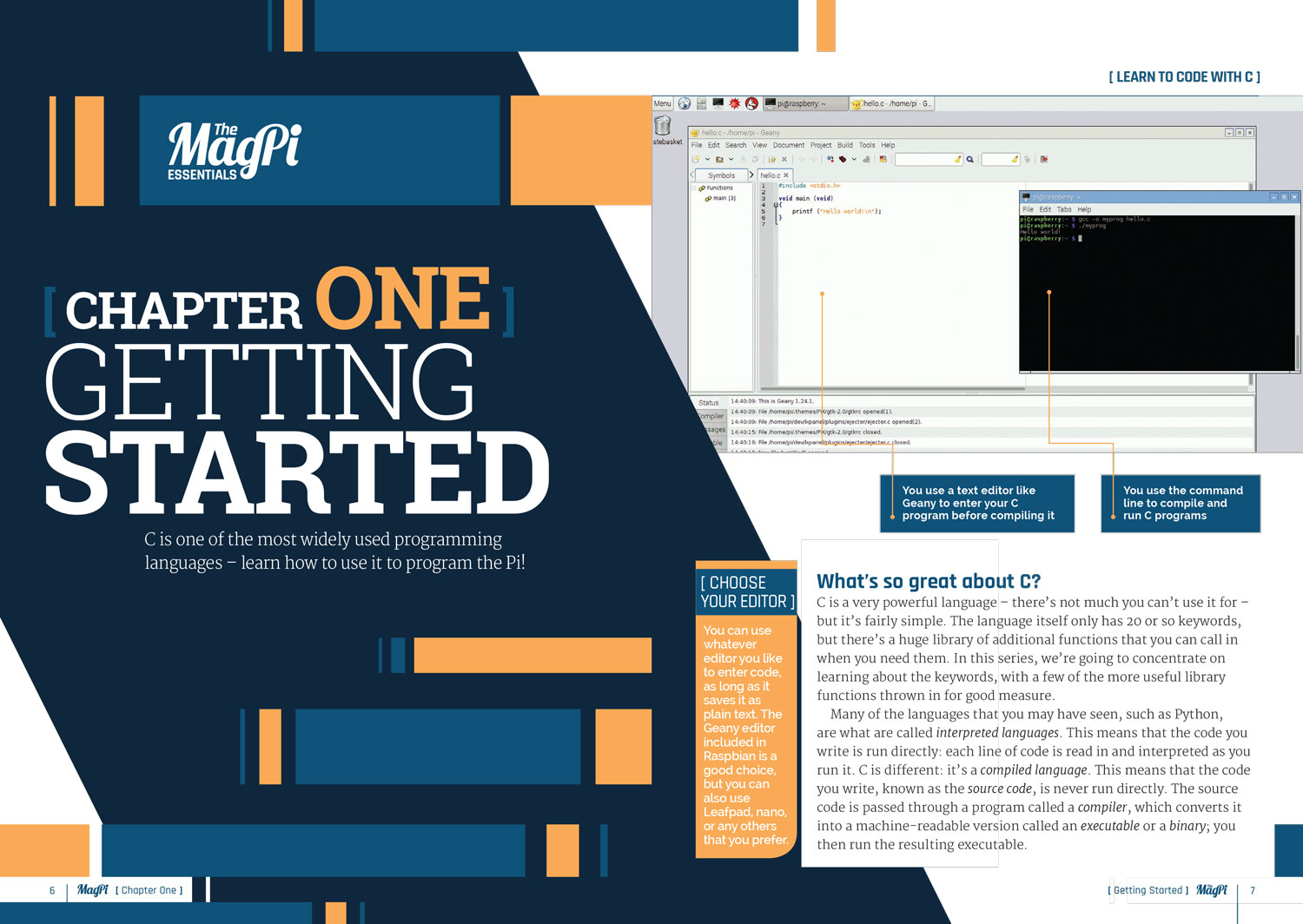 The MagPi Essentials: Learn to Code with C has thirteen chapters, covering every aspect of the language: