Raspberry Pi Pico gets native wireless with Pico W. We are incredibly proud to introduce Pico W in the latest edition of The MagPi. In this issue you’ll discover all the in-depth specifications and design features of Pico W. Plus, we bring you insights from the engineering team about how this incredibly powerful, yet tiny, development platform was brought to life. 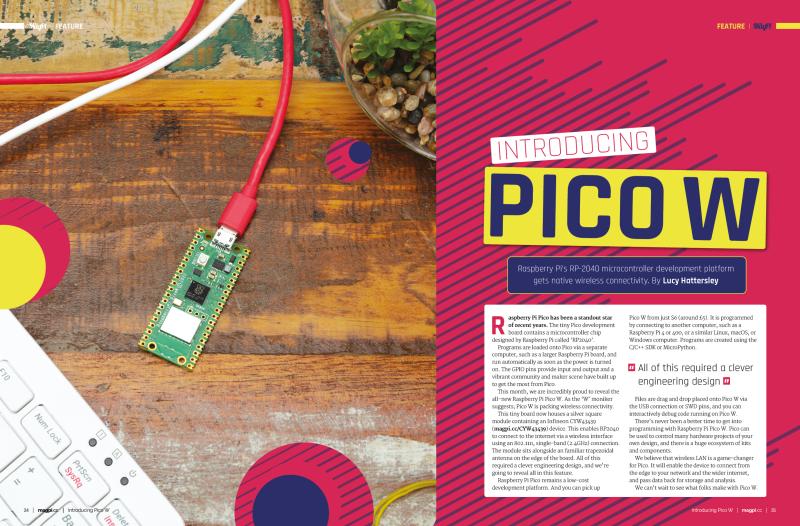 Pico W brings a whole new element to Raspberry Pi’s RP2040 development platform. Our in-depth feature covers the specifications in detail, and shows you how to set up Raspberry Pi Pico W with the new firmware, and connect to your local network. Plus we chat to the hardware and software engineers that brought Pico W to life. 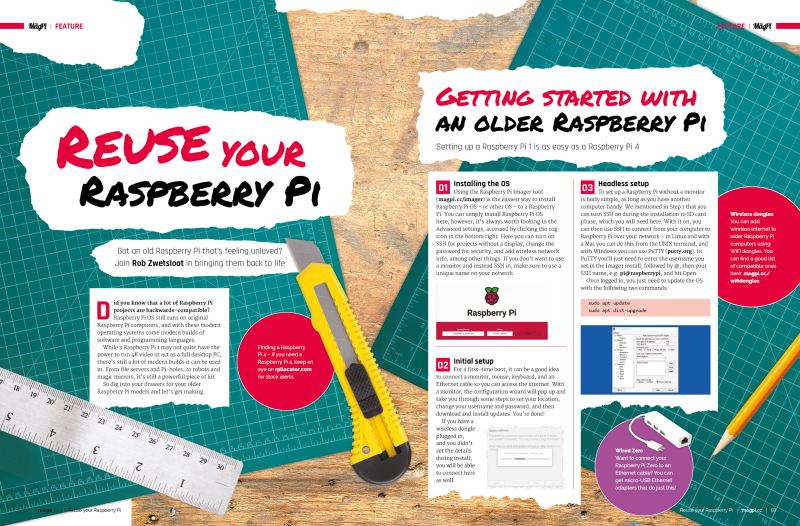 Raspberry Pi OS still runs on the original Raspberry Pi boards, and if - like us - you are a Raspberry Pi fan you might have one, or two, boards going unused. In this feature, Rob takes a look at all the things you can make with older Raspberry Pi computers. 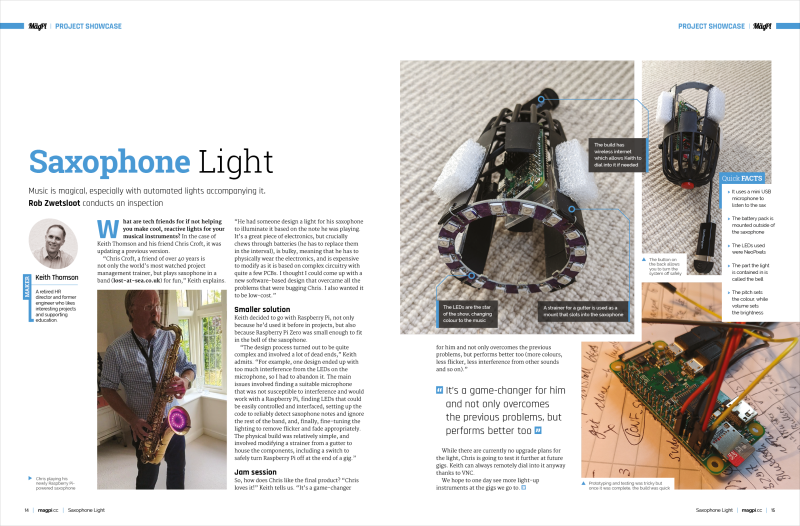 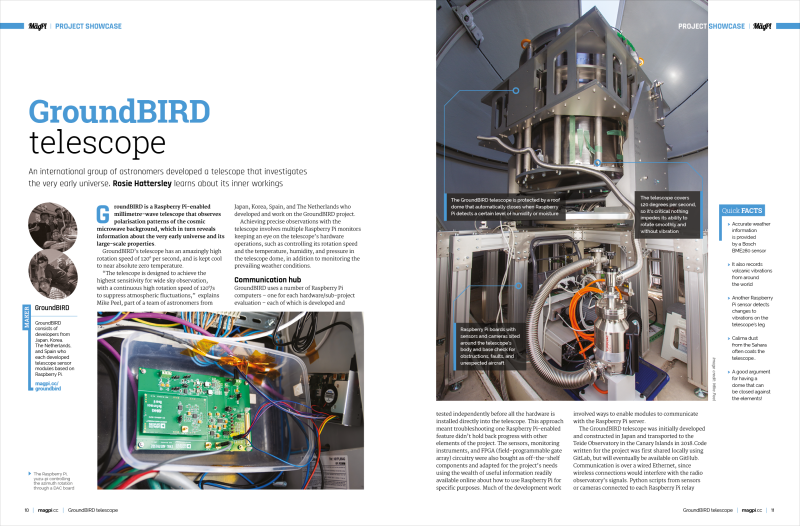 An international group of astronomers are using multiple Raspberry Pi computers to explore the earlier history of our universe. Raspberry Pi is used to troubleshoot and monitor the data from the telescope. 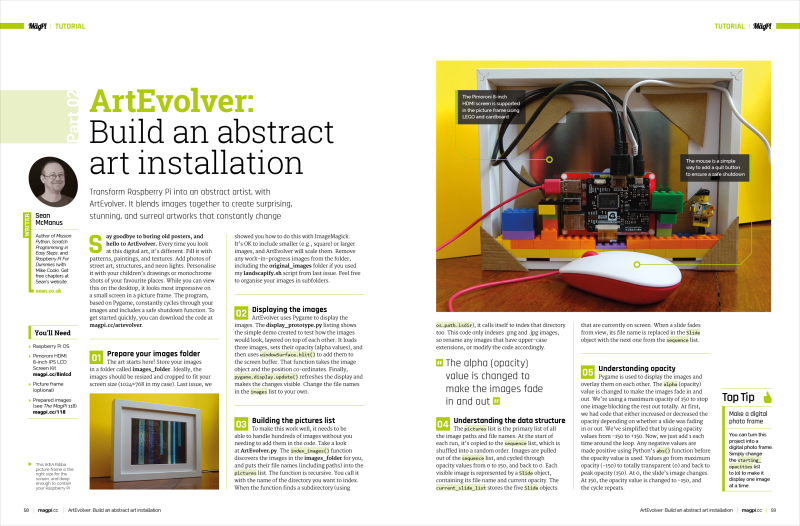 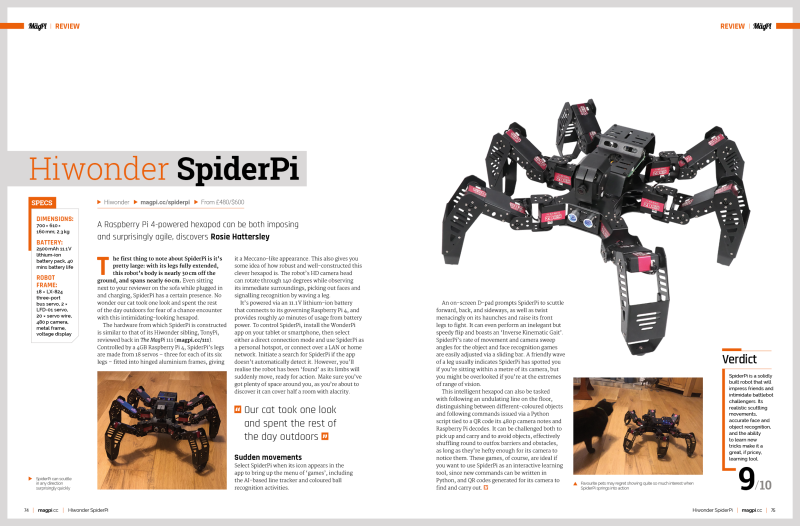 This Raspberry Pi-powered hexapod is an agile, and interesting, robot powered by 18 servo motors. It’s much more physically imposing than many robots we’ve tested, which is sure to make it a hit in the classroom, and it features AI line-tracking and coloured ball detection, along with a Python API for more advanced coding.