“When I was a kid, I’d take apart anything”, Alex says about her maker history. “Keyboards, dolls, and so on. I was raised by many people with their own creative endeavours: my bio-dad showed me how to solder, my foster parents taught me to crochet, and my adoptive parents made amazing Halloween costumes, foods, and home improvements. As a pre-teen, I got really into fountain pens and creating illuminated manuscripts; then, costumes, cut paper, and 2D wire drawings. I joined the FIRST Robotics team in high school, where I learned how to solder and program a little (beyond what I could do on the TI-83+). I dug deeply into human languages – Spanish, Russian, and Mandarin – and holography. Something about that art, steeped in the dark, catching ghosts in glass plates, is so magical to me.

I helped start the Ann Arbor maker space (All Hands Active / AHA) and worked at a screen printing shop. I started a weekly blog about my projects in 2009, making juggling balls, notebooks, a crappy amplifier for my mandolin, and more. I worked tech support for years while doing hardware in my free time. Lately, I’ve been embracing machine-centric arts... AxiDraw pen plotting, 3D printing, laser cutting, PCB design, and so on. But I still love to create with just my hands.”

It must have been through friends at AHA... gotta be eleven years ago at this point! I do also have a sheaf of Raspberry Pi ad cards I got at a long-ago Maker Faire, advertising things like Sonic Pi tutorials. No lie, I’ve probably been carting those around for over a decade now. I’m sure I’ll get to them soon. 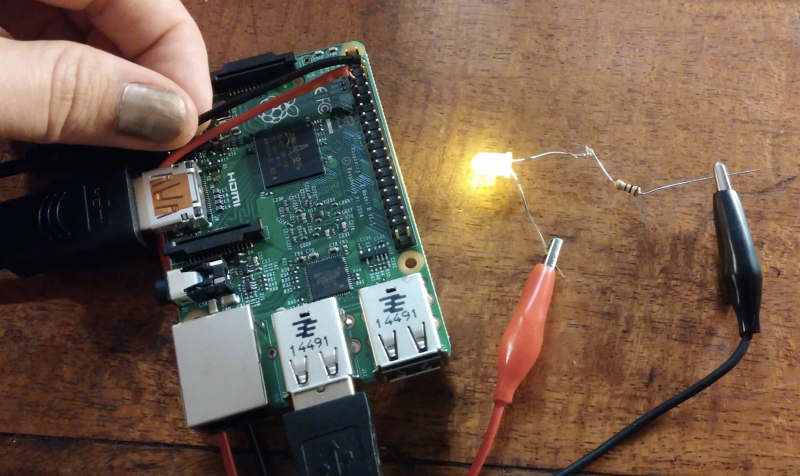 What led you to join Hackster?

I was there at the beginning! Our founders, Ben and Adam, had just gotten together and decided to merge their visions into one venture. Ben and I had a mutual friend, Cedric Honnet, who thought I could help them build out a community, reaching out to hardware companies and potential members, plus writing some tutorials to populate the platform. At the time, I thought it would just be “another Instructables”, but I soon saw the difference, with the focus on electronics and connecting creators directly with hardware manufacturers. 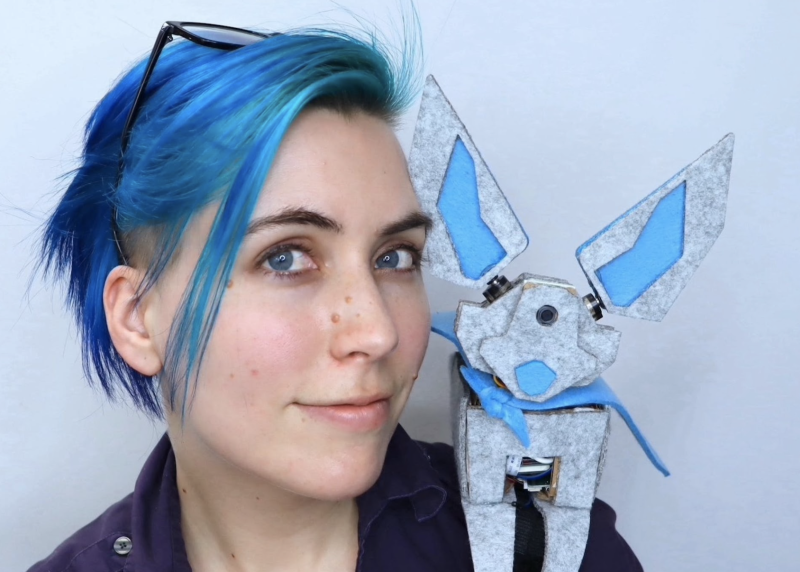 What is your favourite thing you’ve made?

Off the top of my head, it’s gotta be one of the companion bots! Either Archimedes or F3NR1R – Archie because he was my first, and because I’ve gotten so much joy out of connecting with people at Maker Faires and beyond through him... and F3N was only finished [over the last two years], but he has a cute speaking voice and a really fun design. But on another note, I’ve also been able to build a long-time dream: a stereoscopic light-painting camera! Using the StereoPi – a dual camera setup for the Compute Module – and a long-exposure raspistill command, I’m able to draw things in the air with an LED, then view the whole thing as a 3D image! Magical. I still need to polish that one and write it up more fully.