A robot made from a hoverboard and an old table? Nicola King investigates the fascinating world of upcycled bots

While countless Raspberry Pi robots have been created, most of them are on the small side. Hoverbot, however, bucks this trend and comprises upcycled parts including a hoverboard and a table.

Maker Isabelle Simova explains that she did not set out to build a robot of a particular size, but first asked herself a number of questions about what makes a useful robot. “I considered a couple of relevant scenarios like moving goods around a store, picking up items at home, or watering plants. For a robot to accomplish those tasks, at the very least it needs to run for a reasonable amount of time (at least a few hours) and be strong enough to carry a good amount of weight (10 kg or more).”

So, Hoverbot was born, a large robot that is equipped with sonar sensors for obstacle detection and is powerful and sturdy enough to transport heavy items. “Hoverbot is strong enough to carry me around,” says Isabelle, “though I wouldn’t recommend it to other people for safety reasons!” 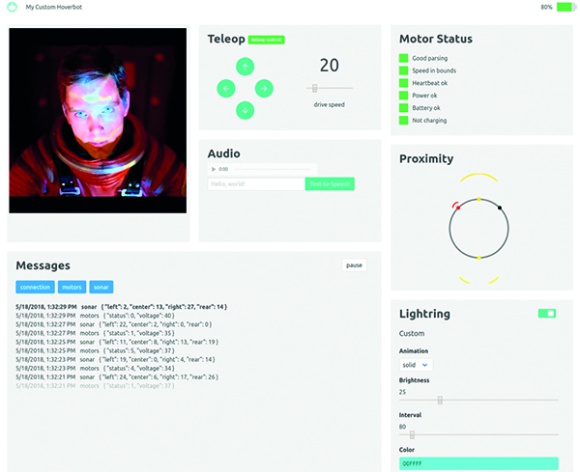 Taking around three months to build, Hoverbot is essentially an upcycled machine, a concept that was important to Isabelle. “When you repurpose consumer goods you are not only leveraging the economies of scale that make otherwise expensive items affordable, you are also leveraging and extending work that has already been done by someone else,” she says, adding that “upcycling can be a great forcing function for productivity as well. It can give you a concrete starting point in what is sometimes an intimidatingly large search space …. When you upcycle something you already have, you are putting something to use that might otherwise end up in a landfill.” Clearly a point that our consumer-driven societies need to take on board, and something that a lot of makers and hackers generally are already aware of. 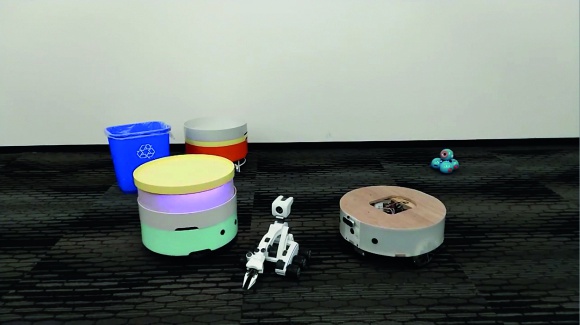 A disassembled hoverboard met the requirements of the project, and at a fairly low cost. Isabelle met various challenges along the way, including reprogramming the motor controller, which required her to write firmware without any manufacturer documentation. “The process involved some trial and error and I accidentally let the magic smoke out of two hoverboard motor controllers.”

Having used the Raspberry Pi in other projects, she was confident that it was up to the job: “With a Raspberry Pi you can … both easily interface with devices over GPIO and run software written in high-level programming languages like JavaScript and Python. With Node.js on the Raspberry Pi, I was able to write all the Hoverbot application logic in JavaScript and leverage existing Node.js modules for serial and SPI communication.”

Isabelle tells us she will continue to tweak the Hoverbot, improving the motor controller firmware, and extending the robot’s capabilities, as she explains: “Its current incarnation doesn’t do much beyond driving around and avoiding obstacles, so it does need a bit more intelligence to accomplish useful tasks.”

It’s truly inspiring to see what can be built with a dose of ingenuity and just a few items, some of which may otherwise have been destined for the bin!

A hoverboard was dismantled to remove parts for the robot, including wheels, motors, motor controller, power switch, charge port, and battery. 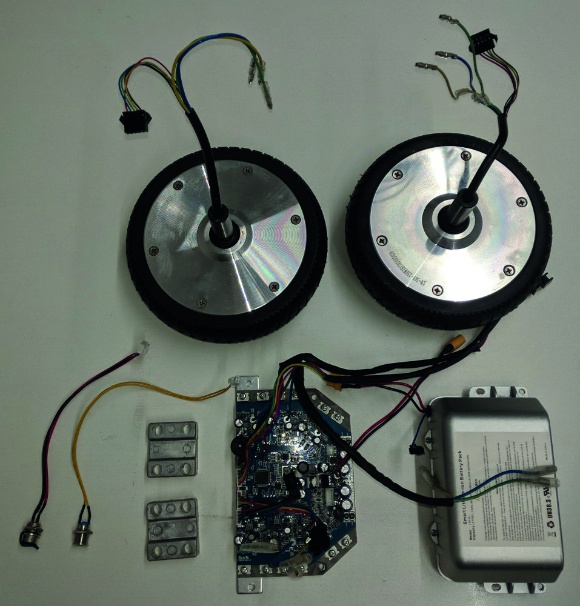 A table was upcycled for the robot’s body. Holes were cut in one table section for the wheels, and for four sonar sensors taken from a car reversing kit.

The electronics, including the Raspberry Pi, are mounted in the base using double-sided tape. An LED strip, webcam, and speaker are placed in an upper section. 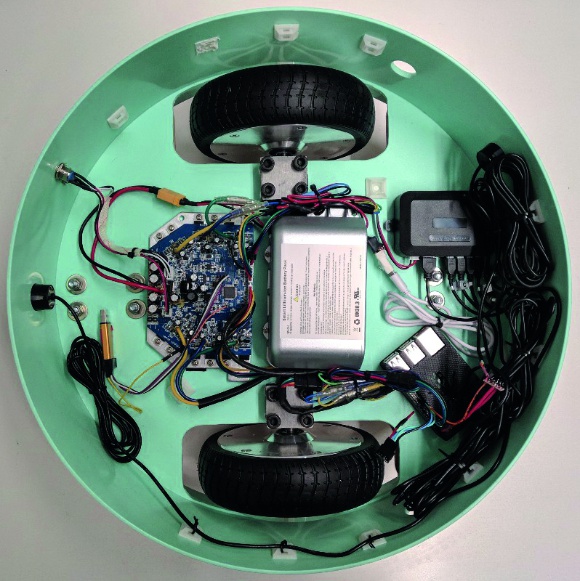