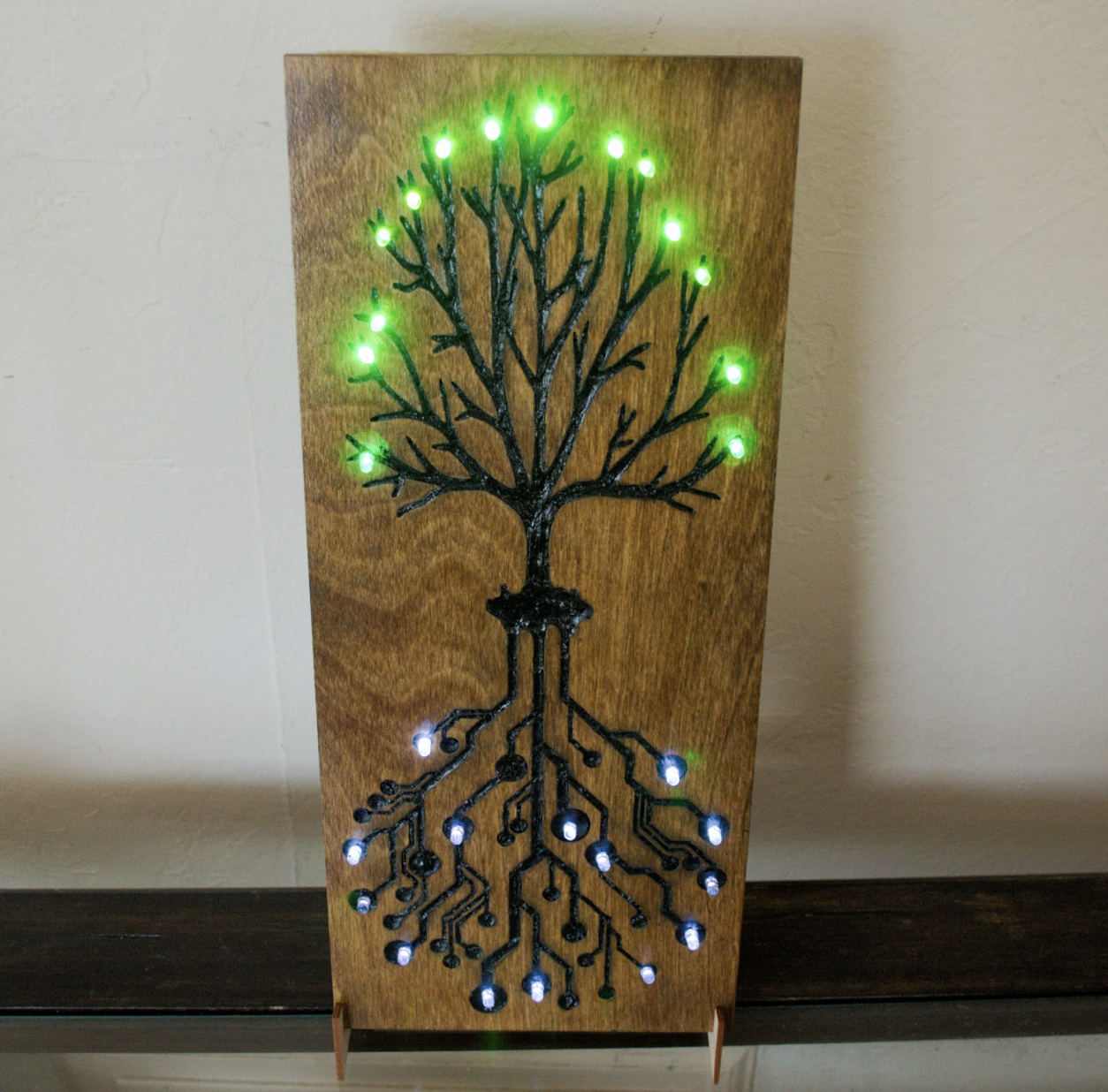 There’s also a load of great simple projects from Bare Conductive you can take a look at here – although they’ll need a little translating to work with Pico properly. 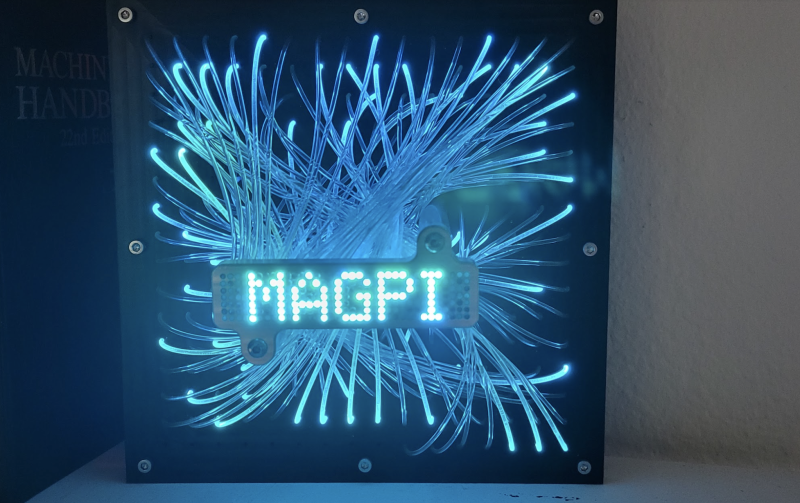 Using LEDs such as NeoPixels is a pretty easy thing to do – we’ve covered them extensively in issues 122 and 123 with light-up vacuum cleaners and Christmas tree lights. This project (which we covered in issue 118) goes further, using optic fibres connected to an LED board to create beautiful glowing effects, as text and images are pushed through them to a ‘screen’. It’s mesmerising in motion, and is truly a conversation starter. It’s a little time-consuming though – there are about 250 optic fibres hooked between the LEDs, and the display and programming them is a little different than a standard uniform display. At least you’ll have a head start on the code from maker elliotmade. 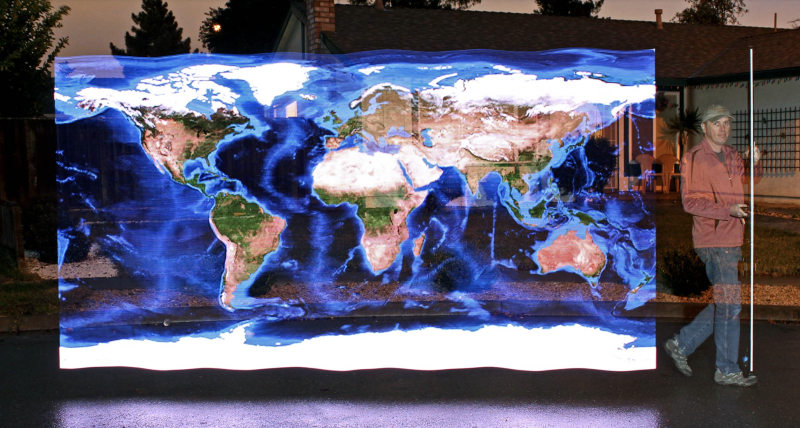 Light painting is a bit of a trick – you’re not actually painting with light, you’re just using maths and a long exposure time to create something that only exists in camera. However, it is an exceptionally cool existence. You can do it with bikes with lit-up spokes, special LED strips, and much more to make incredible stuff.