Futurehome is a self-adjusting home automation kit with the Raspberry Pi Compute Module at its heart.

The company sells a Smarthub for NOK 2499 (£233/$359). Following a successful Indiegogo campaign, Futurehome has started production. The units are reportedly selling in their thousands.

The Smarthub lets you control all aspects of your home. From the heating to the garage doors: 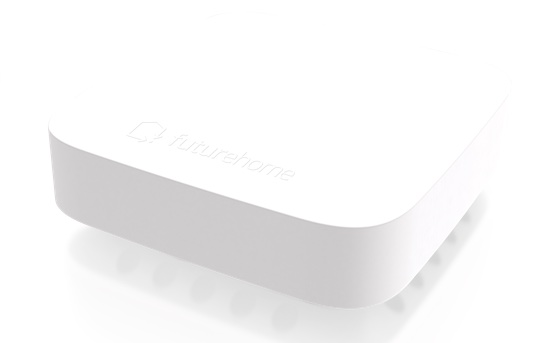 It’s a fantastic example of what entrepreneurial makers can create with a Raspberry Pi. "We were four friends who founded the company in 2013, while still in the university," says Odd. "We had some experience with old smart home systems and saw a great potential in the upcoming IoT technologies and really wanted to make something."

The Smarthub works like an internet router, but for smart devices. It “communicates through the open standards Z-Wave and EnOcean.”

These open standards allow for hundreds of different types of gadgets to be controlled, covering everything from lighting to heating and motion sensors.

At the heart of the device is the Smarthub containing a Raspberry Pi Compute Module. Futurehome has also created an iPhone and Android app to control the system.

"We used Raspberry Pi’s in the prototyping and development," explains Odd. So the Compute Module was a "natural choice".

“The small form factor and the power of the Raspberry Pi [Compute Module], not to mention the eMMC memory, all makes it the perfect server,” says Odd.