We’re in the golden age of emulation,” declares Shonee Strother. He doesn’t have a standard technical background, but he’s been a gamer all his life and, when the pandemic put his role as a creative director on hold, he began looking for new hobbies. Shonee and his six-year-old son Wolf started their Raspberry Pi adventures “by modding an arcade 1up with a Raspberry Pi 3B.” Wolf is extremely interested in gaming, like his dad, who felt that his son’s young age meant “there’s so much gaming history he’s missed. Giving him a slice of that was super important.”

When Shonee documented their work on Instagram, people began to take notice. Their bespoke gaming arcade business, Fancy Octopus Arcades, “just sort of took off from there.” 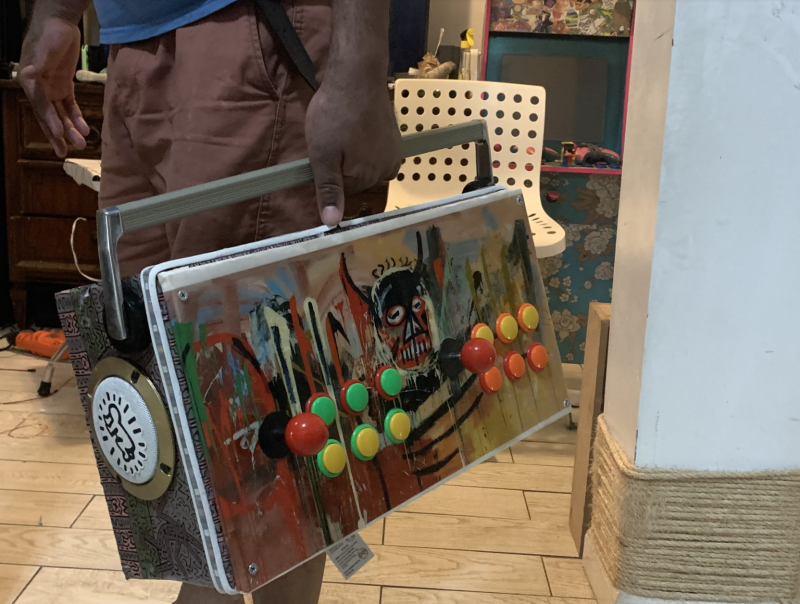 Brooklyn resident Shonee started following a few Reddit and Facebook pages where he “saw folks making huge gaming rooms, loading them up with arcade cabinets, and realised that for some of us in smaller apartments, that wasn’t a possibility.” Shonee was also frustrated that people were capitalising on the scarcity of arcade cabinets, “snagging all the 1up machines they could find and price gouging them to death.” He decided to address pent-up demand for games arcades, focusing on designs that would fit a New York-sized apartment. 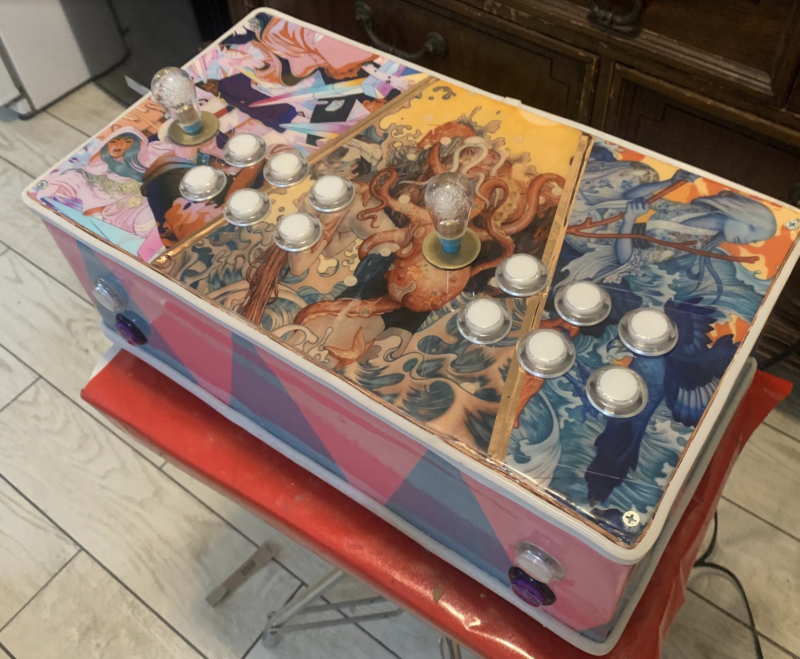 The idea was to make small, mini cabinets, packed to the gills with games, easily plugged via standard HDMI for video audio output. Shonee also wanted them to be highly personalised art pieces “that a person could be proud to put on a display shelf or coffee table.” Raspberry Pi’s small profile and extremely robust performance helped him “pack a lot of oomph into a very small package,” he confirms. He also loves being able to easily flash images directly onto the SD card with little or no manual coding changes. As a result, he can focus on each cabinet’s artistry. 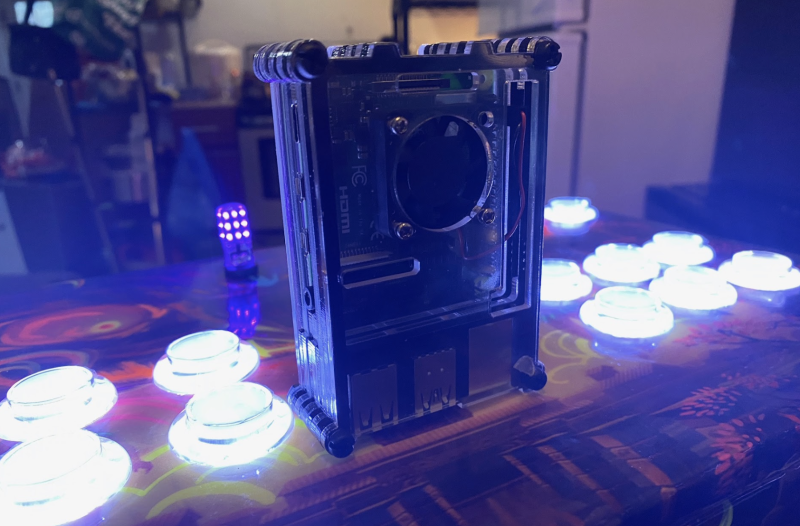 Although homemade retro games cabinets are a popular build, Shonee’s stand out because he designs and creates all the parts himself. The 3D printing, silkscreen, vinyl wrap, and decoupage work is all done in-house, depending on the build. Shonee works closely with clients, creating a design around their vision. “No two builds are ever alike, and no two designs are ever repeated,” he says of what is now a two-year-old business. “I’ve had so many folks ask me ‘can you build me a copy of that Donkey Kong deck?’ My bank account absolutely hates that I have to say no.” The unique elements that bring his designs to life include gear sticks masquerading as swords for his Samurai Jack build, the handle from a Panasonic boom box found at a Chinatown flea market and used in his Basquiat/Keith Haring build, and a Donkey Kong barrel refashioned from a garden centre planter. “Basically, I use whatever I can.” More often than not, he uses software from Arcadepunks.com. Their front ends are “stable, responsive, and rarely cause problems down the line,” Shonee says. 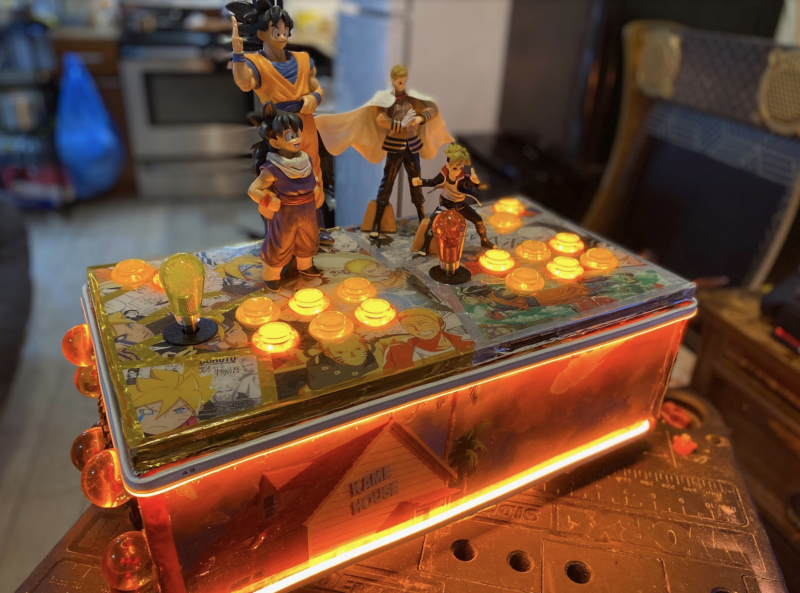 “Some folks really want to focus on retro arcade gaming; some folks are more focused on having a game preservation library of console games from their past. There are always some adjustments that need to be made. Luckily, with the versatility of Raspberry Pi, it’s pretty easy.” Each Fancy Octopus Arcade typically takes about a month to complete, with costs varying depending on the brief. 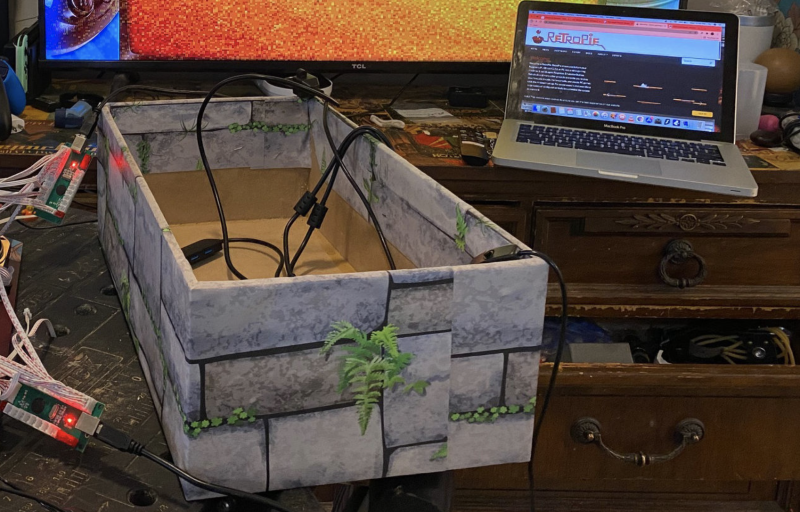 “Without Raspberry Pi, this would just be a box with buttons on it,” Shonee concludes. “The size, power, versatility, and ease of use have given me the ability to help the dream of making my hobby a career come to fruition. 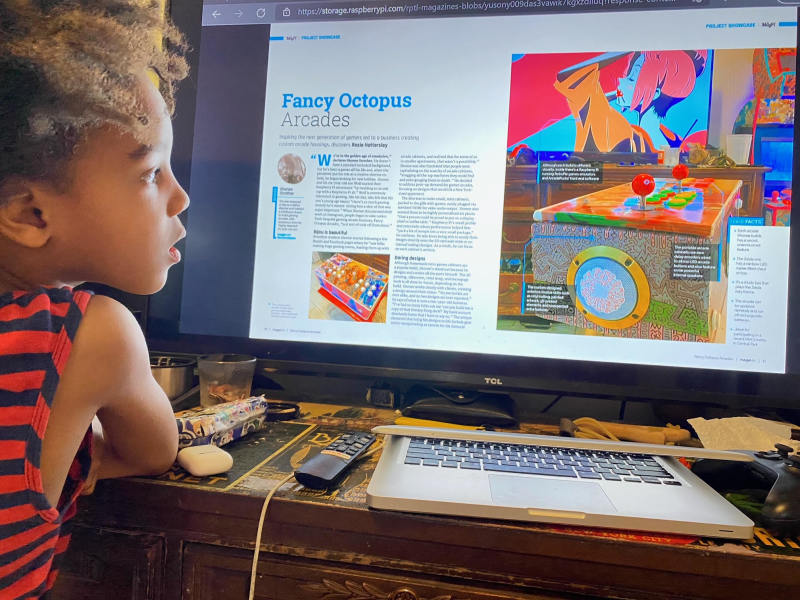