Adding a camera to Raspberry Pi opens a whole new world of project possibilities. As well as being able to build your own camera, the visual sensor can be used with code and image-recognition. In this month’s edition of The MagPi magazine we look at using the camera with Raspberry Pi to create incredible vision-based projects. 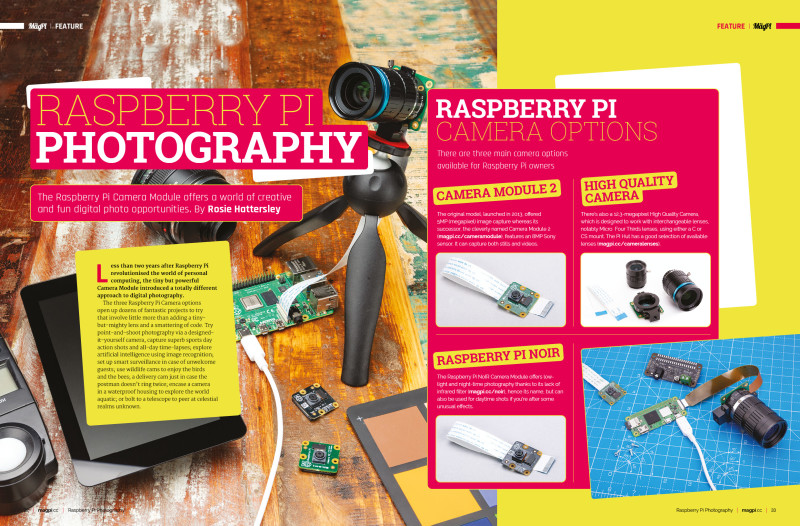 The Raspberry Pi Camera Module offers up a world of creative possibilities. Discover how to add image recognition to your projects by connecting and coding with the camera. Learn how the 'raspistill' and 'libcamera' libraries are used to control your projects, and get inspiration from other makers. 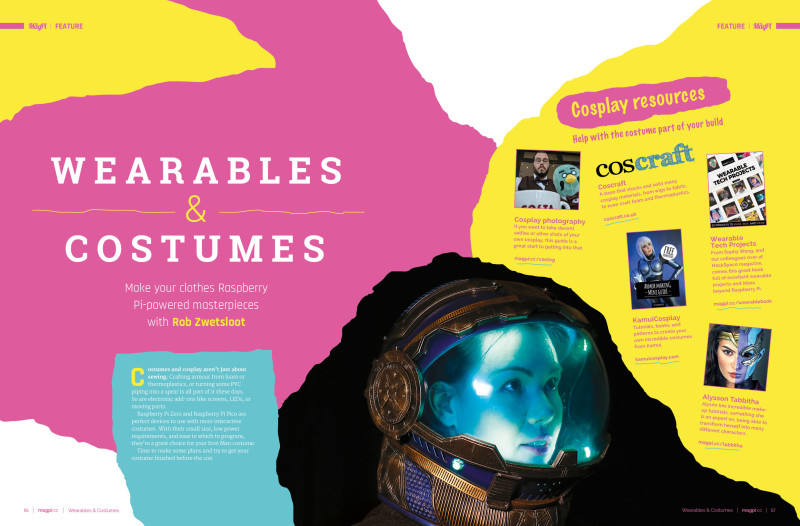 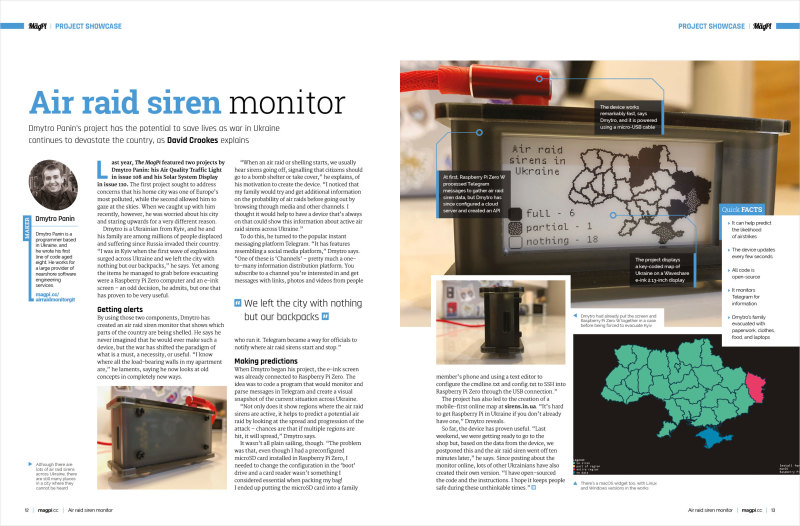 Dmytro Panin’s latest project has the potential to save lives during the war in Ukraine. His air raid siren (and interactive website) uses Raspberry Pi with the Telegram instant messaging system to show where air raid sirens are active. 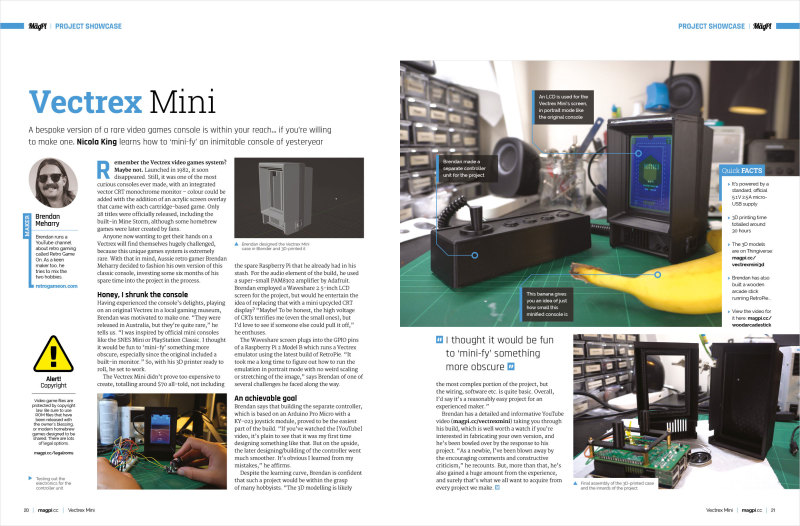 Many team members have hankered after a Vectrex. This little-known console played vector graphic games on a small screen. This Raspberry Pi recreation uses a 3D printed case and LCD screen to recreate the classic games machine. 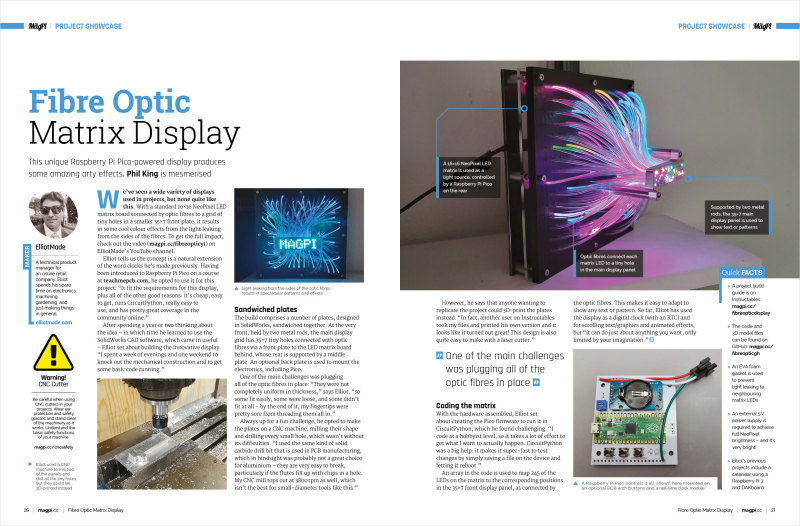 This spellbinding project uses Raspberry Pi Pico and a 16x16 NeoPixel matrix along with some fibre optic cables to produce a unique artistic effect. 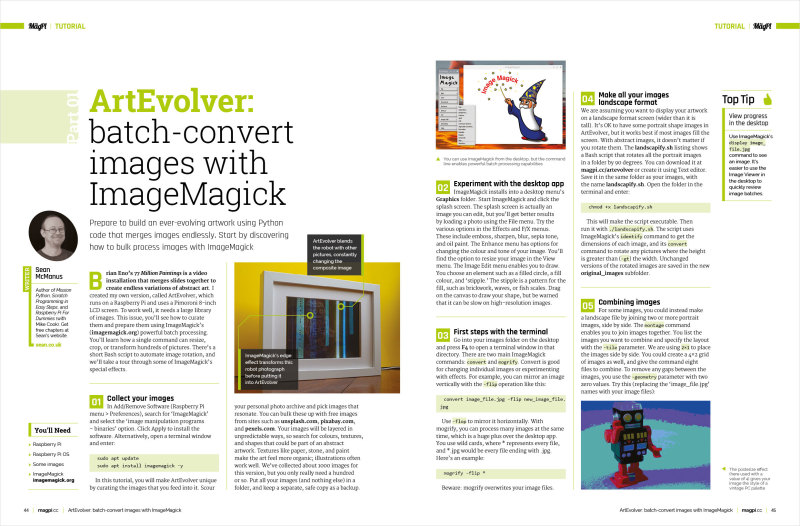 Sean Mcmanus starts the first in a new series of tutorials building ArtEvolver. A project that merges images endlessly to produce composite effects. In this first part of the tutorial, Sean shows us how to batch convert images using ImageMagick. 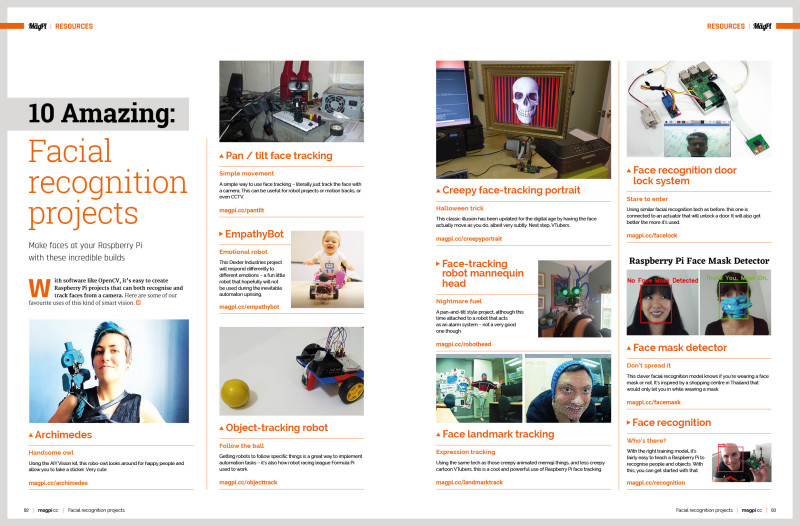 With a little software like OpenCV it is possible to add facial recognition to a Raspberry Pi. This enables a range of interesting builds that respond to human facial activity, adding a layer of responsiveness to your builds. 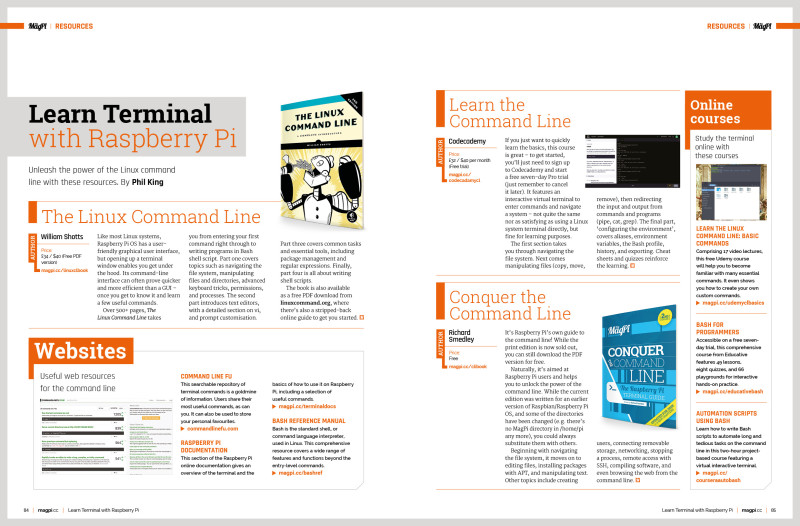 Terminal is an application used to enter text-based commands to Linux (including the Debian-based Raspberry Pi OS). Learning terminal is one of the fundamental building blocks to becoming a better maker, and we gather together a range of tutorials that will make your terminal experience easier.

Pick up your copy of The MagPi issue #118

The MagPi magazine issue 118 is available as a free digital download, or you can purchase a print edition from the Raspberry Pi Press store. Subscribe to The MagPi in print for 12-months and get a free Raspberry Pi Zero 2 computer.