It's time to shake off winter and get ready for a year of digital making. The February edition of The MagPi magazine has two incredible features: Practical Programming & Maker Tools For All Ages. In the first, you'll learn how to use code in practical ways to control your projects, and in the second you'll set up a maker studio where your makes come to life. 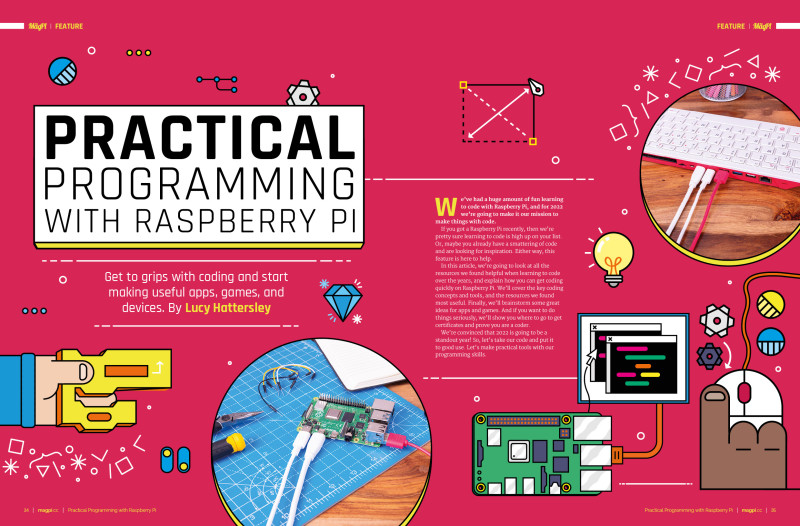 As we get into 2022 it's time to rediscover a love of code. Learning to program is fun for its own sake, and we think it's the best way to improve your mind. Take code to the next level by putting it to use in a practical way. Practical Programming is designed to explain the basics of code with Raspberry Pi and help you learn to develop skills and put them to use in your projects. 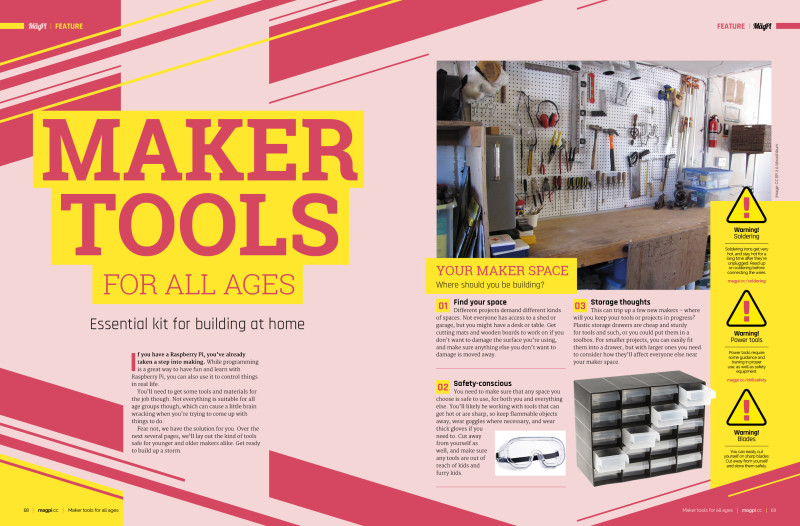 Maker Tools For All Ages

A maker space is a place where you focus on building all kinds of things. Not everybody has a shed, but this feature will help you turn a spot in your home into a maker location. You then furnish it with the tools you need to make all manner of projects. Rob walks us through tools that are safe for younger and older makers alike. 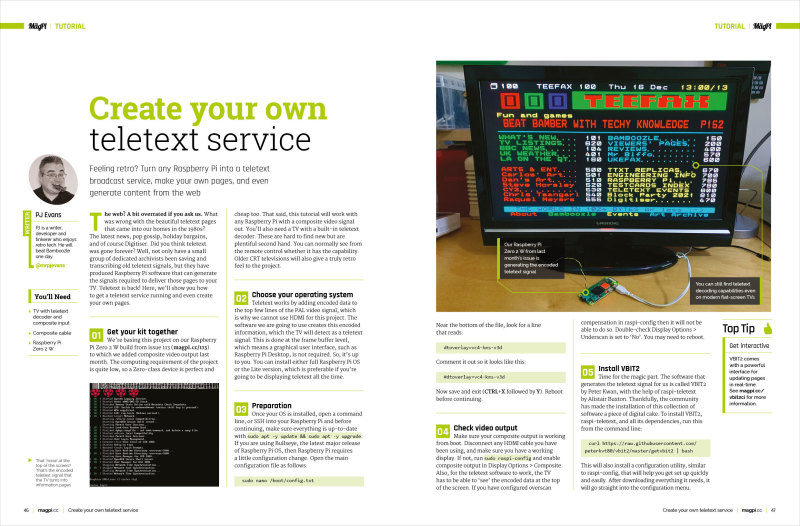 Create your own teletext service

We've got a soft spot for Teletext. This classic text-based television service was hugely popular in the 1980s in the UK. Thanks to a group of dedicated enthusiasts, Teletext has been saved. In this feature, PJ Evans looks at using the video out pins on Raspberry Pi Zero 2 W to attach Raspberry Pi to a CRT television and generate the signals required to deliver Teletext pages to your television. It's like the internet never happened! 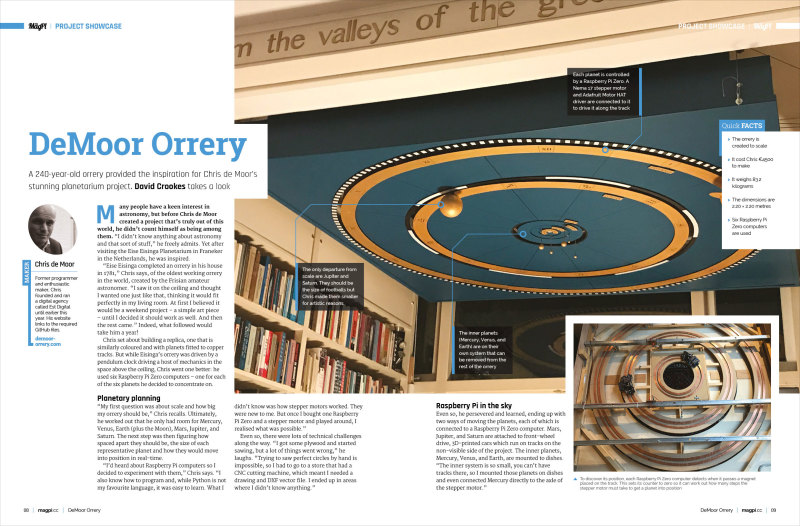 Chris DeMoor has built a gigantic working model of the solar system using Raspberry Pi and a CNC cutting machine. The resulting orrery is suspended from the ceiling and a motorised car and spinning dish move the planets around. It's a very clever, and stunningly realised project. 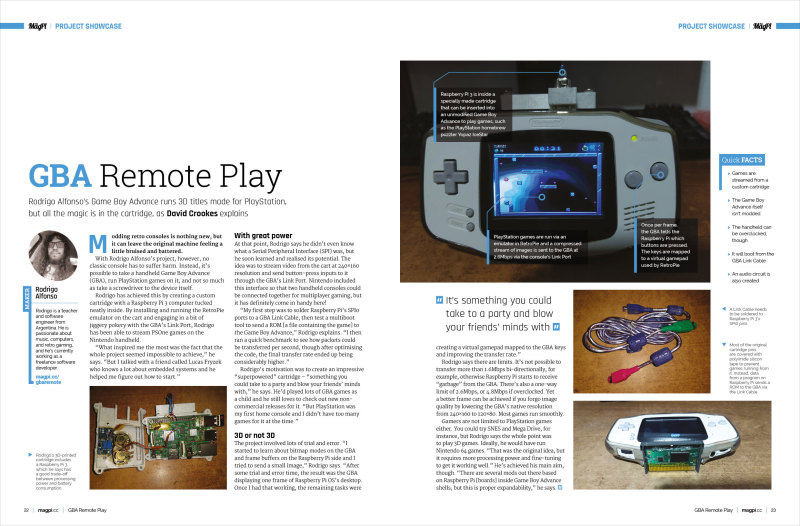 We're no strangers to hacked consoles. Usually, the original innards are replaced with Raspberry Pi. Rodrigo Alfono's Game Boy Advance is something quite different. In this incredible build, the Game Boy is kept completely intact, and a special cartridge with Raspberry Pi 3 inside is used to stream homebrew PlayStation One games. The GBA tells Raspberry Pi which buttons are being pressed, and a stream of images is sent to the Game Boy Advance via the console's Link Port. Intrigued? We certainly are. 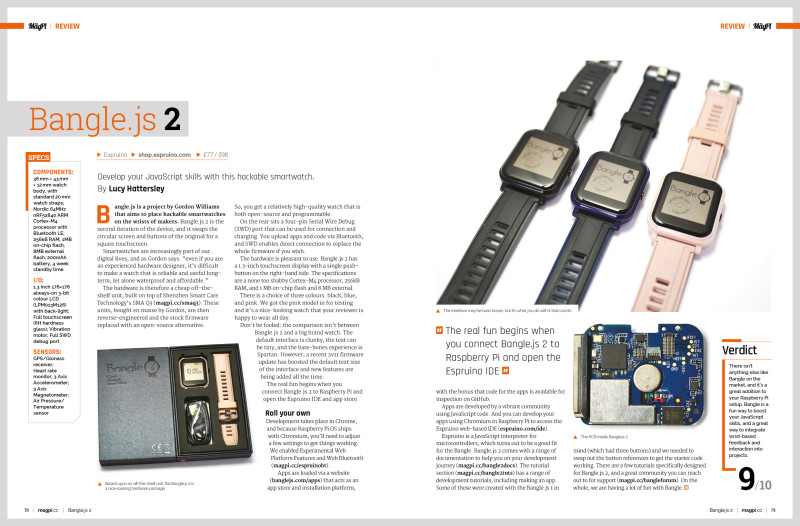 Gordon Williams has made hackable smartwatches a labour of love, and this is the second iteration of the well-known Bangle project. Rather than build a new watch from scratch, this is an off-the-shelf watch with the stock firmware replaced with an open-source alternative. You hook it up to Raspberry Pi, program it with JavaScript and integrate your projects with your wrists. We're rather smitten with the result. 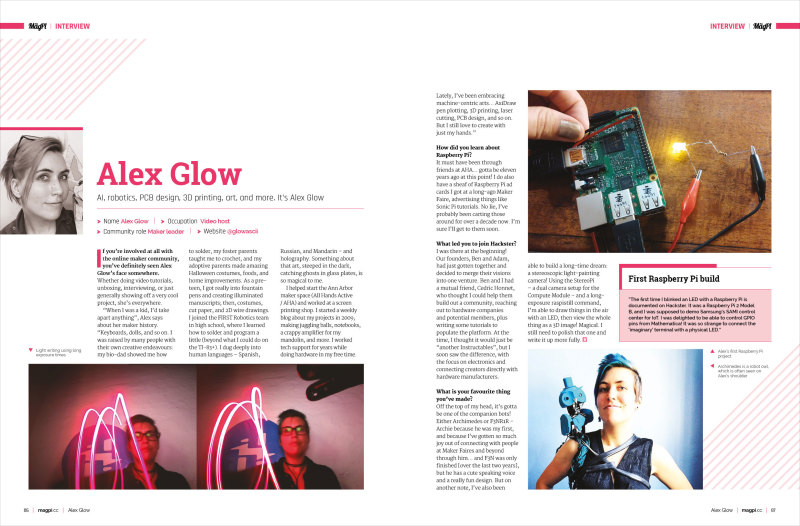 Most folks involved with the maker community have heard of Alex Glow. When not doing video tutorials, unboxings, or interviewing other makers, Alex is making cool projects and sharing them with the community.

Pick up your copy of The MagPi issue #114

The MagPi magazine issue 114 is available as a free digital download, or you can purchase a print edition from the Raspberry Pi Press store. Subscribe to The MagPi in print for 12-months and get a free Raspberry Pi Zero 2 computer.