Though more of a wordsmith than a tech expert, Justin Forsythe had enough of an interest in technology to take a master’s degree focusing on our relationship with it. “I’ve always been interested in how things work,” he says simply. The maker community caught his attention and, starting with soldering, he began to investigate the uses of PCBs and Raspberry Pi. Inspiration for what would become the Cyberdeck soon arrived.

Encouraged by the success of his first electronics project in which he revived and added capacity to the HDMI ports of his Onkyo audio receiver, Justin began to cast around for what to make next. “The versatility, affordability, and size of Raspberry Pi really made it a smart buy during a time when I wasn’t sure what my next project would be,” he says. He knew it was to be something practical. He also found the entertainment factor of RetroPie and other retro gaming emulators intriguing, and had seen examples in portable cases. 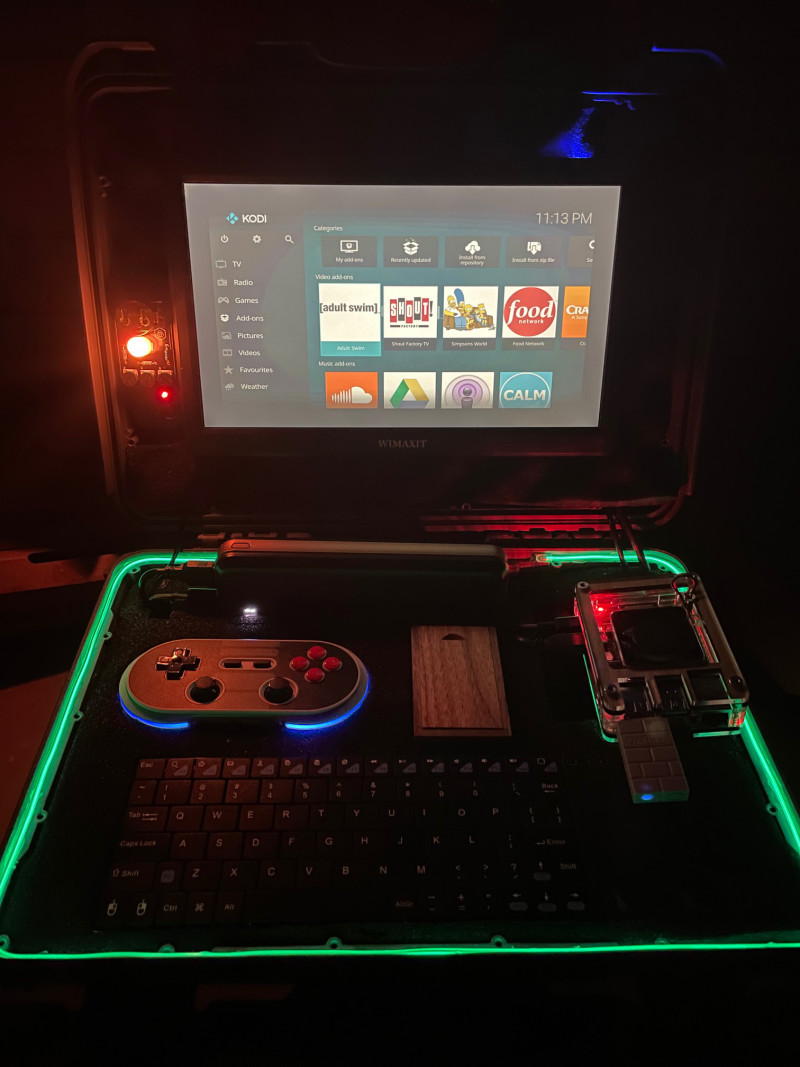 “Somewhere around this time” he began reading the novel Neuromancer, “which elicited images of clandestine hackers whipping out cases that contain computers with powerful capabilities. I’ve always been a fan of James Bond and Mission Impossible. This definitely helped put my head in the right place for making something fun and useful.”

Not content building a ‘toy without a real-world application’, he decided to make use of the word processing and internet access possibilities of Raspberry Pi OS, and to combine that with a gaming pad inside a ruggedised case. “A self-contained system with wireless access also has value in an emergency situation,” he reasons, suggesting it’s a practical option to take on a camping, fishing, or sailing trip. What would make his idea less like reinventing the laptop was having the game station and PC parts sit alongside each other, plus some serious attention to the Cyberdeck’s aesthetics. 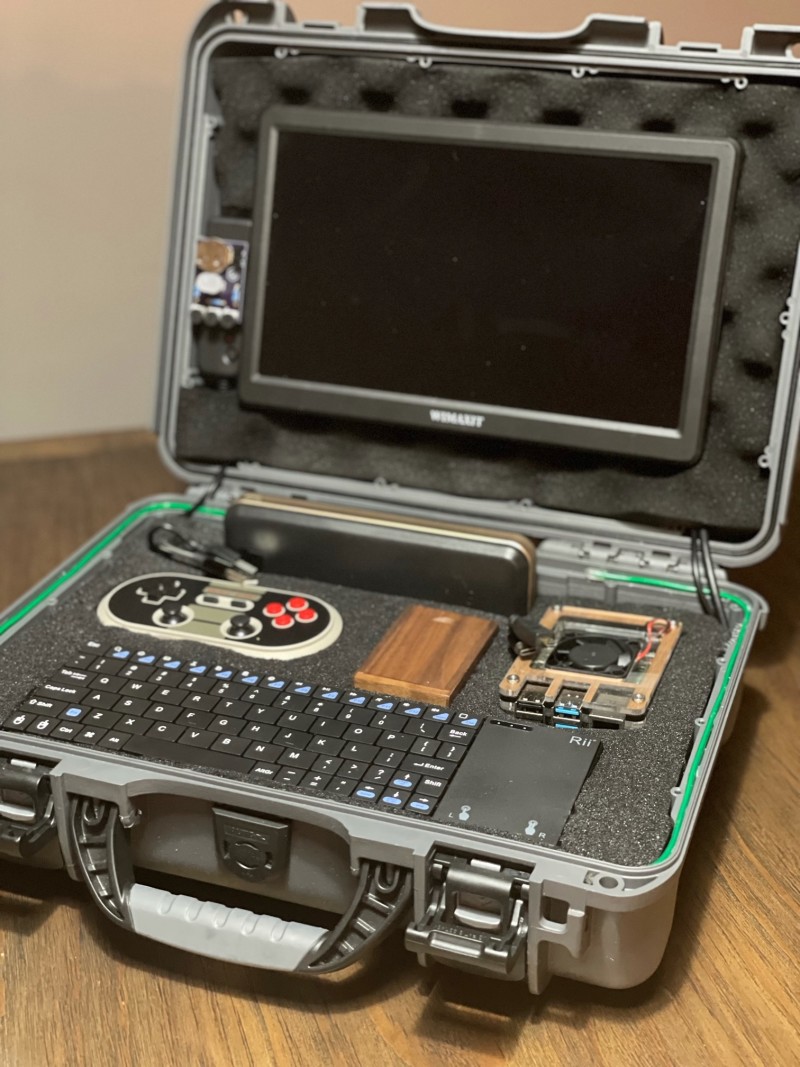 Raspberry Pi’s size offers perfect portability for a project in which space management was critical: “The challenge [was] to arrange the components in such a way that they are attractive and conveniently oriented in relation to one another.”

He sourced a Nanuk 910 waterproof case from C4Labs, which has a fan inside and pins to connect to Raspberry Pi, “so that when the board receives power, it’s also being cooled”. Furthermore, the case design meant “I could throw this entire project in the river, pull it out and open it, and the setup would be dry and ready for use.” 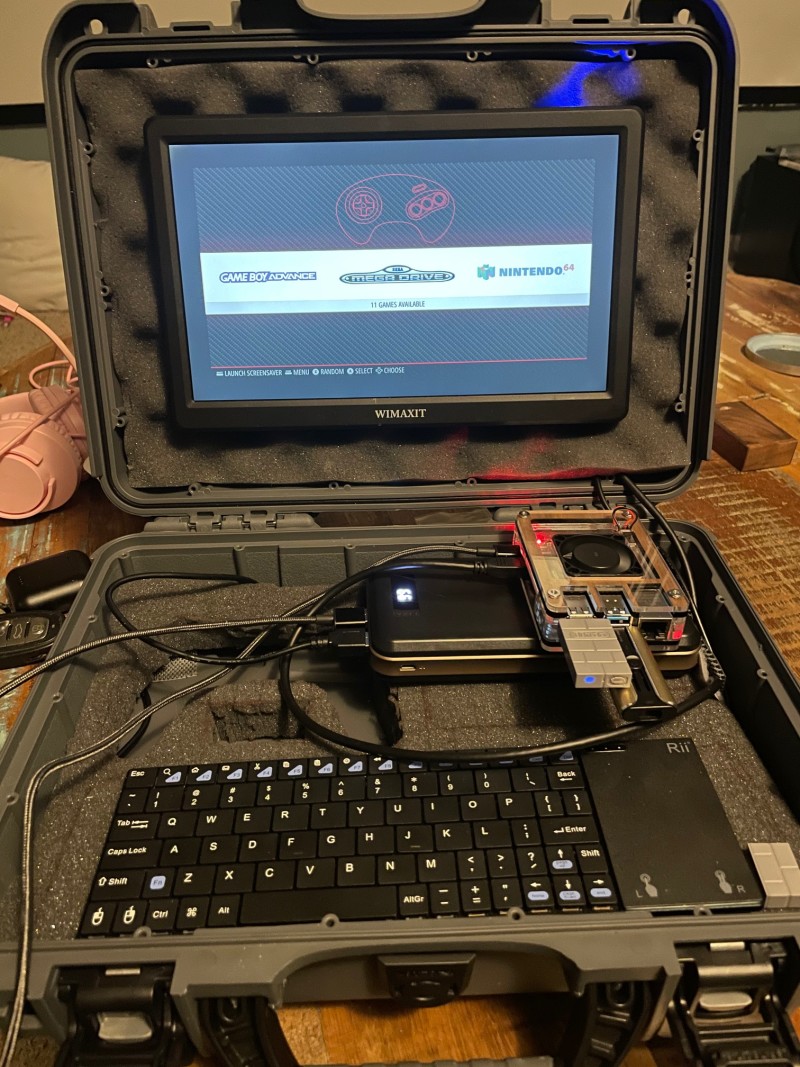 Next, Justin decided his Cyberdeck would look “so much cooler” with a keyboard. The Rii K12 model he chose, along with a 10.1-inch 1080p screen and 30,000 mAh portable battery left room for a “small framing” of protective foam and a little wriggle room, if needed, to adjust the position of the cables. To his delight, there was even room for a control board for the funky light strip he’d got his eye on.

This adds to the atmosphere when the Cyberdeck is being used in retro game emulation mode to play the legal ROMs he acquired online. Since he’s largely satisfied with its look and its practical, portable qualities, Justin says any future refinements are likely to be along the lines of small solar panels to boost the battery power even further, and a possible new version with a Faraday cage inside. “As to Raspberry Pi, itself, I do have a couple of ideas in the works, but I’ll keep quiet for now!” he tantalises. 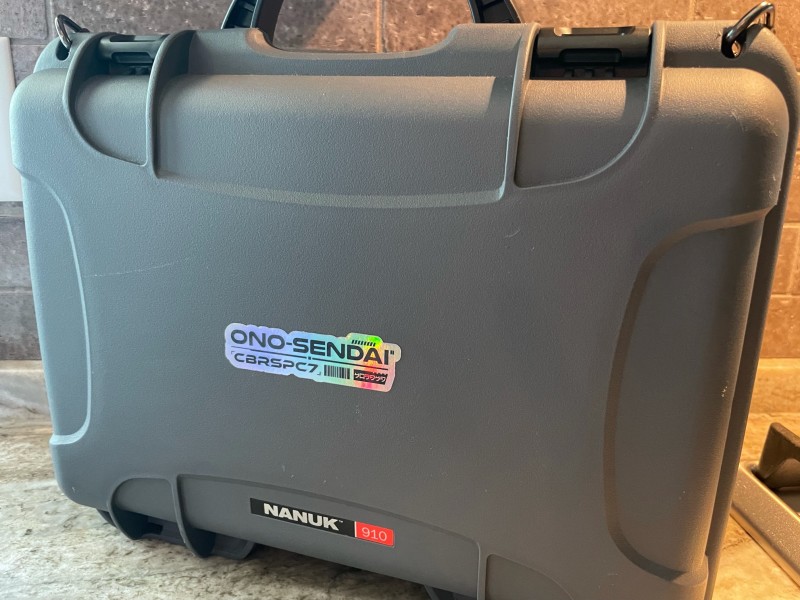