Raspberry Pi-based tablets are a bit of an untapped market in our opinion. While it’s definitely fun to make your own, having one prebuilt and ready to go means you can immediately get to work on any number of coding projects. And even if you don’t quite want it for digital making, it could make for a fun tablet. CutiePi (£176/$229) here is a bit of a balance of both.

While one of its headline features is that it’s very thin (14mm thin to be exact, thinner than a Raspberry Pi 4), it doesn’t skimp on screen size with an 8-inch IPS LCD touchscreen running at 1280x800. It’s bright and very responsive, the latter thanks to a Compute Module 4 being built into the tablet – in fact this is how it can be so thin while still having the power of Raspberry Pi 4.

There are some sacrifices made to the input and output ports because of this. There’s only one USB port, one micro HDMI out port, and no GPIO or headphone ports. While USB ports can be extended with a hub, this adds extra space to something you’d want to be compact. A camera is installed on the rear though, much like other tablets, and you can easily access the microSD card to update the operating system from another computer. 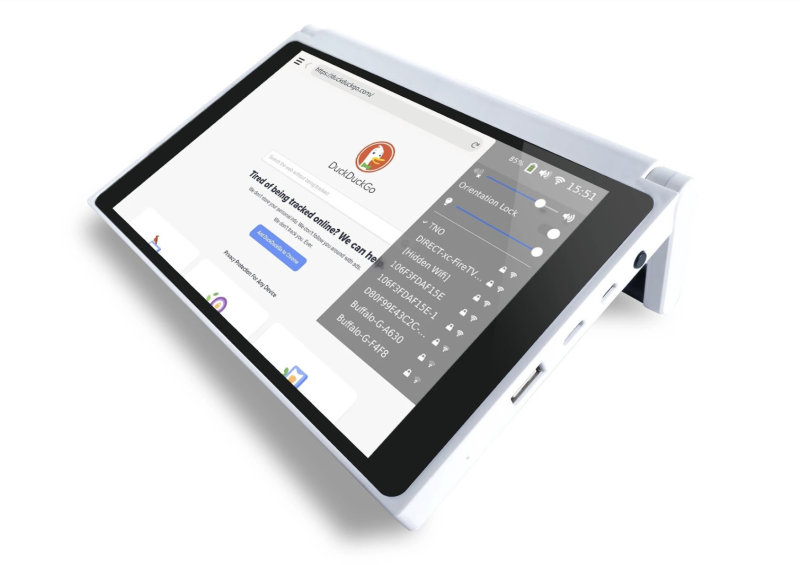 On a final hardware note; we adore the handle on it. And it’s not just a handle, it’s a stand in a similar way to smart covers. You can have it propped up near vertical in landscape to use like a display with keyboard attached, or raised at a 30 degree angle to peer down on. It can also be used to prop it up in portrait orientation, and is just nice to use to carry it around with.

CutiePi uses its own custom graphical interface, known as CutiePi Shell. It’s based on a browser, and allows for easier use of the tablet as a touchscreen computer – much in the way that an iPad or other tablet has its own custom display. The onscreen keyboard is very good and responsive, and the orientation of the screen will change as you move it. It’s a really nice and clean experience, and has the usual trappings you’d expect, like the ability to turn off the display with a button, a lock screen, and a rotation lock.

You can also press a button and return to Raspberry Pi OS’s default desktop, where it will function just like any other Raspberry Pi. 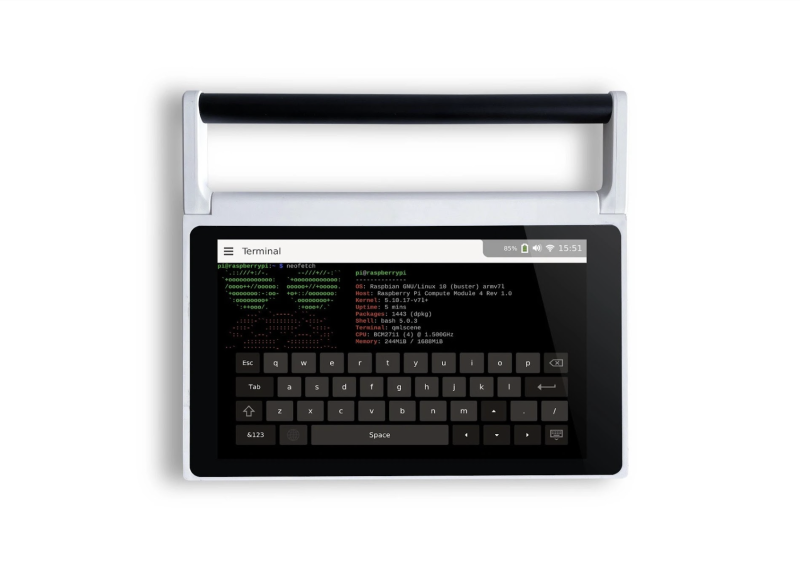 A lack of GPIO pins does mean you’re limited in the digital making you can do either way. For pure code it’s great, and far more hackable than any other tablet, however if you want to connect it to the real world it’s a bit trickier.

For what it may lack in GPIO it makes up for in media playing. YouTube and other video services run great, and the speaker is decent. With a few parental controls this could be a great budget tablet for younger people wanting to explore coding.

While lacking in ports it makes up for a lot with its user-friendly design and interface. Great for younger makers.