Get ultra-lightweight images of Ubuntu, Raspbian, Devuan, Alpine, and more thanks to CusDeb

Linux distributions, such as Raspbian for Raspberry Pi, are popular on other types of computers due to their customisability. While many come as pre-packaged operating systems, some of them you have to build from the ground up. This allows you to optimise your OS for your PC, and some developers allow you to do some of this customisation online so that you can create your own images.

That’s exactly the premise behind CusDeb, short for Customized Debian, a website that lets you create your own spin of Pi-specific Linux distributions. 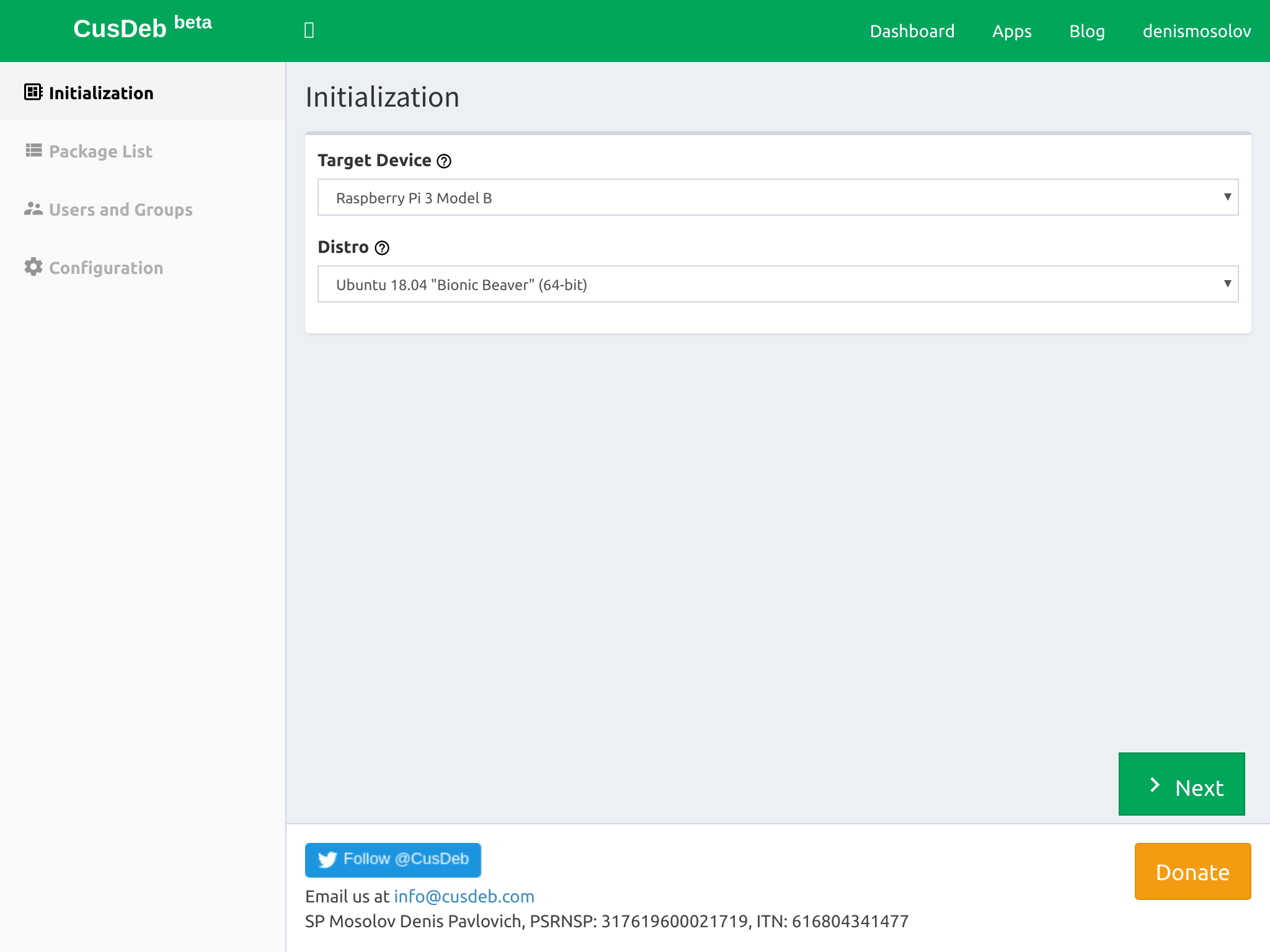 “Two years ago we noticed there were many people who wanted a more lightweight image than Raspbian Lite.” Denis Mosolov, one of the developers behind it told us. “They wanted a minimal as possible base OS image, plus software they actually used. There were some scripts for creating minimal images with a custom set of pre-installed packages, but we were inspired by SUSE Studio and just built a web UI for creating customized appliances for single-board computers.”

The resulting website currently generates images for the Raspberry Pi Zero, and most Model B versions of the full-size Raspberry Pi. As they’re a small team, they only have a small selection of operating systems at the moment:

Check out CusDeb to see if you can make use of it, and look further behind the scenes on the Pieman GitHub.