While reading The MagPi, you might think that a reference to a Jam would be for a Raspberry Jam. In this case you’d be wrong, it’s about a community of musicians that like to play together.

Over the course of last year, the way they play together had to change. Mainly, they had to move outside and that caused some problems.

“Community Jams couldn’t play music indoors using our web‑based chords and lyrics application,” says Bob Steele, a retired programmer and current Community Jams member. “Outdoors, I put the app on a Raspberry Pi so we didn’t need an internet connection. Raspberry Pi had a web server to deliver the application from Apache. Unfortunately, the projector was too weak in bright sunlight and was always subject to having its screen blow over in the wind. I figured out that if the app was delivered from [Apache] Tomcat, I could create a web socket protocol that would share the current song and position to many tablets. So now the musicians are outside, masked, separated by a good distance, and all able to share the same display on their personal tablets.” 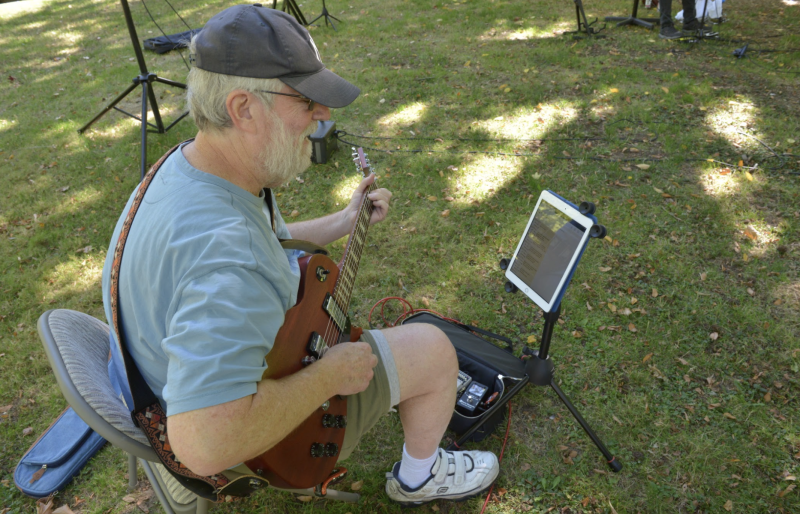 Although Bob has been programming and working with computers for several decades, he’s mainly worked with software projects: “In the early 1980s I designed or help design a number of internal hardware projects for the video industry.

“I heard about [Raspberry Pi] from the internet in the early days,” he says. “I’ve ended up buying at least one of every model. Don’t know why, but they are good platforms for small projects. I first used UNIX in 1975 and my personal machine has been Linux for many decades … so Raspberry Pi seems like home. In fact, most of them never get connected to a keyboard, mouse, or display. SSH or VNC is all I usually need.” 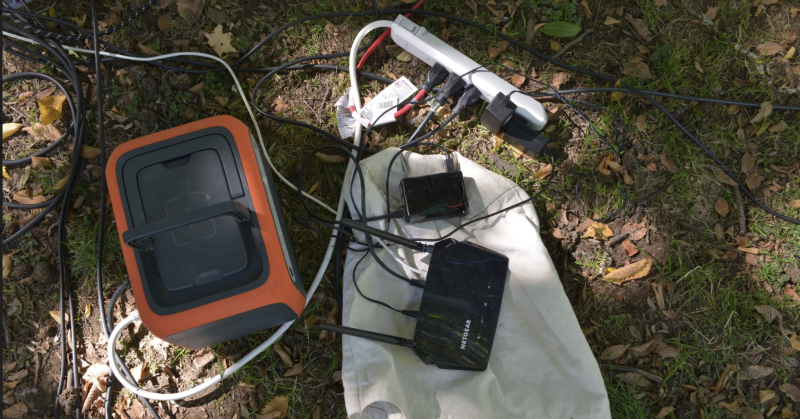 It’s a simple project with a simple goal – to display music for musicians, and it works well in that regard according to Bob: “The musicians are happy that: 1) they get to play music in the park and 2) they know next to nothing about how it works.”

The whole setup is just a Raspberry Pi 3 with Bob’s software, an access point to connect to a local wireless LAN, and a battery to run it. 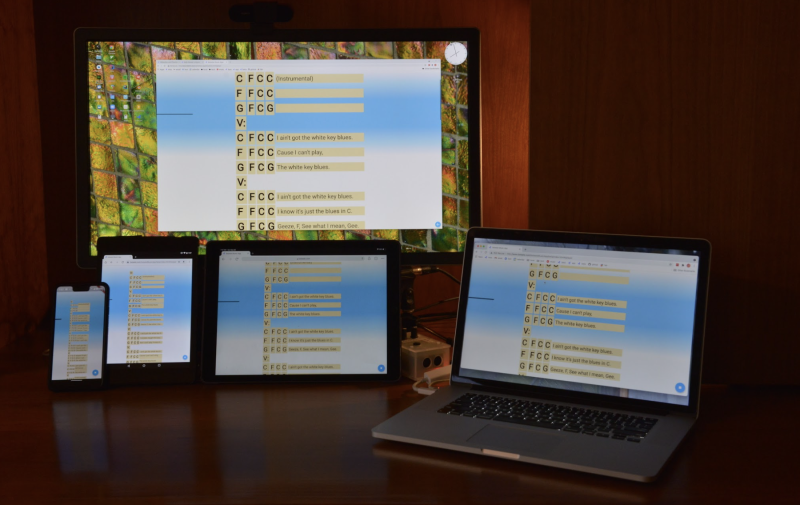 “I should have installed DNS instead of the fixed IP address,” Bob ruminates. “The fixed IP address helps when Raspberry Pi is not in the park. It gets plugged in, attaches to the local WiFi, and updates itself using crontab jobs.”

While its humble use as a way to get some friends to play music together is great, we feel the technology is simple yet powerful enough to be expanded to larger groups. Check out Bob’s website, for more about Community Jams and his other projects