Imagine how happy we are to see BotchBoy: the cheapest Raspberry Pi games console ever

Making amazing digital projects out of recycled parts is a real joy. So imagine how happy we are to see BotchBoy: the cheapest Raspberry Pi games console ever.

BotchBoy was built by Joe Foulkes who wanted to make the cheapest GameBoy console around. As a matter of fact: no expense has been spent on this project. The total build cost is less than £15 ($20). And we love it.

For instance, Joe made the case out of an old Samsung Galaxy S4 box. For this build he followed an Instructables page by Tyler Spadgenske.

A Pi Zero and a portable power bank are glued inside the Samsung S4 Box. Also, holes are cut into the case for the buttons and screen. It's using a 2.4-inch display, which is wired to the GPIO pins (as are the buttons).

As a matter of fact, it may look a little rough around the edges, but the idea is sound. "The reason it's in a shoddy case, an old phone box, was for the thing to be affordable," he explains. "Total costs came to less than £15." That price includes the £4 for a Raspberry Pi Zero.

Speaking about the Instructables page, it shows some clever material usage. For example, the build materials include: 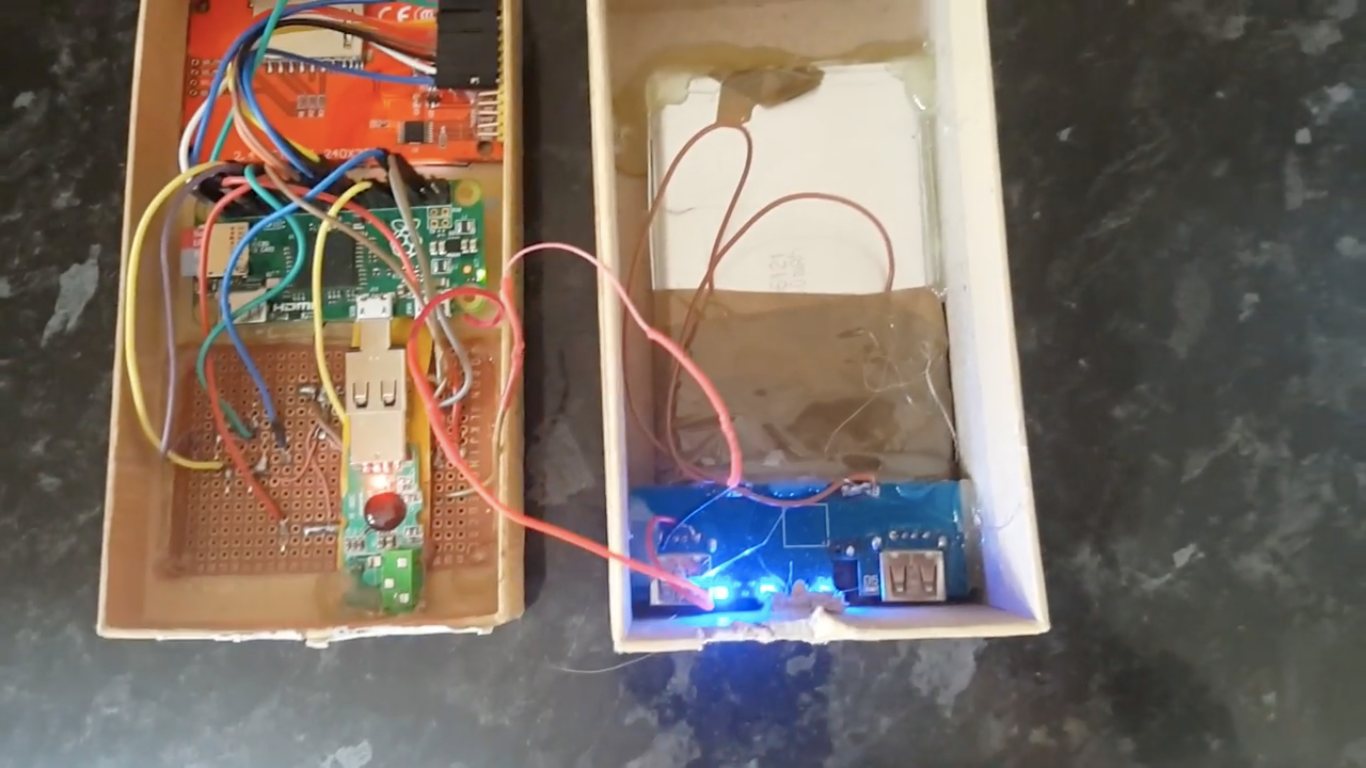 Indeed, the BotchBoy delivers a much better experience than its looks suggest. "The sound does work really well," says Joe. "It's pretty good. I paid about a pound for the USB audio."

"I was quite pleased with the results," says Joe, "I probably could have taken a bit more care when cutting holes out for the screen."

Not to mention that Joe isn't finished yet. "I'm going to be doing a version two of this then see if I maybe up by budget by five pounds then make it look a bit better."