Campervans are all the rage right now, since they offer a chance to escape the home in favour of fresh air and a change of scene. Enrico Miglino’s job often needs him to pitch up in Germany, Spain, or Belgium where his software development architect consultancy is in demand, so it made sense for him to take the digital nomad concept literally, and adapt a campervan to create a mobile office.

Although most campsites and caravan parks offer WiFi to guests, such connections are often unsecured, limited to only a couple of hours’ free use, and require each device to log in separately. Enrico needed a setup that was far more robust. His vehicle, Jan The Van, sports a secure mobile LAN, is powered by three Raspberry Pi computers, and allows Enrico to use a single login to provide internet access to any devices on his network. The whole setup cost less than 500 euros, meaning he could also afford to add a solar panel. 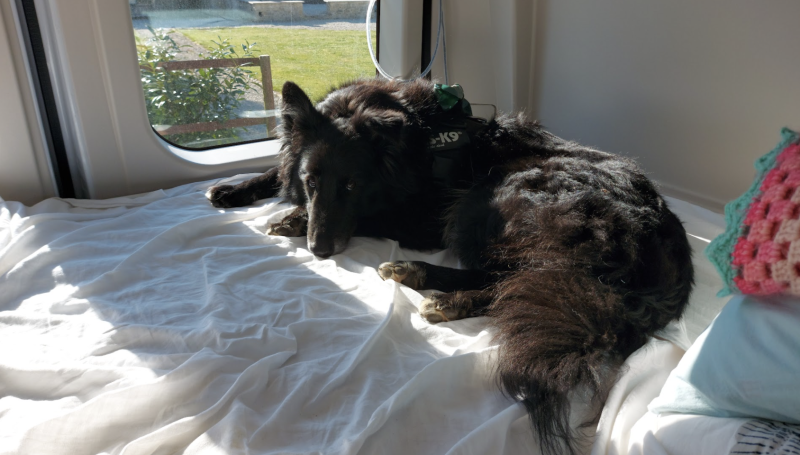 Enrico bought his van specifically for use as a mobile office. “The project aims to create a modular set of technological improvements in a standard vehicle to convert it to a secured and efficient mobile unit for living, working, and travelling,” he explains.

It’s named after Enrico’s friend Jan Cumps who helped him work out the electronics that would be needed to successfully hack the van. The pair spent many evenings working together studying how to develop projects, debug hardware circuits, and teaching workshops at the Ingegno Makerspace in Ghent in Belgium. 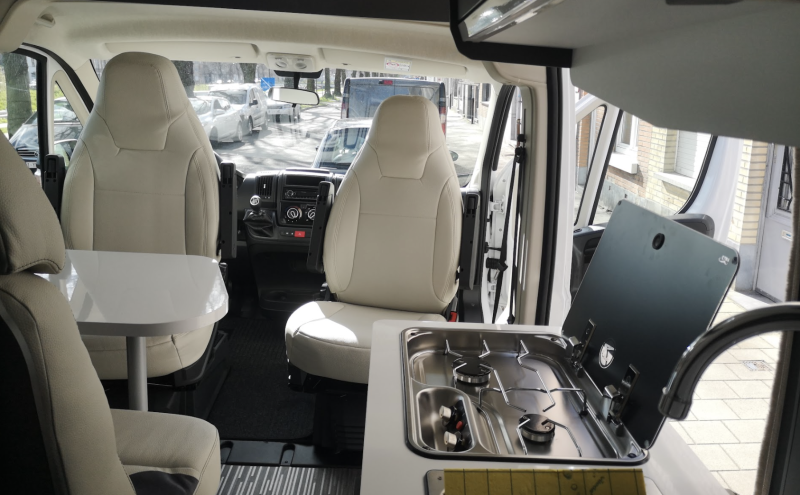 The duo took a modular approach to the build, starting with an 8GB Raspberry Pi 4B mounted in a case with a 7-inch touchscreen. Developed with Node-RED, the display shows the state of the network, firewall status, and the local weather. It also has screens monitoring any physical intrusions around Jan The Van.

DHCP features and the wireless LAN to Ethernet router make it safe for Enrico to connect his shielded network to insecure public WiFi networks. He’s currently adding sensors to monitor gas and smoke levels from the van’s kitchen, and to show how much water he’s storing on board, providing reassurance there are plenty of provisions on lengthier, more remote journeys.

Enrico found lots of ideas online for how to create his vision, building and testing each element before installing it. “I tried to design it to be as modular as possible so it’s easy to replicate it and adapt the modules to similar but not identical environments,” he says. 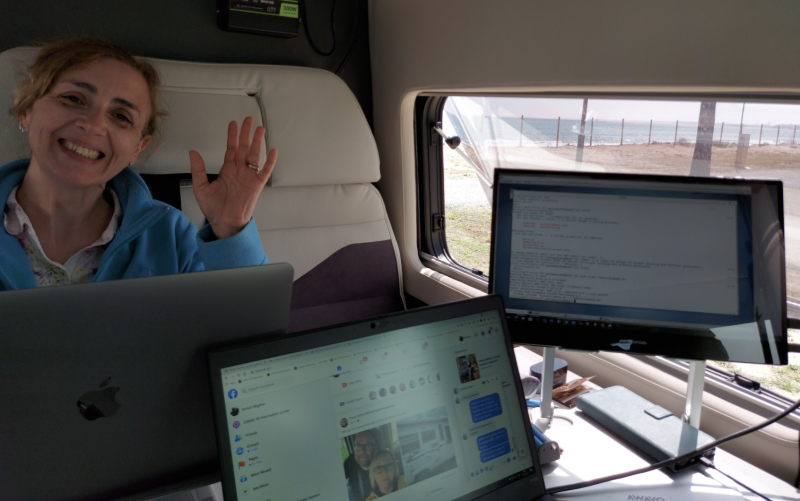 Internal devices on Jan The Van’s network could only be connected to the Ethernet port, which wouldn’t work for iPads, iPhones, and other mobile devices that lack the necessary port. To overcome this, Enrico added an Ethernet switch and a second Raspberry Pi 4B configured as a bridge to which these mobile devices can connect wirelessly. A third Raspberry Pi connected to a full HD webcam provides live visuals of the rear of the vehicle while he’s driving, and acts as a motion sensor security camera when the campervan is parked. It “detects motion around the camera field of view and records video just in case,” Enrico says.

Jan The Van’s first big trip was a ten-day journey from Belgium to a “nice campsite” in Spain – some 2800 km – where Enrico easily hooked up his campervan LAN and was able to work as a consultant each morning and tinker with his mobile office setup each evening. Planned improvements include adding a third Raspberry Pi 4 with a display to stream images from the van’s rear camera and other information to the dashboard or cockpit. Most important, says Enrico, “is travelling to nice places to test the prototype in the real world.”