Trials of autonomous cars on a track in Cambridge have proved that traffic congestion headaches could be largely avoided in the future.

The results of tests using a small fleet of Raspberry Pi-controlled cars by Cambridge University researchers were presented at the International Conference on Robotics and Automation in Montreal in June.

Scale models of existing cars were fitted with motion-capture sensors and Raspberry Pi controllers, and communicated with each other over wireless LAN. Researchers were keen to establish the behaviour of self-driving cars when faced with obstacles, such as a broken‑down vehicle.

Where the robot cars were operated independently from each other, a car stuck behind one that had broken down had to slow down or stop and wait for a gap in the traffic in order to pull out into the next lane and overtake the obstacle. So far, so similar to commuters’ everyday experience.

However, in scenarios in which it was possible for the robot cars to communicate, the cars were able to drive ‘co-operatively’. If a car in the inner lane slowed down or stopped, a signal was sent to all the other cars. Those in the outer lane slowed slightly so cars behind the slower one were able to pull out and avoid a collision, thus keeping both lanes of traffic flowing smoothly. With improved road safety it was possible to pack cars more closely, improving efficiency by between 35% and 45%, depending on whether the tests were modelling co-operative or ‘aggressive’ driving modes. 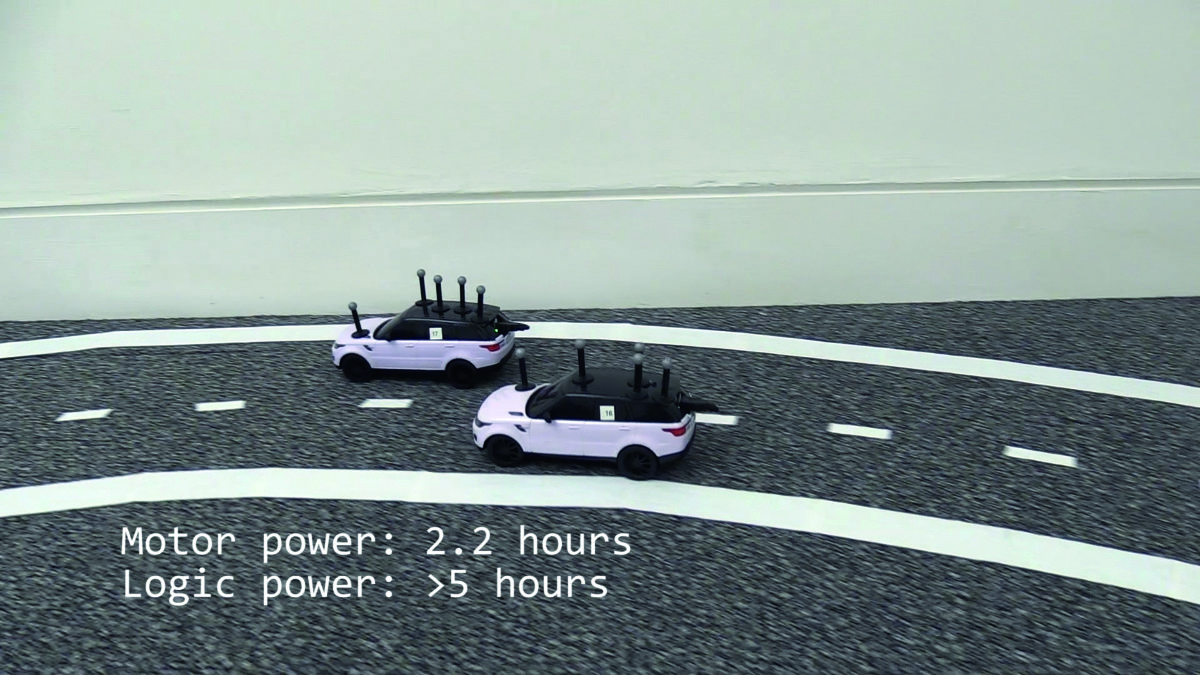 “Autonomous cars could fix a lot of different problems associated with driving in cities, but there needs to be a way for them to work together,” says report co-author Michael He, an undergraduate student at St John’s College who designed lane-changing algorithms for the experiment. The algorithm calculates whether it is safe to change lanes, and whether there’s a compelling advantage to doing so – a perhaps more rational approach than some human drivers.

The researchers now plan to trial larger fleets of cars with more complex scenarios such as road junctions and a wider range of vehicle types.

More information about the experiment can be found on the University of Cambridge website.