How does our garden grow? With tech and sensors and Raspberry Pi, of course. In this month’s magazine we take our Raspberry Pi outside and build a smart garden. Plus! PJ has also built an incredible high-end home audio system and we’ve got a super range of project showcases 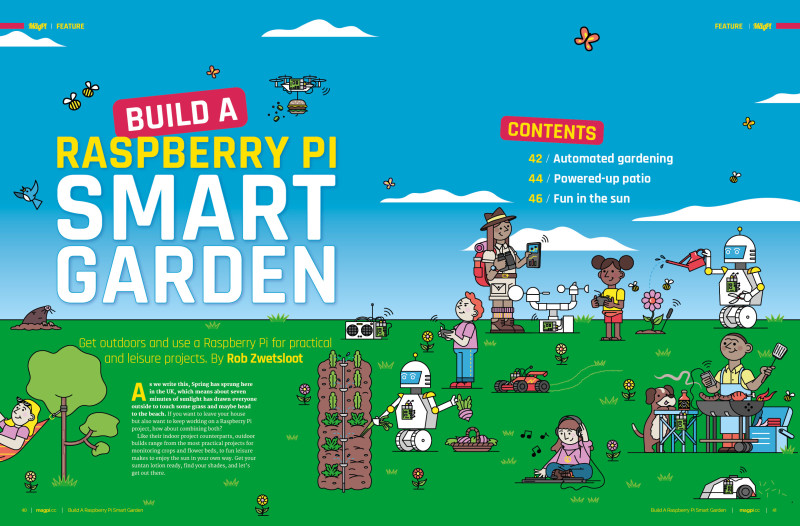 Spring has well and truly sprung, so it’s time to head outside and make the most of the sunshine. That doesn’t mean we have to leave our electronic toys behind though. We’re going to automate our garden, with low-cost watering systems and robot mowers. Power up your patio with smart BBQs, and internet weather stations and have endless fun in the garden with RC cars, sound systems and drones. 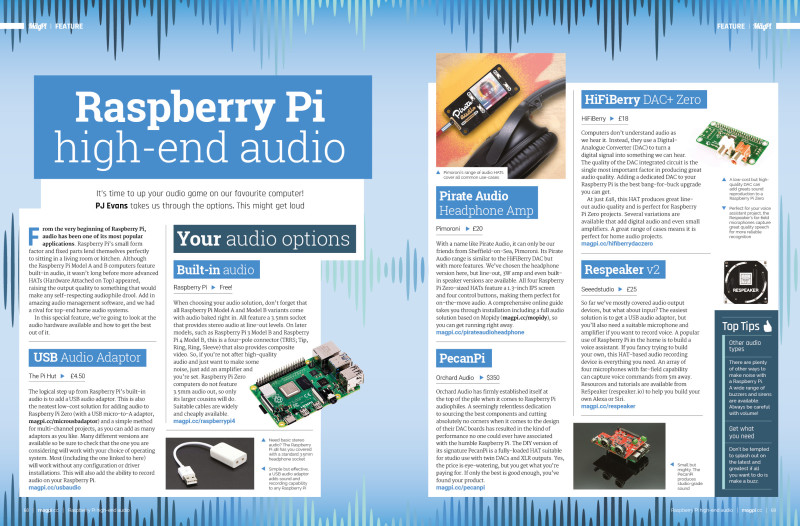 Make some noise with a whole-house audio system that bounces music from room to room. Raspberry Pi is ideally suited for quality audio systems. PJ Evans shows us how to attach the best audio kit to Raspberry Pi and set up a sound system with Mopidy. 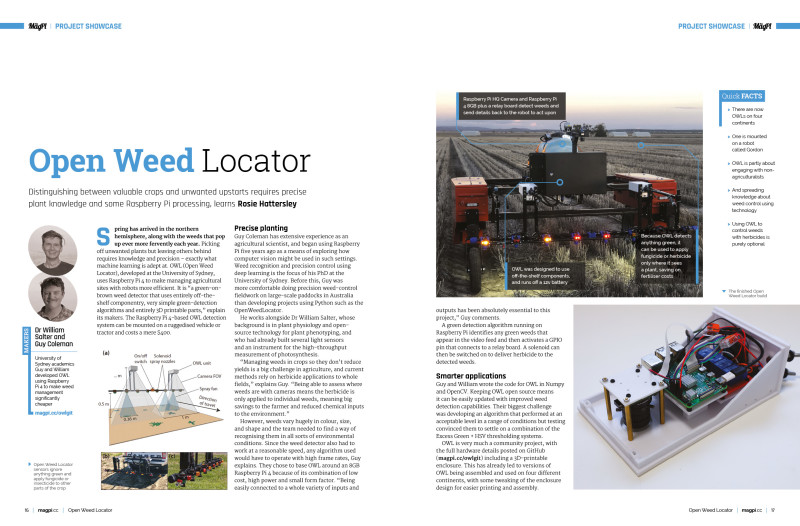 A weed is just a plant in the wrong place, at the wrong time. Fortunately, we can now use technology to automate that process. Open Weed Locator is a project that uses a Raspberry Pi-based AI system to distinguish between valuable crops and unwanted weeds. 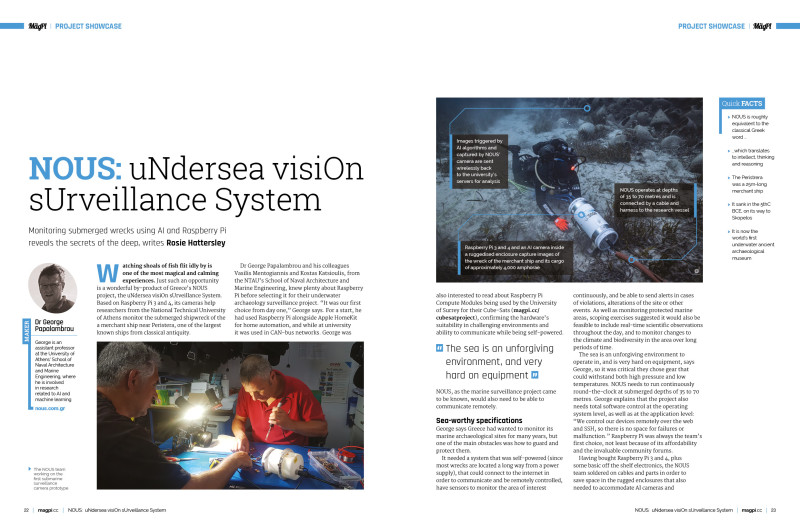 Researchers at The National Technical University of Athens have developed this incredible Raspberry Pi underwater system that acts as an archaeological surveillance system. 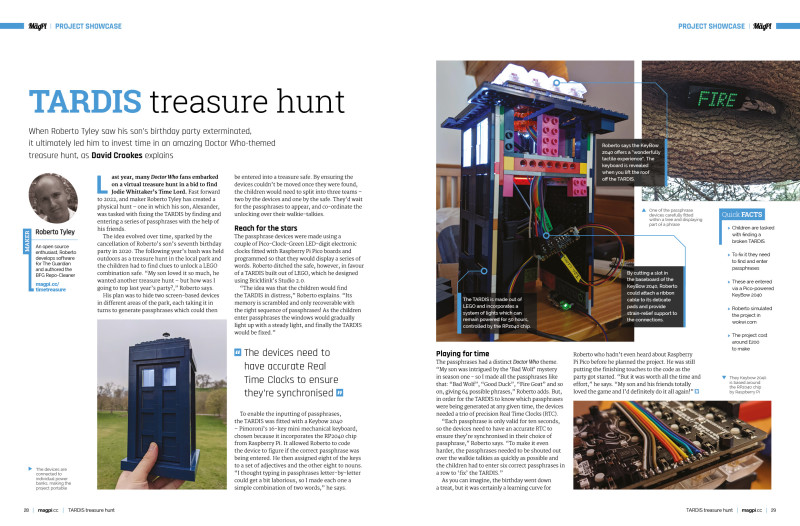 One maker used Raspberry Pi Pico and LEGO to build a Doctor Who-themed treasure hunt party. Kids play a game outside where they hunt down the TARDIS box and enter a key phrase on the keyboard hidden inside the roof. We love this project. 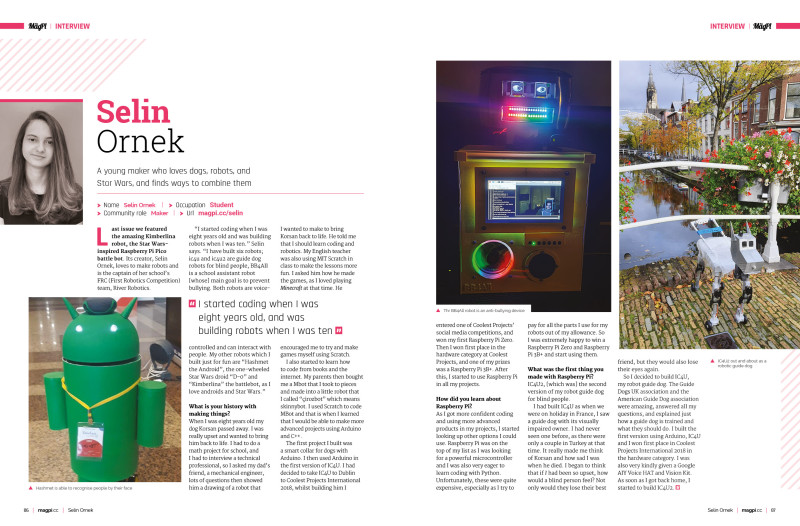 Selin built the amazing Kimberlina robot from The MagPi magazine #116, and we loved it so much we decided to interview her and see what else she'd been up to. From robotic dogs for blind people to smart dog collars, and anti-bullying devices. Discover what a new generation of makers is building with Raspberry Pi.

Pick up your copy of The MagPi issue #117

The MagPi magazine issue 117 is available as a free digital download, or you can purchase a print edition from the Raspberry Pi Press store. Subscribe to The MagPi in print for 12-months and get a free Raspberry Pi Zero 2 computer.