Bletchley Park played host to a hugely successful Girls’ STEM Day in late November, creating a real buzz among participants and demands for more events of the kind. Among the sessions were Raspberry Pi workshops held in The National Museum of Computing’s newly refurbished classroom. The MagPi writer Mark Vanstone witnessed students getting stuck in to Python coding and Raspberry Pi-based Minecraft.

The female-focused STEM showcase was held at the National Museum of Computing, sited at the famous code-breakers’ venue with the express intention of highlighting the breadth of career possibilities to students who may not otherwise have been aware of their aptitude for such industries. It’s no secret that there’s a significant imbalance in the numbers of males and females in STEM (science, technology, engineering, and maths)-based careers. 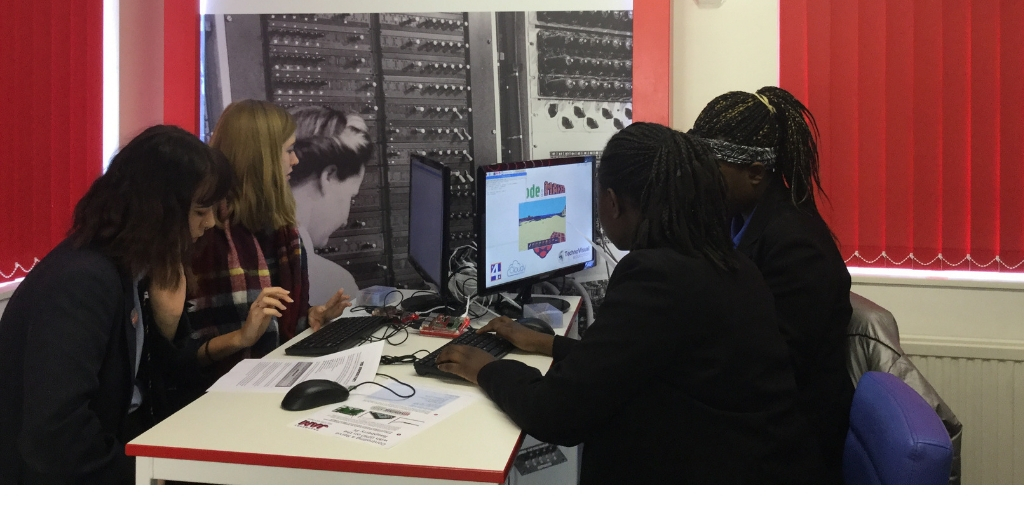 Cybersecurity company Sophos was on the scout for potential computer scientists of the future. VP Ali Kennedy noted that more than half the UK population is female and that “much more female involvement will be vital as we move into the fourth industrial revolution.” Meanwhile, Buckinghamshire High Sheriff Professor Ruth Farwell gave an inspirational talk in which she credited her own start on the road to a high-profile career to studying a STEM subject at university.
While many of the 80-plus participants on the day already had an ongoing interest in science and technology, lots of attendees were delighted to unlock their previously undiscovered talents, and impressed observers with their teamwork and ingenuity.

The RAF held a STEM Engineering Challenge, in which students had to master unfamiliar equipment and work in teams in order to complete tasks. Challenge organiser Chris Mossman came away seriously impressed with the students’ aptitude for logical thinking and problem-solving. PJ Evans, a TNMOC volunteer and The MagPi contributor commented, “More than 80 young women walked into The National Museum of Computing. I am certain more than one scientist, engineer, and programmer walked out. We saw eyes light up as the realisation dawned upon these young women that technology is as much for them and within their grasp as it is for anyone else.”

Peter Membrey, a software engineer who sponsored the event, said, “I work with many problem-solvers on a daily basis, but sadly there aren’t many females among them. I think lots of girls miss out on these career opportunities because currently they are seldom helped to discover that they might have a natural gift for solving problems – which is, after all, what engineering is at its core.”

Event organiser Jacqui Garrad is already working on two events for 2019: one exclusively for girls, and another which will encourage teamwork among mixed teams of girls and boys.

This feature first appeared in The MagPi #77 and was written by Mark Vanstone.