We are incredibly excited to reveal The Official Raspberry Pi Beginner's book.

This 116-page guide to computing with the Raspberry Pi includes all the following:

We've been working on this book for a while now. It's based on many of the starter guides you find in The MagPi, and covers everything from setting up the Pi Zero to learning programming and making.

And, as with all our books and magazines. You can download a free digital edition in PDF format (this does not include the Pi Zero W or other accessories).

The best way to get started with Raspberry Pi 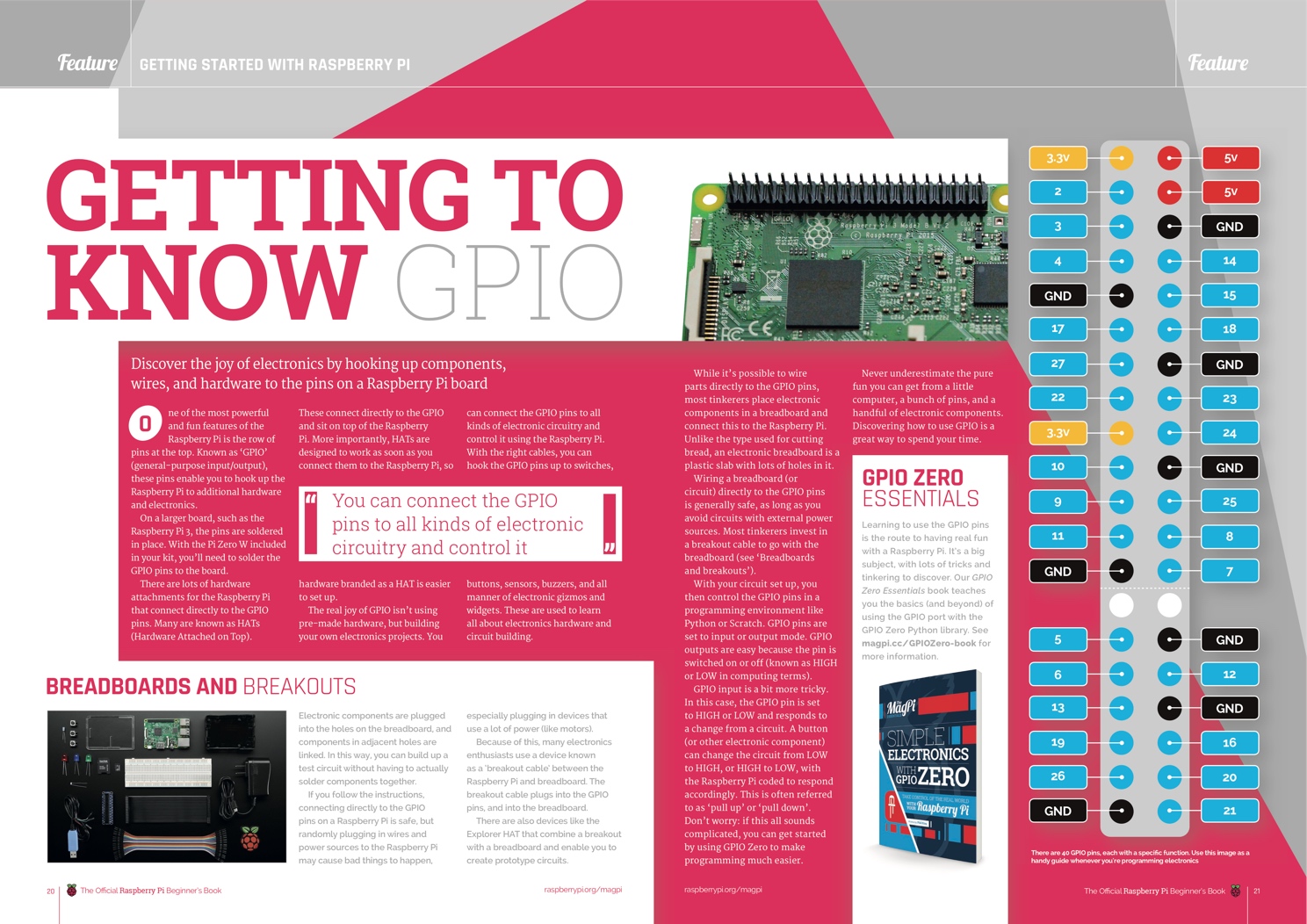 The MagPi made history when it became the first ever magazine to cover-mount a computer. And It's still amazing that we can include a computer on the cover of a book.

The official Raspberry Pi Beginner's book comes with everything you need to get started with Raspberry Pi today! Inside you'll find a Raspberry Pi Zero W, the official case (with three covers), SD card with NOOBS pre-loaded, not to mention USB and HDMI adapter cables. The accompanying 116-page book is packed with beginner's guides to help you master your new Raspberry Pi!