Solve Raspberry Pi boot problems, fix audio and video issues, decipher error codes and get your Raspberry Pi working again. All in the latest edition of The MagPi magazine. 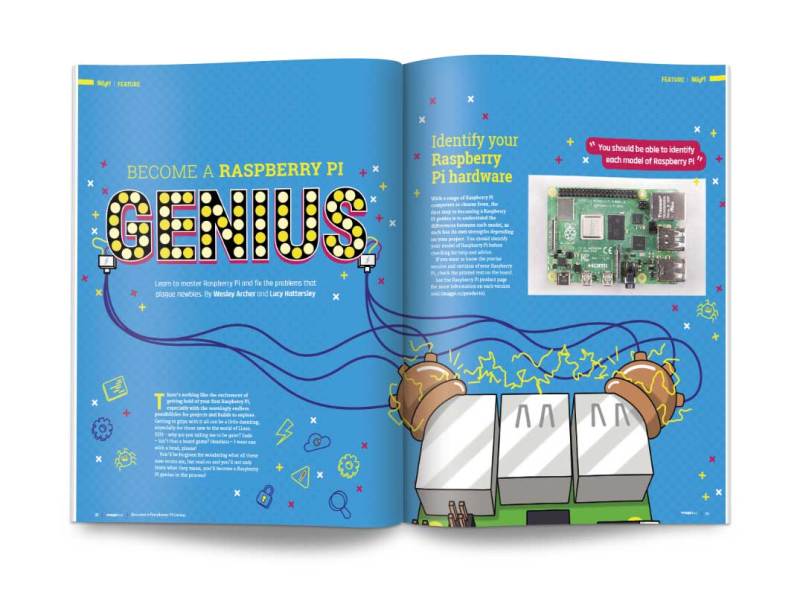 Wes and Lucy have been poring over Raspberry Pi’s engineering documentation and pooling the team’s knowledge. In this month’s lead feature we look at a whole range of techniques, and tricks, that can be used to get an errant Raspberry Pi working properly. You’ll gain a deep understanding of Raspberry Pi and learn some essential maintenance techniques. 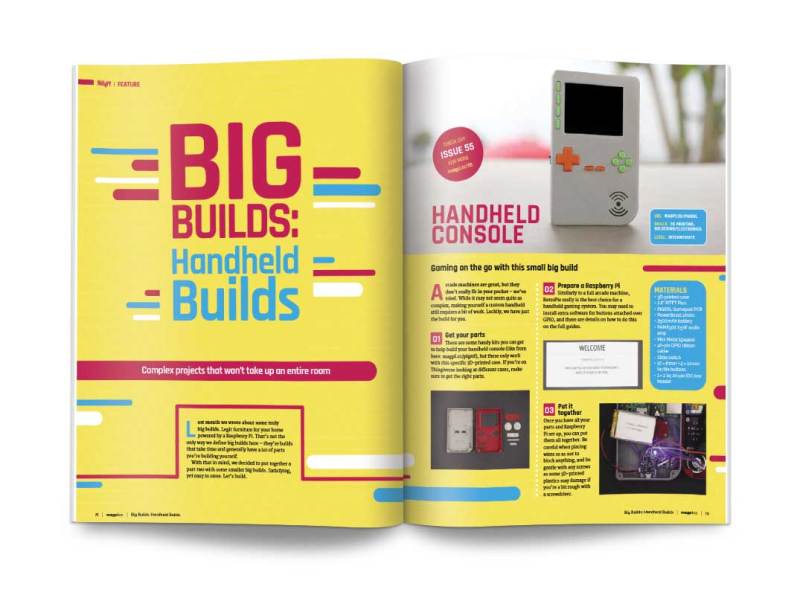 Last month, Rob looked at big builds you needed a garage to make. This month Rob is looking at complex builds that don’t take up so much space. From portable games consoles to 3D printed laptop computers, and hand-made digital cameras. These builds are big in detail; small in stature. 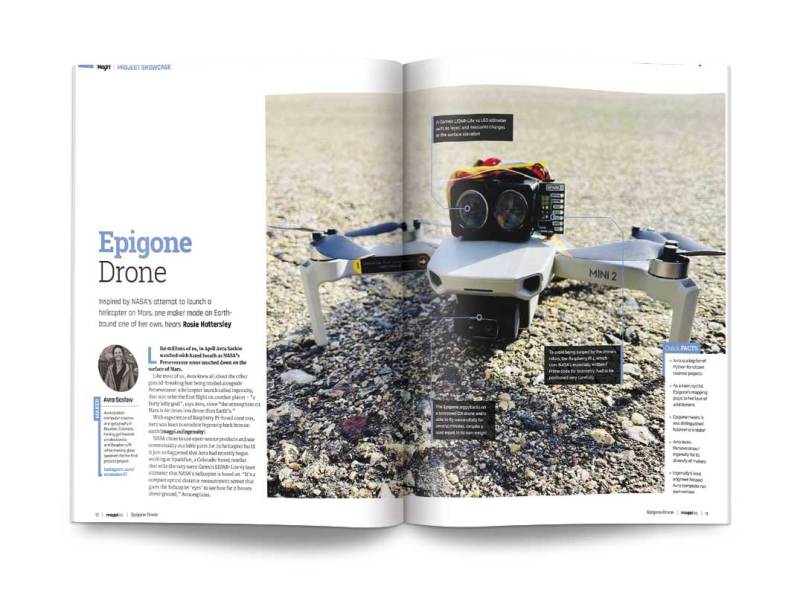 We love this project by Avra Saslow. Using NASA’s open-source F-prime operating system with Raspberry Pi and an off-the-shelf drone; our intrepid maker has recreated Ingenuity here on Earth. 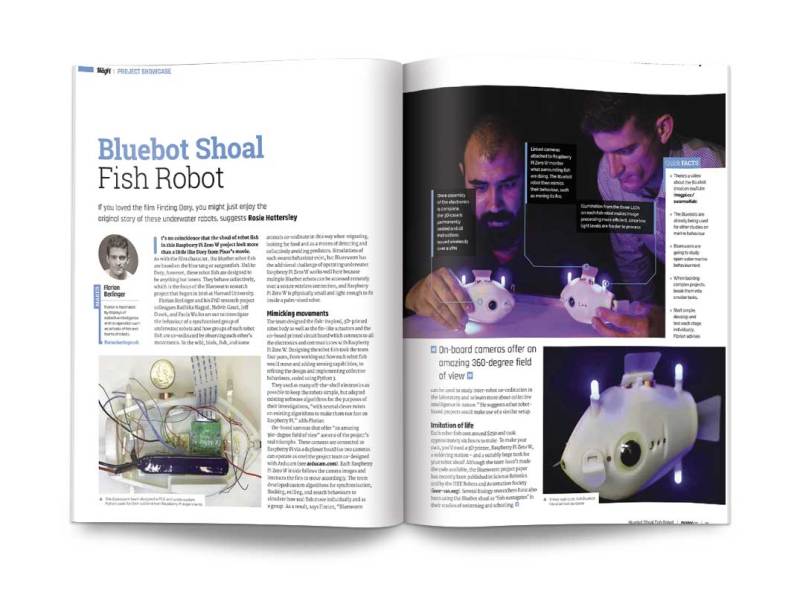 Not all robots fly, walk, or wheel around. Some also swim through the sea. And they do so in shoals. This month Rosie takes a look at these Bluebot Shoal Fish Robots built by Florian Berlinger. With fins and robotic bodies, these robots mimic the movement and activity of fish. 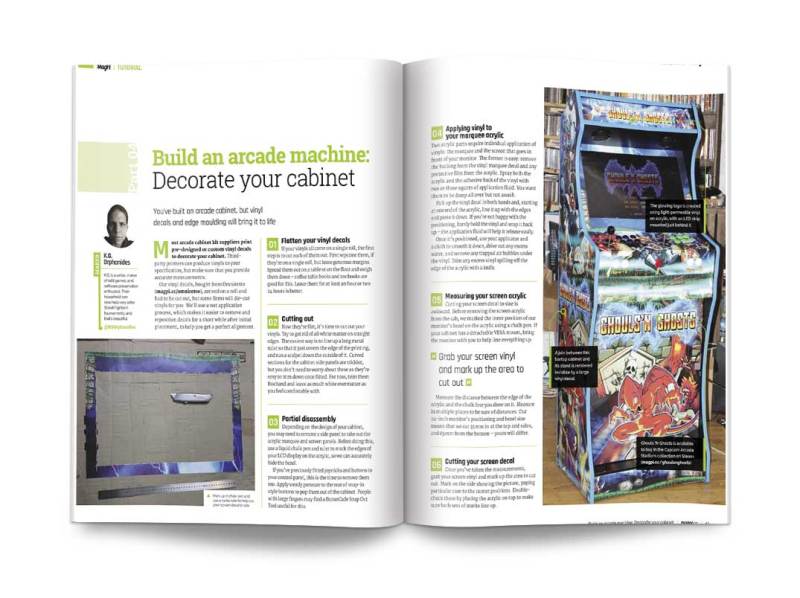 KG has been working on a full-scale arcade machine for a few issues now, and this month it all comes together with vinyl decals. We’re sure you’ll agree it looks fantastic. 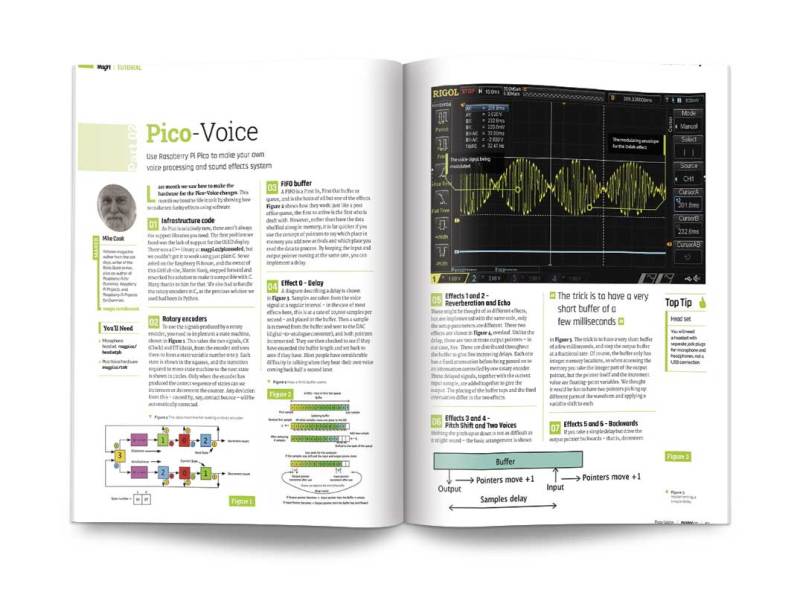 Pico Voice is a great project from Mike Cook that turns the new microcontroller into a fully-fledged voice adjustment system. With the hardware set up, Mike now looks to the software adding support for ten funky sound effects. 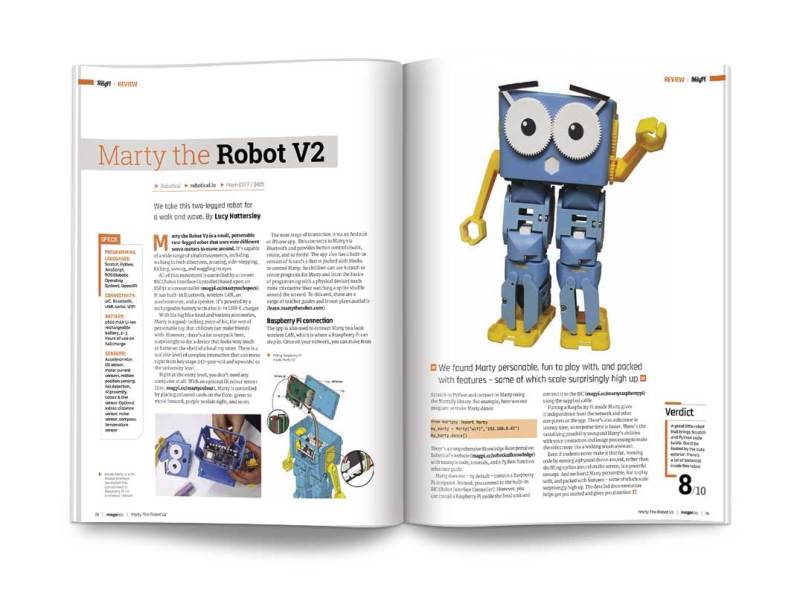 Marty is back. This small walking robot looks like a toy, but with Raspberry Pi added it suddenly comes to life with a powerful Python API (application programming interface). We’ve been putting Marty through their paces this month, and come away impressed with the performance.

Pick up your copy of The MagPi magazine #107

The MagPi magazine is available as a free digital download, or you can purchase a print edition from our Raspberry Pi Press store.