Kitronik’s Autonomous Robotics Platform caught our attention recently thanks to its usage of Raspberry Pi Pico, rather than the more common Raspberry Pi Model B or Zero models.

The kit contains a robotics platform chassis with two TT motors pre-mounted. Two large yellow wheels are attached to the side, along with an ultrasonic sensor on the top and a line-following sensor underneath. Finally, a Pico or Pico W with a GPIO header soldered in can be mounted in the middle of the two motors. Four AA batteries are slotted in underneath to provide power to the motors and Pico.

The result is a cute-looking robot that is easy to assemble, making it perfect for younger robotics makers. It’s incredibly lightweight and moves around at a brisk pace.

There are a few extras on the robot chassis worth mentioning. On all four corners sit ZIP LEDs that add bling (and can be useful for feedback). A hole in the middle of the board is used to hold a marker pen for turtle-like drawing. There is an on/off switch to cut the power and a button that responds to code (as opposed to the BOOTSEL button on Pico W). Finally, there’s an on-board buzzer to make audio feedback. 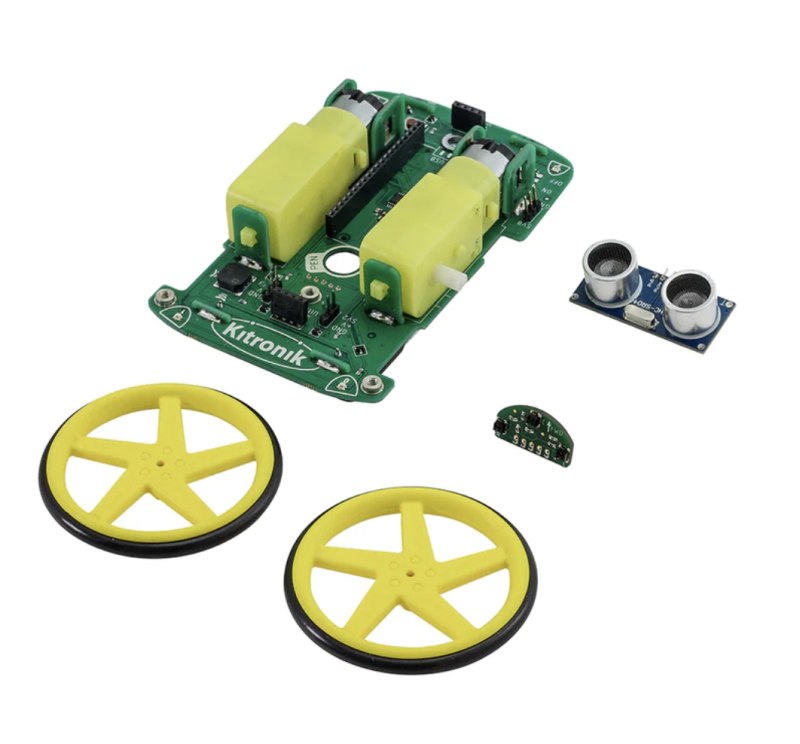 We found it easy to set up, thanks to the included manual. At least to the point where the physical assembly was complete. Following the build, the manual skims over the API and mostly directs you to the Kitronik website for more detail on how to code and control the robot.

Clone the corresponding GitHub repo, and you’ll discover code to go with all the tutorials and some great example programs. Along with tests for all the motors, sensors, button, and buzzer, there’s code that runs the robot around in circles, line-following examples, pen-lifting examples, and a program that uses the sensors to control the lights.

The GitHub page has documentation on the API, and the tutorials are comprehensive.

Using Pico instead of Raspberry Pi for the code has advantages and disadvantages. Even though Pico W is now available, you cannot remote-control the robot via a web or smartphone app (as you can with many other robots). Perhaps this functionality can be implemented down the line. 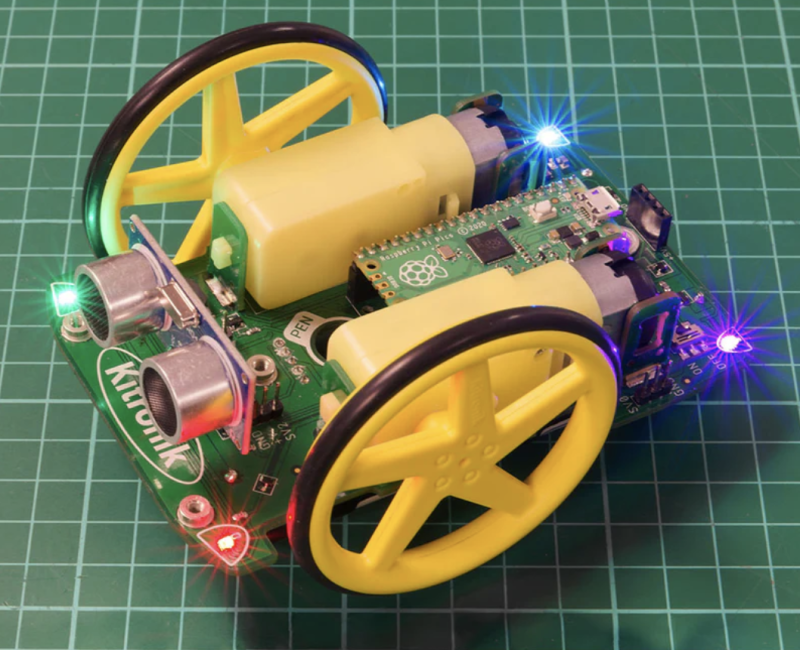 Pico runs code as soon as it’s switched on, though, so the robot is functional in a code-and-drop way that makes it more reliable than Raspberry Pi running a full OS. And you’re not faced with the usual SSH and wireless networking complication that troubles many a robot setup. You create code on your computer and drop it directly onto Pico to run.

We think this is a nice robot build that will be lots of fun. It packs a lot of features onto a board given its low cost (which is better value when you factor in running Pico, rather than a full-blown Raspberry Pi computer).

Autonomous Robotics Platform is ideal for a cost-minded learning environment. These robots are cheap to buy, easy to set up, sturdy, and fun to program.

A great little robotics learning environment that is great value when you factor in the low cost of Pico. It’s packed with features too.