What are tech friends for if not helping you make cool, reactive lights for your musical instruments? In the case of Keith Thomson and his friend Chris Croft, it was updating a previous version.

“Chris Croft, a friend of over 40 years is not only the world’s most watched project management trainer, but plays saxophone in a band (lost-at-sea.co.uk) for fun,” Keith explains. “He had someone design a light for his saxophone to illuminate it based on the note he was playing. It’s a great piece of electronics, but crucially chews through batteries (he has to replace them in the interval), is bulky, meaning that he has to physically wear the electronics, and is expensive to modify as it is based on complex circuitry with quite a few PCBs. I thought I could come up with a new software-based design that overcame all the problems that were bugging Chris. I also wanted it to be low-cost.” 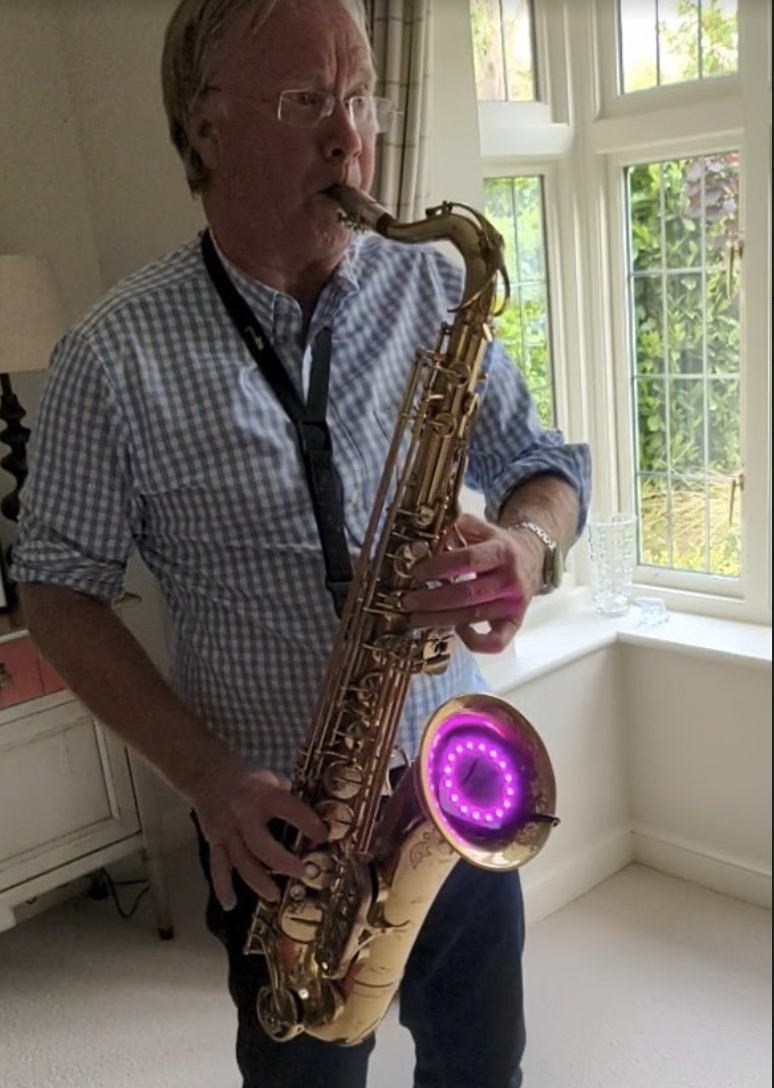 Keith decided to go with Raspberry Pi, not only because he’d used it before in projects, but also because Raspberry Pi Zero was small enough to fit in the bell of the saxophone. 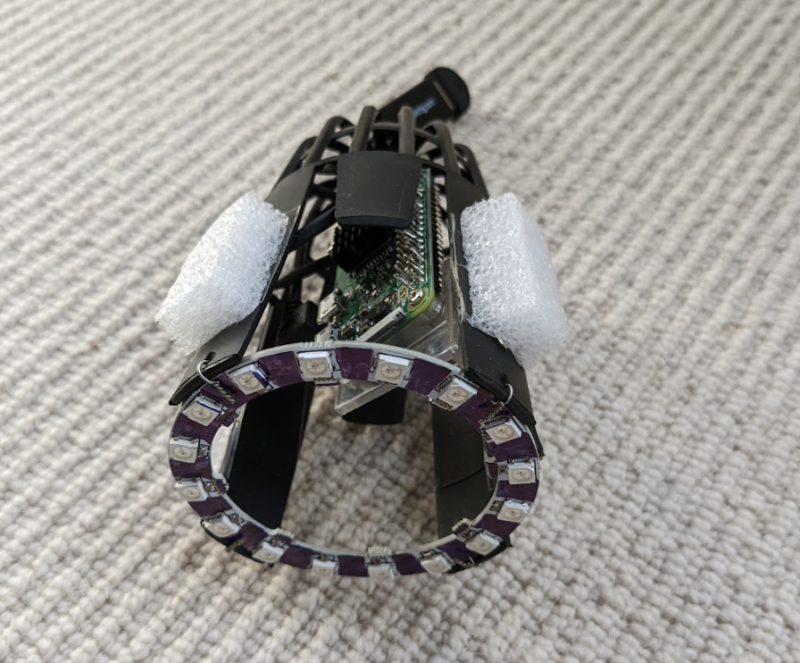 “The design process turned out to be quite complex and involved a lot of dead ends,” Keith admits. “For example, one design ended up with too much interference from the LEDs on the microphone, so I had to abandon it. The main issues involved finding a suitable microphone that was not susceptible to interference and would work with a Raspberry Pi, finding LEDs that could be easily controlled and interfaced, setting up the code to reliably detect saxophone notes and ignore the rest of the band, and, finally, fine-tuning the lighting to remove flicker and fade appropriately. The physical build was relatively simple, and involved modifying a strainer from a gutter to house the components, including a switch to safely turn Raspberry Pi off at the end of a gig.” So, how does Chris like the final product? “Chris loves it!” Keith tells us. “It’s a game-changer for him and not only overcomes the previous problems, but performs better too (more colours, less flicker, less interference from other sounds and so on).” 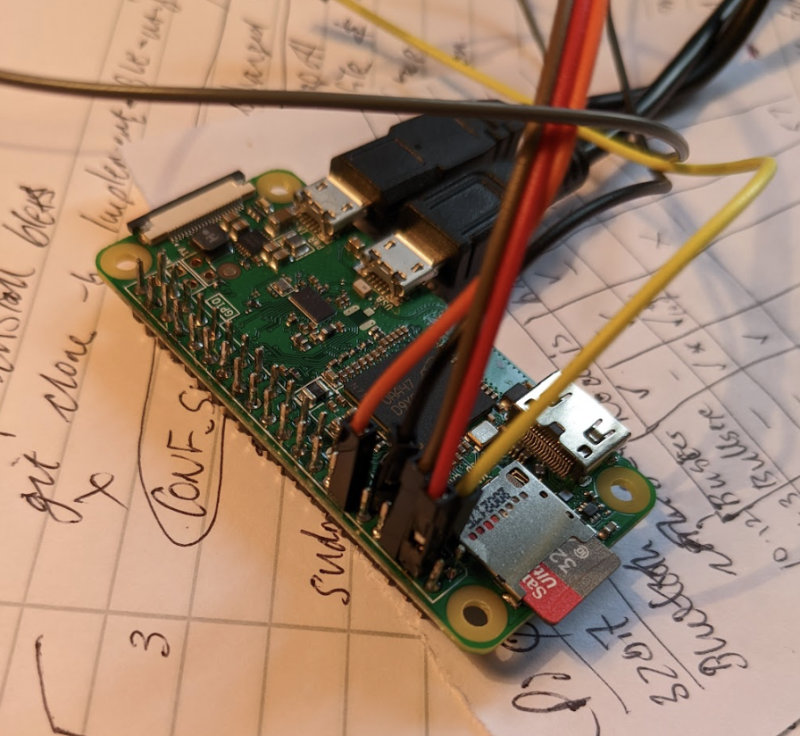 While there are currently no upgrade plans for the light, Chris is going to test it further at future gigs. Keith can always remotely dial into it anyway thanks to VNC.

We hope to one day see more light-up instruments at the gigs we go to.