Apple launched the iPad in 2010, but the first-generation tablet was discontinued the following year and there were no more iOS updates available for it after 2012. So, many of these debut devices were either binned, sold on, or consigned to drawers. Yet, as Chris Greening proves, Raspberry Pi can blow new life into them.

“My iPad was so old that apps didn’t really work any more and the Safari browser wasn’t performing well with modern websites,” he says. “The glass was also cracked and the batteries didn’t charge, so it was heading to the bin.” Or at least it was until Chris decided to use it as the basis for a magic mirror.

Chris had explored such a project before, using a Fire tablet for the display. By swapping it for an iPad, however, he was able to liberate the Amazon-made Fire device for day-to-day use. What’s more, since he’d already written a magic mirror web page and server, the switch proved relatively easy. 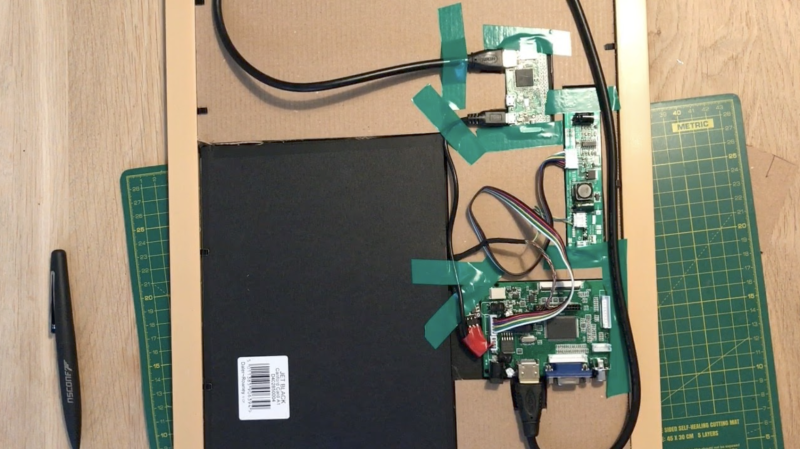 The project entailed removing and using the iPad’s screen. “I knew, from watching a few videos on iPad repairs, that the LCD screen was completely separate from the glass, so it seemed a shame to throw the whole thing away without at least trying to salvage some components,” he says.

Unfortunately, this was the most difficult part of the build. “It’s a lot easier if the glass is not already cracked,” he explains. “In theory, you should just be able to pop the glass out from the metal frame, and using a thin metal spudger seems to be the way to go. As my glass was already cracked, I went with a much more brute force approach.”

Once he’d isolated the screen, it was then a case of hooking it up to a Raspberry Pi Zero W. This required a driver board. “The main thing to check is that it’s definitely compatible with the first iPad’s LCD screen which has the model number LP097X02,” Chris says. “The driver boards to seem to be fairly standard now.” 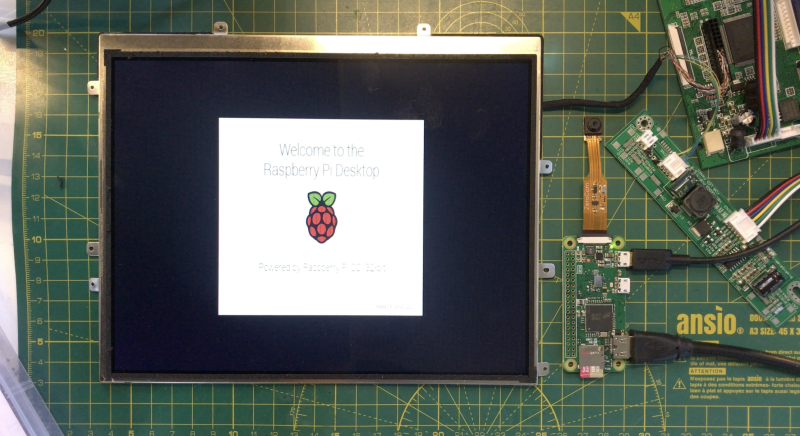 Raspberry Pi Zero W – powered using a 5 V buck converter and running Raspberry Pi OS – proved to be a perfect match. Being thin, it fits nicely behind the mirror. “It’s also so affordable but can still run a full operating system with a GUI and it has wireless LAN, too – those are probably the most important things for this project because I really needed to be able to run a web browser,” Chris says.

After setting the Chromium browser to auto-start in full-screen kiosk mode, it was pointed at Chris’s magic mirror URL. “But there is some really nice magic mirror software available for Raspberry Pi, so I may look at switching over at some point,” he muses. From that point, it was a matter of fitting everything together.

“The main challenge was ensuring the components wouldn’t stick out from behind the mirror too much,” he reveals. “The driver boards come with VGA and composite connectors which are quick thick compared to the actual PCBs.” There was also a problem with the screen’s brightness, solved using tinted acetate sheets, but otherwise everything went to plan.

“You can pick up refurbished, second-hand iPad LCDs on eBay for very good prices, especially if they have a couple of dead pixels,” Chris says. “You can create a very affordable display.”