An animator by trade, Alonso Martinez wanted to take his maker skills to the next level. He decided to explore the idea of interactivity with robot characters by creating Gertie, Mira and Lumens.

This article was written by Alex Bate and appears in The MagPi #61.

With Gertie, he was able to explore the idea of the ball bounce – a staple in animation school, where students are asked to animate a ball, and the reaction of its surface when it connects with another object. Where Gertie excelled at bouncing, there was still a lack of the emotion and personality that Alonso hoped to achieve.

Enter Mira. Alonso wanted to create a character that was not only aesthetically pleasing and highly interactive, but also able to explore the science behind how we perceive a character based on its shape and features. Mira’s round form is the result of a study into shape science. Her lack of limbs and sharp edges creates an instantly accessible and pleasing character. And her eyes, with their mini LED screens that blink with their deep, somewhat galactic blue orbs, draw us to her that little bit more.

But Mira is more than just a pretty face. Inside her body lies a Raspberry Pi, laden with code. Cover your face, for example, and Mira will recognise the game of peekaboo via her on-board camera, offering up a shocked squeal of excitement when you say “Boo!” and reveal yourself. Sit Mira beside you at a piano and she’ll sing back to you any note that you play, shaking her head like a bird from a classic Disney movie. And while all this interaction is fun and pleasing, Alonso is planning to take the build further.

Alonso wants to explore the idea of code evolution through interaction and play. While it’s cute to play with Mira – or her successor Lumens, a mushroom-shaped light that hides under its cap – what if she could do more with the information received? What if, through the unique individuality of the user, the robot created its own, similarly unique personality? While explaining the concept, Alonso touches on Conway’s Game of Life and the concept of cellular automation with code. Could Mira and Lumens build their own code and truly create their own unique identities? 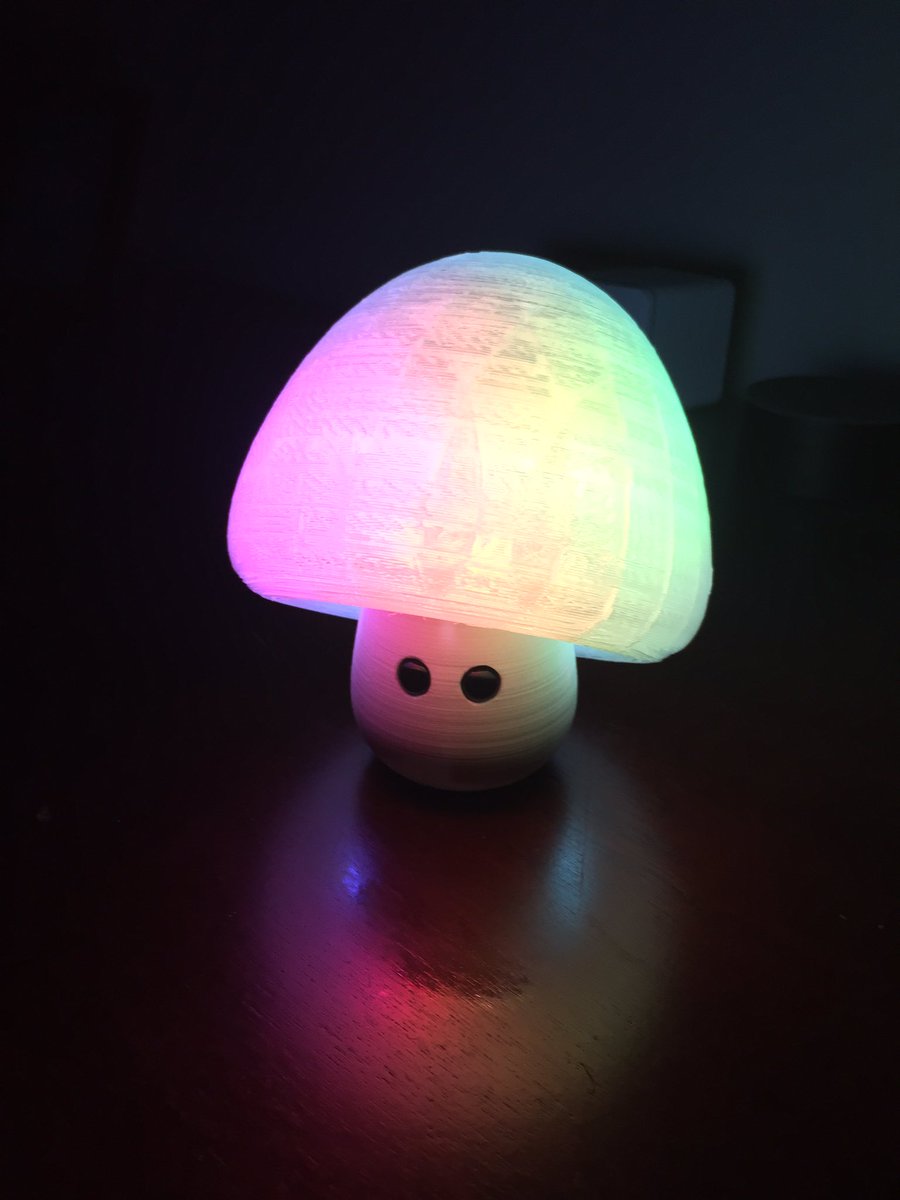 Stepping back from the mind-blowing concepts of interactive, intelligent robots, the physical build behind Mira and Lumens is equally impressive. As an animator, Alonso is highly skilled in 3D design using the computer animation software, Maya. And it was through Maya that Alonso sculpted his robots, enabling him to recreate the Raspberry Pi and components, and measure his 3D prints to the millimetre. Those blinking eyes that give Mira so much personality come from two ultra-thin screens that slip between the two layers of her body. The space was so tight that Alonso found himself having to sand down solder just to make them fit. And as for the way her ‘head’ moves over several axes? He took the idea of the joystick he’d used as a child to play games and recreated the function using 3D-designed and printed parts.

Mira and her growing family are constantly evolving, and we look forward to seeing how Lumens takes shape moving forward. Hands up who wants their own?