Can you do long-term radio astronomy with a Raspberry Pi? Yes, and one maker is mapping out the universe and might find out how old it is. Rob Zwetsloot investigates

ALBATROS is one of our favourite daft things in science: a backronym. It was originally created to mean ‘Array of Long Baseline Antennas for Taking Radio Observations from the Subantarctic’, as it started on the island of Marion which has a lot of albatrosses.

“We want to make a map of the sky at low frequencies, to lay the groundwork for future observations of the cosmic ‘dark ages’ – the time before stars formed,” Taj Dyson tells us. He’s a physics student at McGill University in Canada, and recently took a trip to the McGill Arctic Research Station (MARS) to take radio astronomy measurements using equipment made in labs at McGill. 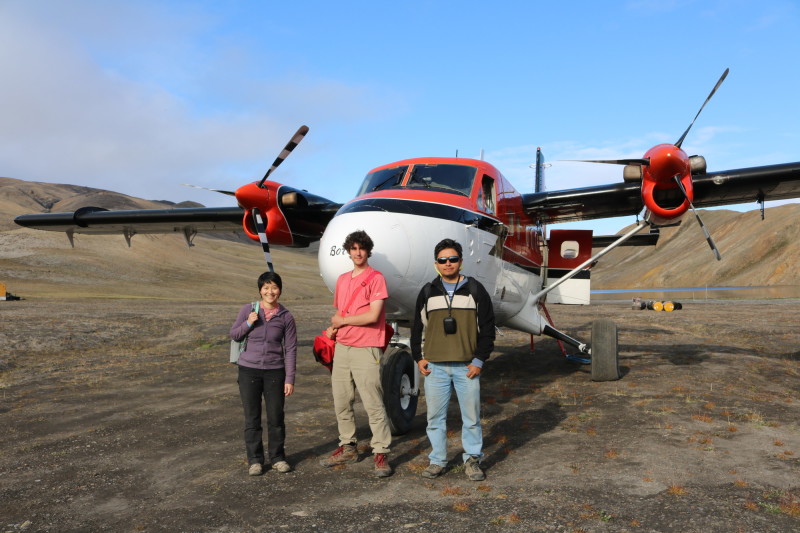 “What does frequency have to do with time?” Taj continues. “To understand, realise that the universe was mostly neutral hydrogen. This hydrogen naturally emits light, or ‘glows’, at a wavelength of 21 cm (or about 1400MHz in frequency). We know this frequency very precisely, and it’s emitted at the same frequency for all time. Due to the expansion of the universe, though, light from hydrogen that is further away is redshifted – that is, its frequency is reduced (in the Earth’s frame of reference). So, we can see light from hydrogen that is further away by ‘tuning’ our antenna lower in frequency.”

Looking for hydrogen in this way allows us to look into the past of the universe. While this is a technique pioneered in the sixties, human-generated radio waves have created interference that make it harder to do unless you’re in remote areas. There are other factors as well, such as solar activity, that make the polar regions very attractive.

“Getting several maps of the sky at several low frequencies would be the first step towards understanding a whole era of the universe that hasn’t been studied very extensively,” Taj explains, “laying the groundwork for future measurements that could provide insight into cosmological mysteries like dark matter or dark energy.” 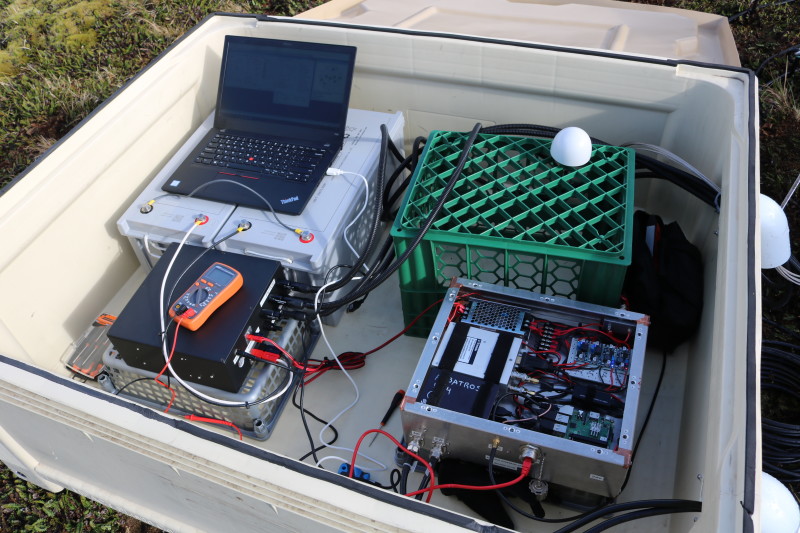 History in the stars

At Marion Island in the subantarctic Indian Ocean, several radio antennas are currently in use taking measurements of the sky. Taj and his crew are looking at expanding the operation to MARS on the other side of the planet to create another ALBATROS – ‘Array of Long Baseline Antennas for Taking Radio Observations from the Seventy-ninth parallel.’

“MARS is new to this project,” Taj says. “The first time we visited was last summer, and that was just to have a look at how much RFI [radio frequency interference] there is up there. A first look at the data suggests that MARS is very radio-quiet and will be an excellent place for future observations!”

Next summer they will return to set up antennas, the data from which is processed through a Raspberry Pi. 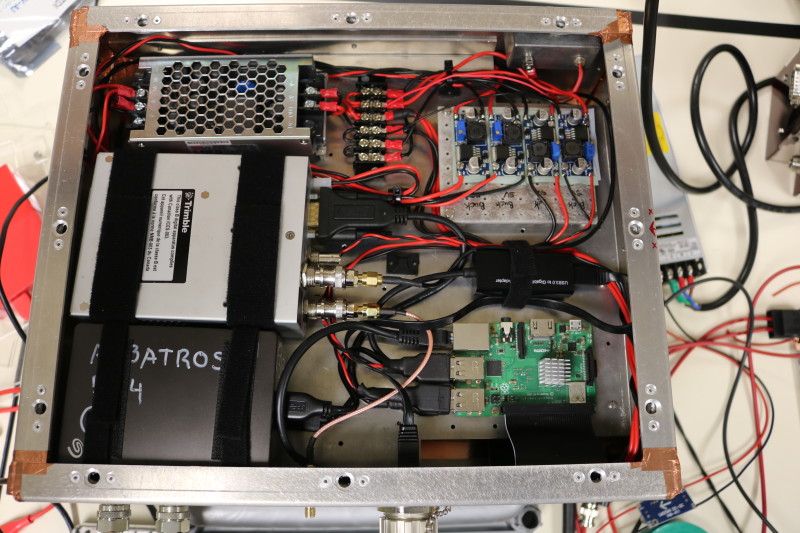 “Raspberry Pi has many desirable features for our application,” Taj mentions. “It can communicate directly with our field-programmable gate array (FPGA)…  the very expensive circuit board that turns analogue antenna signal into zeroes and ones according to rules we tell Raspberry Pi to send it… Configuring also prints out various bits of information useful for troubleshooting.

“Next, we run the actual data acquisition script (there are actually two types) on Raspberry Pi, which receives digitised signal from the FPGA through the Ethernet port. Raspberry Pi then writes that data to disk, either on the SD card for our small data volume mode, or on external SSDs for our huge ~10MB per second mode.

“Of course, our Raspberry Pi also saves logs from both of these programs to the SD, so they can be looked at later when something doesn’t work or gets forgotten. Raspberry Pi consumes a relatively small amount of power, which is nice considering we want to make autonomously powered stations.”

An experiment like this takes time, though – you can’t just turn on the antennas and get an instant readout of the universe. It may take years.

“The short answer is I have no idea [how long it will take].” Taj admits. “We are funded to go to MARS for two more years, but we hope this is just the beginning of a much longer observing program. It’s going to take a lot of R&D, antennas, and time to reach our ultimate goal of mapping the universe during cosmic dawn and the dark ages.”

The results will be worth the wait, however. “First [let’s] talk about cosmic dawn,” Taj continues. “When the first stars formed, their heat excited the hydrogen around them, causing it to absorb the cosmic microwave background (CMB) at a very specific wavelength. Since this event happened so long ago, the wavelength is now very long (again, due to redshift) and our low-frequency equipment can pick it up. So, we expect to see a slight dip in signal at a certain frequency (since we don’t know exactly how long ago this happened, we don’t know at exactly what frequency). [Other results] saw a dip that was about twice as deep as predicted, which means hydrogen absorbed more radiation than expected. This could have all sorts of cosmological implications. I’m not going to bet on whether [this] result was real or not.

“[Secondly] the mapping of the dark ages is not going to test any theory; it’ll provide a baseline for future low-frequency measurements.”

We look forward to seeing results in the not-so-far future to take a look into the very-distant past. 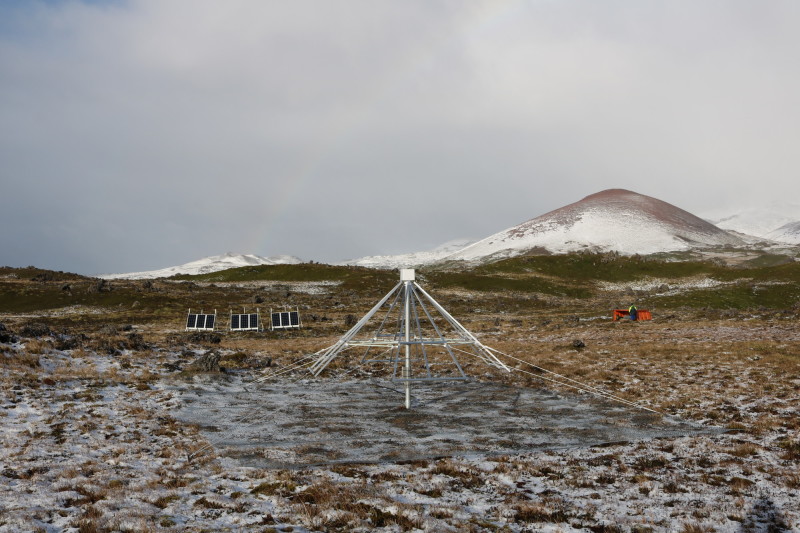 1. “At MARS, we had a main antenna set up at the base camp, and that was our main data-gathering tool. However, we also took smaller, more portable antennas with us on a helicopter.”

2. “[We took] a laptop and our data-gathering electronics – Raspberry Pi included – to take measurements in several different locations where we may put larger antennas in the future.”

3. “We thought maybe local topography would shield us a little from RFI (it’s strange: one typically thinks of an observatory on a hill, but really, for radio astronomy, we want to be in as steep a valley as possible!), but we didn’t see a difference by eye, looking at the spectra, between valleys and crests of hills.”