With broadband internet available to huge portions of the population, it’s easier than ever to connect to people remotely. The ubiquity of video calls and conferences means that you can have online gatherings like never before. For Abid Shah, this meant opening up places of worship to more people.

“My project involves streaming live audio and video from houses of worship (actually from anywhere with internet) to social media platforms such as YouTube, Facebook and more uniquely, straight to people’s homes,” Abid explains. “I have also designed and implemented an integrated prayer timetable.”

The prayer timetable is something Abid has been working for about nine years, when he noticed people were ringing up their local mosque to check on any changes to prayer times, which could happen every week. “This had me thinking that we need a way for the prayer times to be accessible on a virtual platform for users,” he says.

Luckily, he was thinking about how to digitise the timetable at a very fortunate time. “After some research about what platform I could use to host such a project, the original Raspberry Pi was already on the market and seemed in theory to be the natural choice,” Abid recalls. “Possibly the only practical choice as there was nothing else in the market in my budget range.” 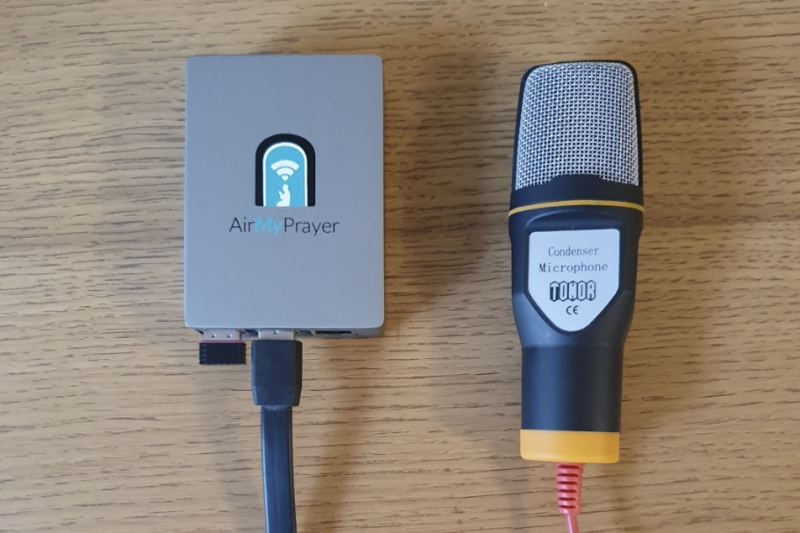 Using a client server setup, he was able to deliver a practical working example that is now being used in a several mosques. “To make it easier for the technophobes, I also have connected a Raspberry Pi to a smaller touchscreen monitor so one can easily change the congregational times,” he adds.

The prayer timetable is only one part of the system – the other is a broadcasting system. “Mosques up and down the country traditionally have used UHF radio transceivers to transmit sermons or call to prayers to people’s homes,” Abid says. “Unlike experiencing the call to prayer in Islamic countries over the loudspeaker, the best alternative was to receive it through UHF radio receivers installed in homes.”

As the internet is more accessible now than the range of these transceivers, it was a logical way of upgrading these calls to prayer. Abid got to work.

“I came up with three key requirements,” he explains. The first is to deliver five times daily “a call to prayer and sermons/events to people’s homes using audio and/or video reliably without any user invention and fully automated. Secondly, it needs to be a budget system as dealing with charitable organisations. Lastly, it needs to be portable so can be used in any organisation with Internet availability.”

The current AirMyPrayer system consists of a broadcasting Raspberry Pi at the mosque, which can use cameras or just a microphone, and a Raspberry Pi 4 that can receive the internet broadcast for people in their home. It uses a small touchscreen and is highly customisable – you can even connect to it on a phone. Check the website for more details: airmyprayer.co.uk.

Reception has been mixed – the older system has been in use for a long time, so changing to a new one has not been quick according to Abid. “However, with incremental improvements to the design and a focus on a more friendly user experience, the device became more accepted and now there are over 150 devices around my local area and still growing.”